Rate this item
(0 votes)
Efforts to bring international air service back to William P. Hobby Airport — and the successful collaboration between the Houston Airport System, Southwest Airlines, and an army of construction partners — earned the ambitious expansion of the airport the 2016 Project of the Year designation by Engineering News-Record.

In announcing its choice of Best Project, Airport/Transit, Engineering News-Record (ENR) noted the scope of the $156 million project, which included a state-of-the-art five gate international terminal and associated Federal Inspection Station facilities, plus an expansion to the terminal building to add a U.S. Customs and Border Protection international arrivals processing facility, as well as the new Southwest ticketing lobby, a new parking garage and a number of supporting projects in and around the airport.

ENR highlighted the work of more than two dozen project partners, including general contractor Hensel Phelps Construction and lead design firm Corgan, noting that the wide-ranging work was completed in time to begin international air service on schedule, and completed on budget. As well, ENR noted the value of the collaboration between the airports and Southwest, saying that “history of collaboration proved beneficial to the team as they moved forward with the project.”

“We appreciate this honor from Engineering News-Record, and the recognition for both the impact of this project has had on the traveling public, and the value we were able to create through successful partnerships with our airline partners,” Houston Aviation Director Mario C. Diaz said. “Because of that effective teamwork, Hobby Airport was completely transformed to become a four-star air transportation center, and now stands as a testimony to all that can come from a successful public-private partnership.”

In the year since the inaugural flight from the freshly minted 280,000-square-foot complex in October 2015, nearly 800,000 international passengers have utilized all the new facility has to offer. The modern concourse design boasts five gates — “swing gates” that can accommodate both international and domestic travelers — an expansive ticketing area equipped with self-tagging kiosks to speed up the check-in process, abundant seating in the gate areas that feature seats with electric outlets for charging phones and personal devices, and modern customs facilities that include 14 Automated Passport Control and six Global Entry kiosks to streamline Customs screening and baggage processing for arriving international passengers.

Engineering News-Record is a long-standing publication that focuses on engineering and construction news, analysis, commentary and data. ENR reports on the top design firms, both architects and engineers, and the top construction companies as well as projects in the United States and around the world. It has a weekly magazine with more than 47,000 paid subscribers and a website that attracts nearly 200,000 unique visitors per month. 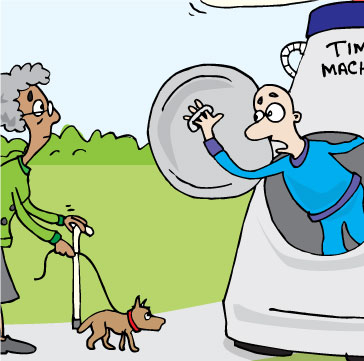 Deadline for submissions is October 10.