Houston resident Phyllis Estes is not shy when it comes to calling the city repeatedly about illegal dumping in her Nathaniel Brown Street neighborhood. She doesn’t just complain, though: She’s also willing to sing the praises of city workers for a job well done and going above and beyond, as she did when HPW employees resolved a sewerage issue. Here’s what she wrote in a letter to the Mayor’s Office:

I wanted to take the opportunity to acknowledge the excellent work I experienced from the Public Works Department. I know I have a reputation of complaining about the illegal dumping which still has not been picked up. But my thought process is if a city employee does a good job, they should be acknowledged even more than those who do not.

Today when I woke up, I heard a bubbling sound. When I went to the back bathroom, water was bubbling up and out of the toilet. I checked the guest bathroom water was on the lower part of my wall, over the floor, toilet tissue and it smell like sewage. I called 311 and reported the incident.

Truthfully, I didn't expect a response. I texted a plumber and prepared to go on with my day. But to my surprise, Ms. Denise Benson with HPW was parked in front of my house.

I asked her if she was responding to my 3-1-1 call. She said, yes. I couldn't believe it. I gave her pictures that I had taken, and she allowed me to take pictures for her.

She contacted her supervisor, and I went to my class. I didn't expect much more. But while I was at the class, Ms. Benson texted me to come back home.

When I arrived home, Mr. Allan Warren, HPW maintenance manager, and HPW Assistant Maintenance Manager Alfredo Ayala were parked in front of my home with Ms. Benson. I had been informed that the drains had been blown out in my area. This caused the problems in the bathrooms.

Short version: I discovered that there are employees with the City of Houston that do what they say they are going to do. AND they can get it done in a timely fashion — same day.

I'm still waiting for the illegal dumping to be picked up. It was even discussed by the Public Works employees when they saw it. But I'll discuss that in my next letter on illegal dumping. Today I give two thumbs up for city employees who followed through with a job well done. And I am so grateful.

May God bless each employee, supervisors, and the workers who clean the bathrooms. 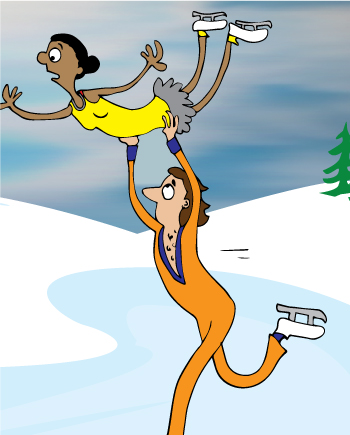