Traveling is always a wonderful experience … until you lose something. In today’s technology world, losing something like an iPad can have dire consequences.

For one traveler, help came in the form of IAH staff, who swooped in (see what I did there) to help save the day. (NOTE: Recovery of the iPad was a team effort initiated and led by Neo Aik Sia, IAH Staff Analyst for the Safety Management System (SMS), with coordination and assistance from: , Melanie Brown, IAH division manager of customer service; IAH Landside, Bobby Miller and Russell Marine; IAH Airport Car Rental, Mario Spencer, Rose Garcia and Charles Maxwell; and Airport Security, Phillip Springer).

Here's what the iPad owner (identified as Brock) wrote:

I was traveling with my friend Grace to visit her friend Neo in Houston for the weekend on Sept. 11. As we may wish to relocate to Houston, Neo showed us around the city, new housing estates, restaurants and getting to know IAH.

On Sept. 13, it was time for us to leave. Grace and I gathered our stuff from the hotel, stopped for breakfast, dropped off the rental car and got in the TSA line to board our flight. When the TSA agent asked me to remove any tablets or computers from my bag, I opened my backpack and found, to my horror, that my iPad wasn’t in the usual pouch.

With a crowded line of people behind me, there was no time to perform a full search, but the X-ray machine soon confirmed that I had lost my iPad! We deliberated about what to do, and I used an app on my phone to help locate my iPad by pinging it. The app showed it to be in the parking garage where we dropped off our rental car. I wanted to go back, but I’d miss the flight.

We tried calling the rental car company, but we couldn’t get through to anyone. Grace convinced me to get on the flight, leaving the iPad behind. She called her friend Neo to explain what happened. Neo immediately sprang into action. He located the rental car, which was just cleaned in the rental car return garage, but there was no iPad in the car. There was no word from any of the lost and found services, nothing reported by the car rental agency, restaurant or hotel.

I had given up and decided to buy a new iPad. Neo, however, was persistent. He asked good questions and requested for another ping even though, it appeared to be hopeless. He helped to confirm where we’d been and narrowing it down to where it was last seen, which was in the back seat of the rental car at the rental car parking garage.

After two days of pinging the iPad, it had moved away from the rental car center to an address close to the airport. On Wednesday, I got a text from Neo that read, “I have your iPad."

From what I have learned, Neo got help from numerous agencies at the airport. I gave him the code to unlock it, and he sent me pictures confirming it was true. Unbelievable but true! But how? Neo started to explain that he’d gone to the car rental company with help from various agencies, spoken with the manager and explained the situation. The management was able to track down the individual responsible to recover the iPad.

There is admittedly some gray area here. The person who found it did not try to return it, but powered it off, which hid its location. I jovially paid for a shipping label for Neo to send my iPad back. I thanked him profusely for a heroic effort long after I’d written it off as lost and gone forever.

He packed it up, confirmed the tracking information and was over the moon that the hard work had paid off! I must admit I’m quite impressed myself and delighted to have a persistent, well connected, and a kind-hearted friend at IAH.

I truly appreciate all the assistance that Neo and others put into this recovery of my iPad. As a customer of the airport, I am so very pleased and thankful how people went above and beyond to make me, their customer, happy. We will be visiting Houston again, hopefully soon with IAH as our favorite and most preferred airport!

Read 436 times Last modified on Tuesday, 16 November 2021 16:48
Tweet
Published in Extra Milers
More in this category: « Resident gets a charge out of COH experts’ help with solar panels Officer Hussain makes an impact in his community »
back to top 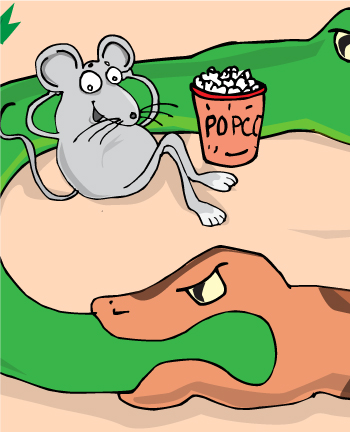 The captions are in. Vote for your favorite by July 10. Click here to vote.