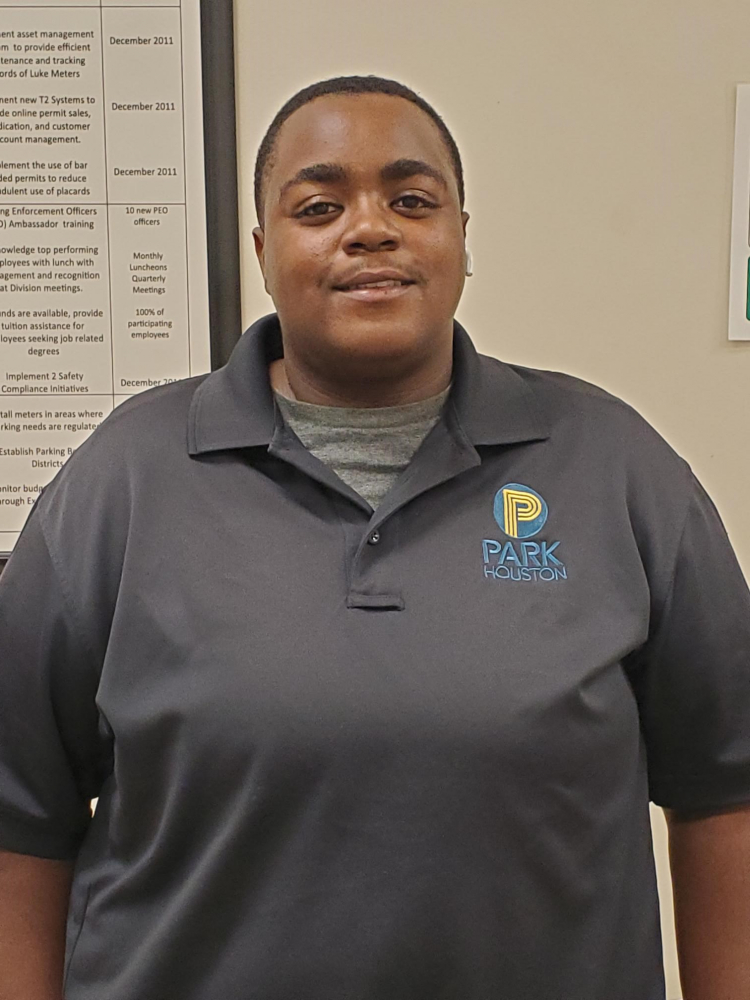 Houston resident Gordon Baxter wrote a note of thanks to the city’s Administration and Regulatory Affairs Department describing a modern-day good Samaritan story, only this story unfolded on Scott Street instead of the road to Jericho.

“I just wanted to let someone know about the encounter that I had with one of your officers,” Baxter wrote to ARA. “I had the pleasure of running into Brishanna Larkin, and she is a life saver. My car broke down while I was driving on Scott Street. I had no idea what was going on or what I was going to do. She was passing by and she just so happened to stop and ask me if everything was OK. I then informed her of what was going on with my car. She offered to help me push the car out of the street.

“I didn’t want her to push because I was by myself and I wouldn’t be able to help her. She told me it was OK, that she could push the car by herself, and that’s exactly what she did. She pushed it out of the street and then she looked under the hood. I’m not too sure what she did, but she was able to get it started and I made it home.

“I just wanted someone to know that she is really a blessing,” Baxter wrote. “I was sitting out there for 30 minutes, and she was the only person that decided to stop and lend a hand. I am very thankful that I ran into her. She gave me hope that there are still some good people out there. I just wanted to share my experience and let you guys know that she is awesome.”

More in this category: « HPW Transportation and HHD join forces to tackle COVID-19 vaccination clinic Care and compassion on the other end of the telephone line goes a long way for Lilienthal »
back to top