A team from Houston Public Works responded and resolved a sewer problem so fast that the Glenbrook Valley couple who reported it felt compelled to forward their praise of the HPW team to the Mayor’s Office.

Mr. & Mrs. Jose A. Barrera of Glenlea Street wrote in a letter to Mayor Turner that an HPW representative responded quickly to their report of a sewer problem in their neighborhood that affected their house and a neighbor’s after a heavy rain. And an HPW crew resolved the problem a day later.

“The purpose of this letter is to thank the Public Works Department for quickly responding to a sewer problem,” they wrote. “During heavy rains on Thursday, December 31st, the sewer line to our home backed up with water. We contacted our next-door neighbors and they told us their sewer line was also backed up. We noticed that a sewer manhole behind our homes was covered with rainwater that was rapidly draining into the sewer line. A couple of hours after the rain stopped all water drained away and we could resume use of our bathrooms, etc.”

The Barreas wrote that they emailed 311 on Jan. 5 to report the issue and initiate a service request.

“On Thursday, Public Works Inspector Joseph Nunez came to our home and patiently listened to our problem and inspected the manhole and informed us that he would report the problem,” they wrote. “On the very next morning a Public Works crew arrived and made some repairs to raise the manhole higher and hopefully correct the problem. We were told that if the problem was to persist that the manhole was very old and may have to be ‘retired.’

“Mayor Turner, Public Works employees responded promptly and were all very respectful. We truly appreciate repairs being done so quickly,” they wrote. 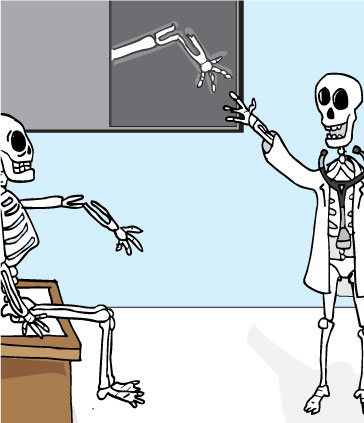 The captions are in. Vote for your favorite by March 10. Click here to vote.