Jose Barrera reported a city sewer line behind his and his wife’s house, which would back up after rains causing water to enter their house and prohibit use of their toilet and tub.

The city’s response impressed him and prompted him to thank Health Department environmental investigator Funsho Sekoni, as well as Houston Public Works.

Mr. Barrera wrote that: “On June 8 a Public Works investigator came to our home and assessed the situation, and we were told that a camera, at a later day, would be used to determine the problem.

In those first days Mr. Funsho Sekoni, an environmental investigator from the Health Department, also came and inquired into the problem.”

City workers identified the problem and outlined the remedy.

“We were told that repairs would follow,” Mr Barrera wrote. “Mr. Sekoni, from his initial visit, expressed a very caring attitude and assured us that the repairs would be taken care of. Mr. Sekoni kept making contact with Public Works and would inform us on the developments.

On June 30 Mr. Sekoni visited our home again and told us the repairs were scheduled for the following day. Sure enough on the next day repair crews arrived and completed the work by the end of the day. Mr. Sekoni visited with us on that day as well.

“My wife and I both could see that Mr. Sekoni was genuinely as concerned about our sewer problem as we were. It was a blessing to have Mr. Sekoni making sure that the necessary repairs were completed.

“In summary, Mr. Sekoni is truly a valuable asset of the City of Houston. He exemplifies the finest in public service.” 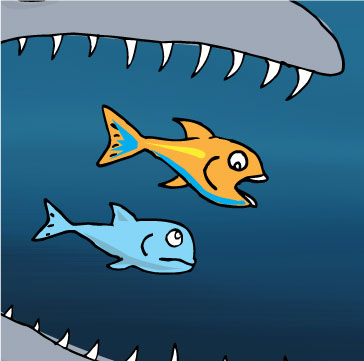 The captions are in. Vote for your favorite by September 10. Click here to vote.