Harry Caldwell, the no-nonsense former police chief of Houston, died Nov. 5 at the age of 90. 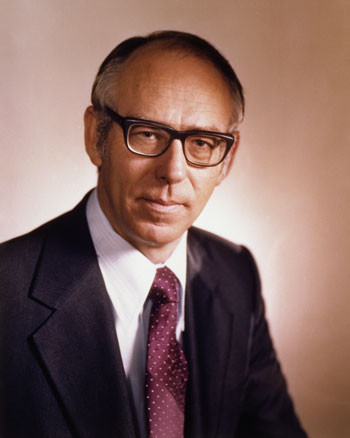 Caldwell was police chief during the late 1970s during a turbulent, scandal-plagued period. He guided the department during its most controversial incidents involving the deaths of Joe Campos Torres and Randy Webster.

Those incidents laid the groundwork for Caldwell reaching out to local minority communities to discuss police reform and rehabilitation, which in term led to the Neighborhood/Community Oriented Policing model.

A native of Roberson County, near Franklin, Texas, Caldwell joined the United States Marine Corps after he graduated from high school in 1948. He served in the Korean War, was a member of Gen. Douglas McArthur’s security detail, and was also a drill instructor.

Caldwell joined the police department in 1953 following his military service. His time in the Corps shaped his outlook, as he checked his officer to ensure their shoes were shined, their appearance neat, and that they put on theirs when they got out of their squad cars.

He spent more than 20 years in the department, working as a patrol officer, then as a supervisor in crime prevention and homicide divisions, among others. He served as the police chief from 1977-1980.

During his tenure, Caldwell instituted the department’s first set of general order, created Spanish classes for officers, made the department’s use of force policy tougher and formalized creating the internal affairs division. He also hired psychologists to screen incoming officers to ensure they were mentally fit for the rigors of the job.

Following his retirement from HPD, Caldwell met Joan Burton while participating in a Saltgrass Trail Ride. After several years of dating, he and Burton married in 1988. He continued to teach and worked as a security consultant, and was also served an expert witness for prosecutors and defense.