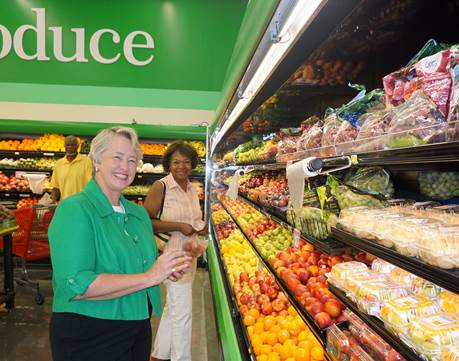 Once declared as a food desert, South Union Community now has a new source of nutrition in the neighborhood. Pyburn’s Farm Fresh Food store, 7125 Scott Street, opened its doors to the community on Friday, July 31, when city of Houston leaders cut the ceremonial ribbon.

Pyburn’s store offers fresh fruit, vegetables, an a large array of meats such as: boudain, seasoned pork chops, marinated pork riblets, marinated chicken wings and smothered chicken to name a few. The store has employed more than 40 jobs to residents of the community.