Managing your diabetes this holiday season 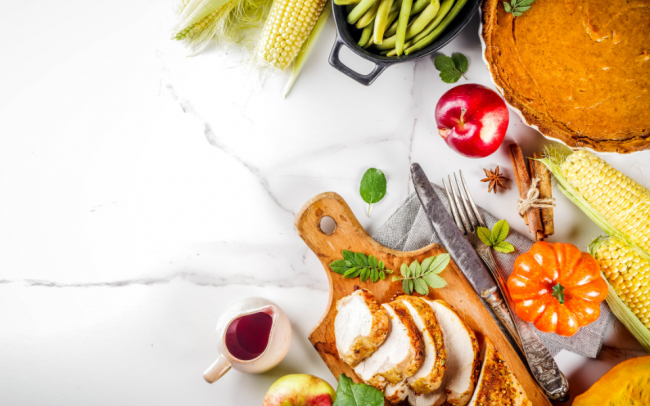 Create a plan to help you stay on track.

In fact, nearly half of adults 45 older living with Type 2 diabetes were found to have a harder time managing their diabetes during fall and winter seasons, according to a new survey for the American Diabetes Association.

Stress alone isn’t a cause of diabetes, but it can lead to a pattern of unhealthy behaviors that can derail your diabetes management plan. For older adults living with diabetes, a break in their plan could put them at risk for hypoglycemia, or low blood sugar.

Dr. Vinita Bhagia, the Chief of Endocrinology at Kelsey-Seybold Clinic, said there is a greater risk of low blood sugar in older adults living with diabetes due to aging, decreased kidney function and medications used to manage their blood sugar.

“If our kidney function isn’t good, these medications stay in the body longer. And that’s why the risk of low sugar is higher,” Bhagia said.

“If these symptoms happen its best to…. check our sugars to make sure we’re not having low sugar,” Bhagia said. “A low sugar, technically…is less than 70mg/DL.”

Checking your blood sugar level regularly is the most important way to manage your diabetes, according to the Centers for Disease Control and Prevention. Bhagia offers a few other tips to help you stay on track this holiday season:

Bring a healthy dish. Bhagia recommends bringing a salad or healthy substitute for traditional holiday dishes. In doing so, she said you ensure having a healthy option to fill your plate.

“Choose foods that are rich in essential nutrients like whole fruits, whole grains and nonstarchy vegetables and avoiding excessive intake of sugar,” she said.

Eat close to your usual time. Holiday dinners can vary, but Bhagia says eating at regular times throughout the day can help keep your blood sugar steady. If a holiday dinner is served later than normal, Bhagia recommends eating a healthy snack at your regular dinner time. “You can certainly eat the holiday meal later,” she said.

Portion control. For the most part, Bhagia said she doesn’t put any food on a no list. She said rather, it’s about portion control. “Yes you can have that apple pie, but eat a small piece,” Bhagia said. “Don’t overdo it.” 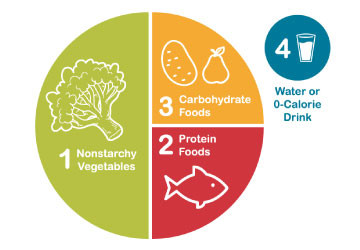 “If you have a sweet treat or dessert, try to have less carbs during the meal,” she said.

Bhagia recommends filling half your plate with nonstarchy vegetables, one fourth with carbs, and one fourth with protein. “For a classic Thanksgiving dinner, you know you can have some salad, or we can have green beans,” Bhagia said.

“The other quarter…we can put some turkey with gravy on top…the other fourth can be filled with mashed potatoes or sweet potato casserole.”

Bhagia also said to avoid sugary cocktails. “A glass of wine would be better than drinking a margarita,” she said. This is largely due to sugary alcohol mixers that are used to make cocktails.

Get moving. To help alleviate some of the fullness you might feel Bhagia recommends going for a walk after dinner. Walking can improve digestion, reduce stress and improve blood sugar levels, according to the CDC. The CDC recommends at least 150 of moderate-intensity physical activity minutes per week.

Other things to consider

“We talk about a number called hemoglobin A1C. This is an average of our sugar over three months,” she said. “In our older individuals, typically 65 years or older, especially patients with comorbidities…we try to keep their A1C a little bit higher, maybe a 7 to 7.5.”

“Based on the ADA guidelines we say this number should be less than 7. The lower the number, the better the sugar control,” Bhagia said.

Bhagia also said it’s important for older patients to get blood work done every three months and to check sugars at least once a day in the morning, fasted.

More in this category: « Stress and your skin: The toll it takes and what you can do about it
back to top
© 2023 COH EMPLOYEENEWS