Are you at risk for sarcoma? 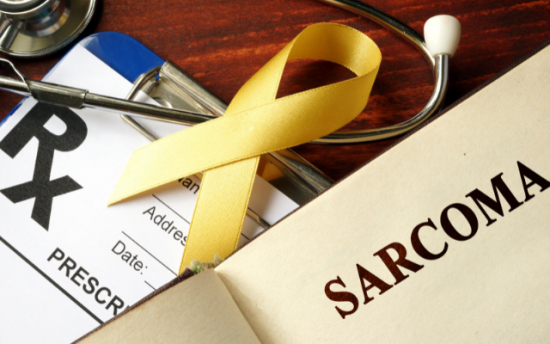 Learn about this cancer’s risk factors, diagnosis, and treatment.

More than 13,000 diagnoses of soft tissue sarcomas will be made in 2022, according to the American Cancer Society. Of those diagnoses, at least 5,000 are expected to end in death. That’s why it’s important to learn about ways to reduce your risk for this forgotten cancer. Here are some things to consider when it comes to sarcoma:

Risk factors may indicate you might be more prone to developing a certain type of cancer. Know this. Even if you have multiple risk factors, it doesn’t necessarily mean you will get cancer. Scientists have discovered people with the following risk factors are more likely to develop sarcoma:

The best way to treat cancer is through early detection and diagnosis. If you have a family history of soft tissue sarcomas or suffered from cancer in childhood, you should talk with your doctor about genetic testing. Discuss your risk factors, family history, and if genetic testing is right for you.

Doctors do not recommend tests for people with no family history of sarcoma or sarcoma risk factors. Instead, be proactive about your health and let your doctor know immediately about signs or symptoms that might be caused by sarcoma.

About half of soft tissue sarcomas start in an arm or leg, according to the AMC. This lump might have grown over time. It may or may not hurt. Rarely, sarcomas start in the chest, head or neck. Here are some signs and symptoms to look for that your doctor should check:

Common treatments for sarcoma depend on the type, location, and stage of cancer. When possible, surgery to remove the sarcoma is the only way to cure it. This can be followed up by radiation. If a patient is not a good candidate for surgery, radiation or chemotherapy approaches might be used. Targeted drug therapy might also be used, again, depending on the type of sarcoma being treated, the location of the sarcoma in the body, and the stage of the cancer.

Tweet
More in this category: « Fast facts about men’s health Test your vaccine trivia knowledge »
back to top
© 2022 COH EMPLOYEENEWS