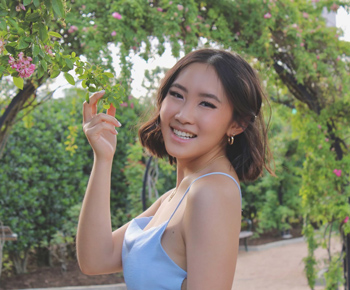 Tiffany Nguyen graduated from Klein Forest High School ranked third out of a class of 860 students. She plans to study nursing at the University of Texas at Austin.

Tiffany was a Klein ISD superintendent council student representative and was also named an AP Scholar with distinction. She competed as a member of the junior varsity swim team as a freshman, worked as a math tutor, and was a member of the Academic Decathlon Team.

As a volunteer with the Houston Food Bank, she helped deliver food and essential supplies for COVID-19 relief, directed traffic flow and organized volunteer duties, and ensured the safety of volunteers by encouraging water breaks and shift switches. As a volunteer with the K-9 Angels Rescue Animal Shelter, she assisted shelter coordinators by contacting foster owners oversaw potential adopter’s interactions with animals, walked dogs and helped maintain the cleanliness of the facility. 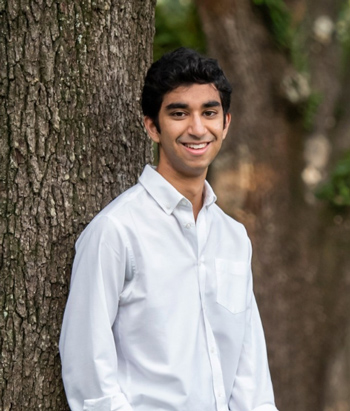 Rahul Rapani graduated from St. John’s School. He plans to major in Business and Plan II Honors at the University of Texas-Austin.

Rahul participated in the Teen Volunteer Leadership Program at MD Anderson Cancer Center for two summers, logging nearly 300 hours of volunteer work. He was also a tutor for Summer Express, a program that teaches Math and English to newly settled refugees in the Houston area. As an Eagle Scout and member of Boy Scouts of America Troop 125, he participated in various service projects, including cleanups at the Houston Arboretum, supply drives, restoration and recovery efforts in the aftermath of Hurricane Harvey, and conducted a food drive in West University, collecting more than 500 pounds of non-perishable items that were donated to the Houston Food Bank for families in need throughout Southeast Texas.

Rahul was the Business Manager for his school newspaper and president of his school’s South Asian Affinity Group. He spent his weekends tutoring students at Breakthrough Houston, an education non-profit dedicated to helping under resourced communities. Since the 11th grade, he has worked part time at Mathnasium, helping students from Kindergarten to 11th grade with a variety of mathematical concepts. As a high school junior, Rahul served on The Mayor’s Youth Council of Houston. 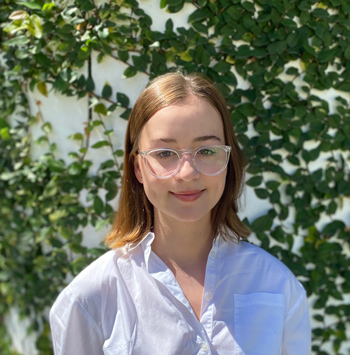 Talia Cohen-Fette graduated from Carnegie Vanguard High School. She is planning to attend McGill University in Montreal, Quebec Canada, where she will major in Urban Planning.

Talia was a member of the Carnegie Vanguard High School soccer team as a starting right defender and center defensive midfielder in her sophomore and junior years. She was a member of the Mu Alpha Theta Math Honor Society, competing in math competitions ad helping teach at the high school Summer Math Camp for underclassmen. Talia was also president of the school French Honor Society, where she helped plan various service projects and tutored students who took French.

She also competed for the school’s UIL Track & Field team during her junior and senior years, and was a member of the Women in Science and Engineering club and Neuroscience club. 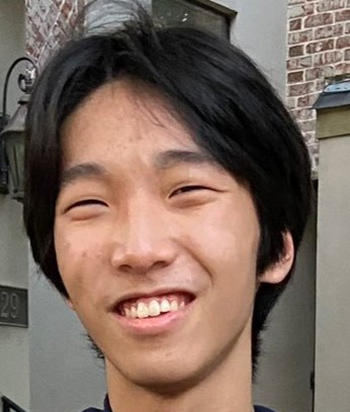 William Chen graduated from Carnegie Vanguard High School and will attend Northwestern University, where he will major in Economics and Mathematics.

William attended DeBakey High School for Health Professions as a high school freshman and transferred to Carnegie Vanguard High School in his sophomore year.  He was president of the Quiz Bowl club. His achievements include the following: USA Biolympiad semifinalist, National Merit finalist, VEX Robotics Worlds quarterfinalist.  He was a three-time qualifier for the High School National Championship Tournament for Quiz Bowl.  A former violist in Houston Youth Symphony, William was also an Honorable mention and 2nd ranked at the Blinn College Piano Competition.  He is also an Eagle Scout with the Boy Scouts of America Troop 11. 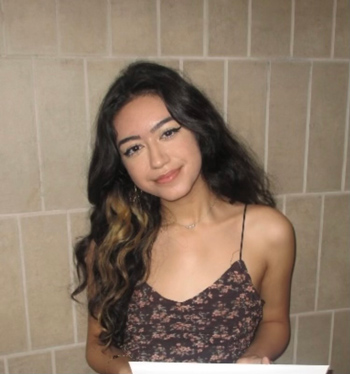 Stephanie Mena graduated from Clear Horizons Early College High School. She plans to study marketing at the University of Houston.

As a dual-credit student, Stephanie worked hard juggling both high school courses and college courses. Her efforts resulted with her graduating this May with my high school diploma and Associates degree. She involved herself in many school clubs, such as the National Honor Society, Spanish Club, Student Council, and Business Professionals of America, even serving as Secretary of the Spanish Club and Historian of the Debate Club in previous years.

Stephanie completed 50+ hours of total volunteer work these past few years all around her community, helping out her local library, volunteering at the festivals of local schools in her community, and have even had the opportunity to help out at the Houston Food Bank a few times.

Winners will be recognized at a ceremony on June 9 at City Hall.

Cigna is one of the largest health provider networks in the United States, and they specialize in offering consumers and employers access to affordable, quality health care and top-notch service.

Cigna has been the sole sponsor of the PSRW Essay Contest scholarships since 2014.

If you have questions or comments please contact the
PSRW Coordinator for further details.