Salient is an excellent design with a fresh approach for the ever-changing Web. Integrated with Gantry 5, it is infinitely customizable, incredibly powerful, and remarkably simple. 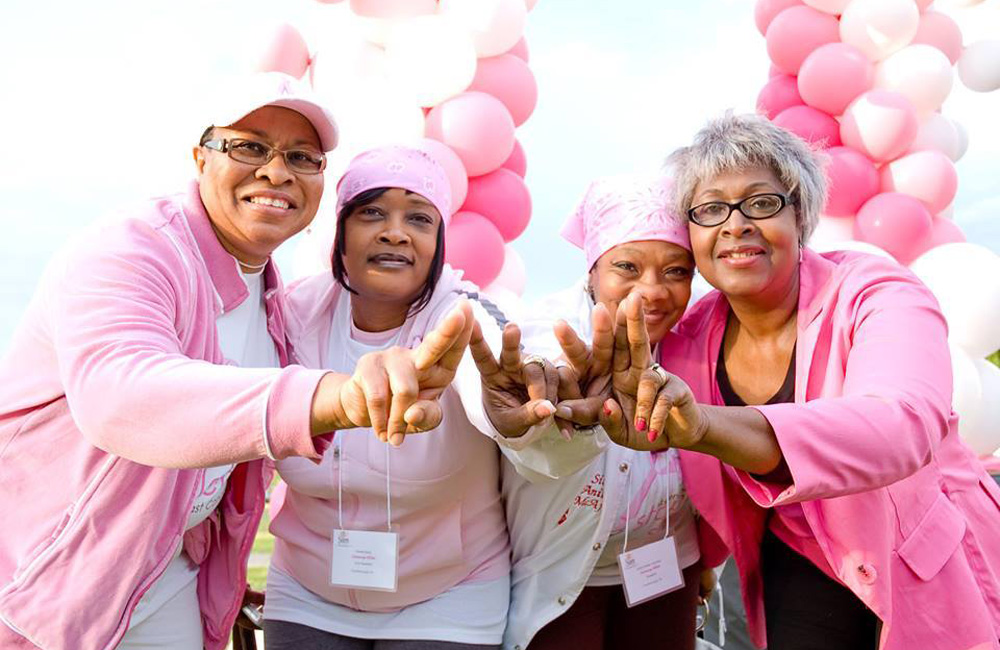 “You want to give people hope,” said Henry, a procurement specialist for the city’s Health Department.  “You want to let them know that even though they’re battling a disease that most people feel is life threatening—if you have the right attitude and the right fortitude, you can make it through anything.”

That’s why Henry donates to and volunteers with The Rose, Angels Surviving Cancer and the Sisters Network, three Combined Municipal Campaign agencies that offer support and resources to women diagnosed with cancer.

The CMC, an annual giving campaign, gives city employees a chance to donate to charitable agencies that support local, national and international causes.

Although each agency’s individual mission differs, Henry believes they stand united in their vision to end breast cancer.

“These CMC agencies give people the opportunity who don’t have resources to be assisted as they go through whatever journey they are going through, regardless of what stage,” Henry said.

These agencies’ missions include providing breast screening services and holding annual fundraising events that benefit cancer survivors and their families.

“Being a breast cancer survivor and at the time being introduced to what these organizations do, it was just a passion of mine of being able to give back,” Henry said of why she donates to and volunteers for these CMC agencies, which rely solely on volunteers and donations to provide their services.

This year’s 2020 “It Starts with Me” campaign highlights how change starts with you. By donating to or volunteering with a CMC agency, you are taking an active role in making a positive impact in the lives of others.

“We want to let city employees know that all it takes is one person to make a difference,” said Jennifer Cobb, citywide coordinator for the CMC. “It’s up to each of us to take that first step towards creating a spark for giving.”

“I want to make sure I’m contributing to that cause,” said Nwambuonwo, a performance consultant for the Houston Airport System.

A longtime CMC donor, Nwambuonwo believes in the work CMC agencies are doing. When his mother passed away this past March, Houston Airport Interfaith Chapels reached out to him.

“It was a consolation to me that somebody cared enough to ask,” said Nwambuonwo of Interfaith, a CMC agencythat provides places of worship for the traveling public and airport community. “They let me know they were there if I needed help or assistance.”

After Hurricane Harvey wreaked havoc on Houston in 2017, Interfaith donated $117,750 to 197 badged HAS employees who suffered significant loss.

“It means a lot, because there are a lot of people who are hurting,” said Nwambuonwo of the chapel’s proactive stance toward helping those in need.

“You don’t need to come to them, they will come to you,” he said.

One pup at a time

That same proactive stance for helping is why Jacy King started volunteering with Pup Squad, a CMC agency that rescues abandoned puppies and mama dogs off the streets.

“I like their mission,” King said of Pup Squad, which has found homes for 5,000 dogs over the past 10 years. “They focus on puppies, but they never leave the momma dog behind.”

A management analyst for HHD, King started volunteering with Pup Squad after she adopted her dog Kirby from BARC, the city’s animal shelter.

“Helping homeless and abandoned dogs is a passion of mine,” King said.

King, a lead volunteer, oversees adoption events the first and third Sunday of each month.

“I answer questions about adopting costs and what it entails,” she said. “Any questions they have about owning an animal and the responsibilities.”

Last year, King volunteered 76 hours of her time to help with adoptions and fundraising events.

“When you’re passionate about something, that’s something you’re going to enjoy doing,” King said.

“I will always have to do something to do when it comes to stray animals,” she said. “I’m just really happy that Pup Squad gives me an avenue to do so.”

Cobb said she hopes this year’s “It Starts with Me” campaign helps employees realize the great impact they can have across the city.

“That one donation, or those couple of hours of volunteering can support a movement of change,” she said. “It starts with each of us.”

Last year, generous city employees donated $959,580 to 750 CMC agencies. This year’s campaign runs through the month of October. To learn more about donating to the CMC, or to see a list of CMC agencies visit https://cohemployeenews.com/home-cmc. 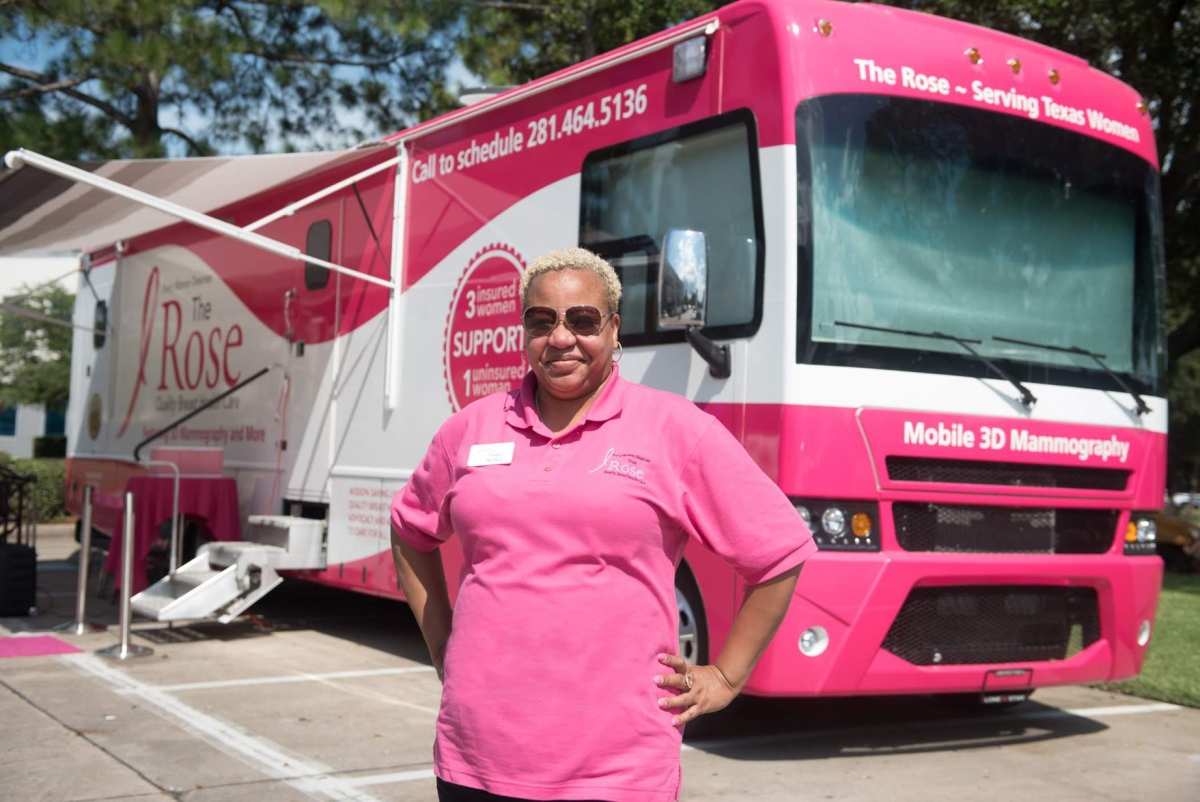 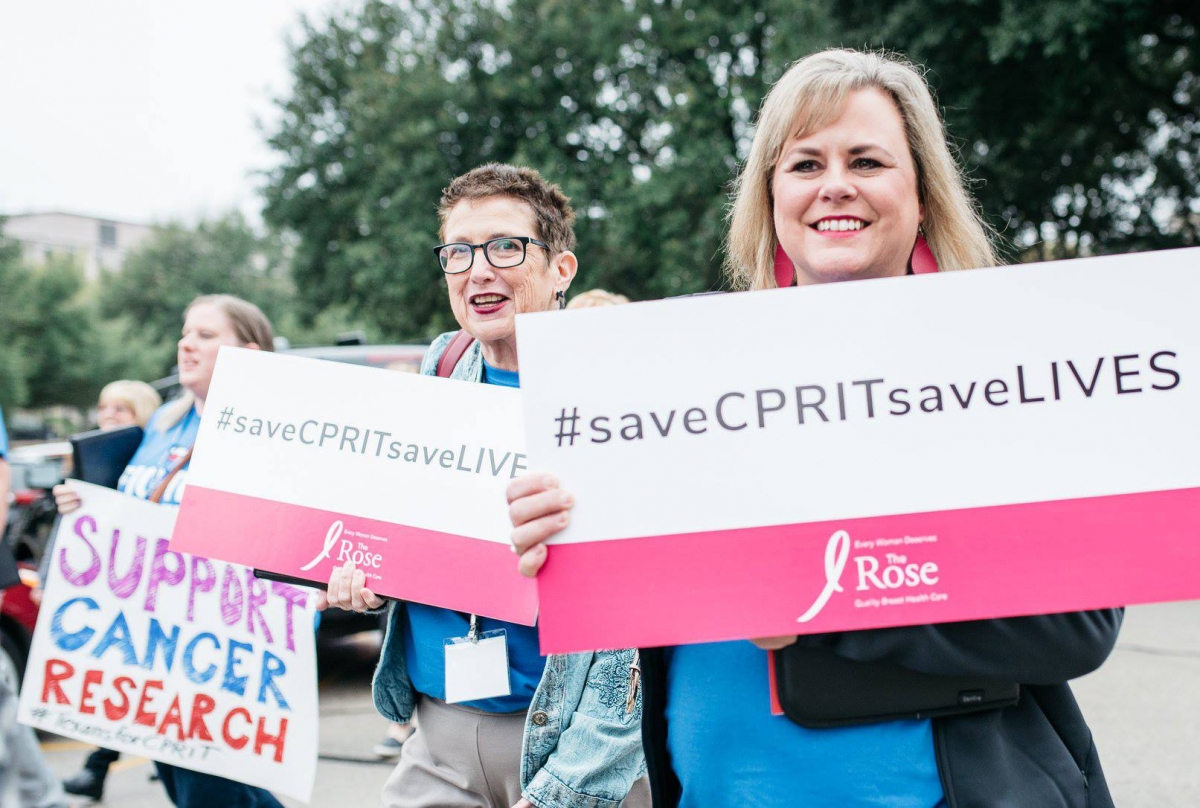 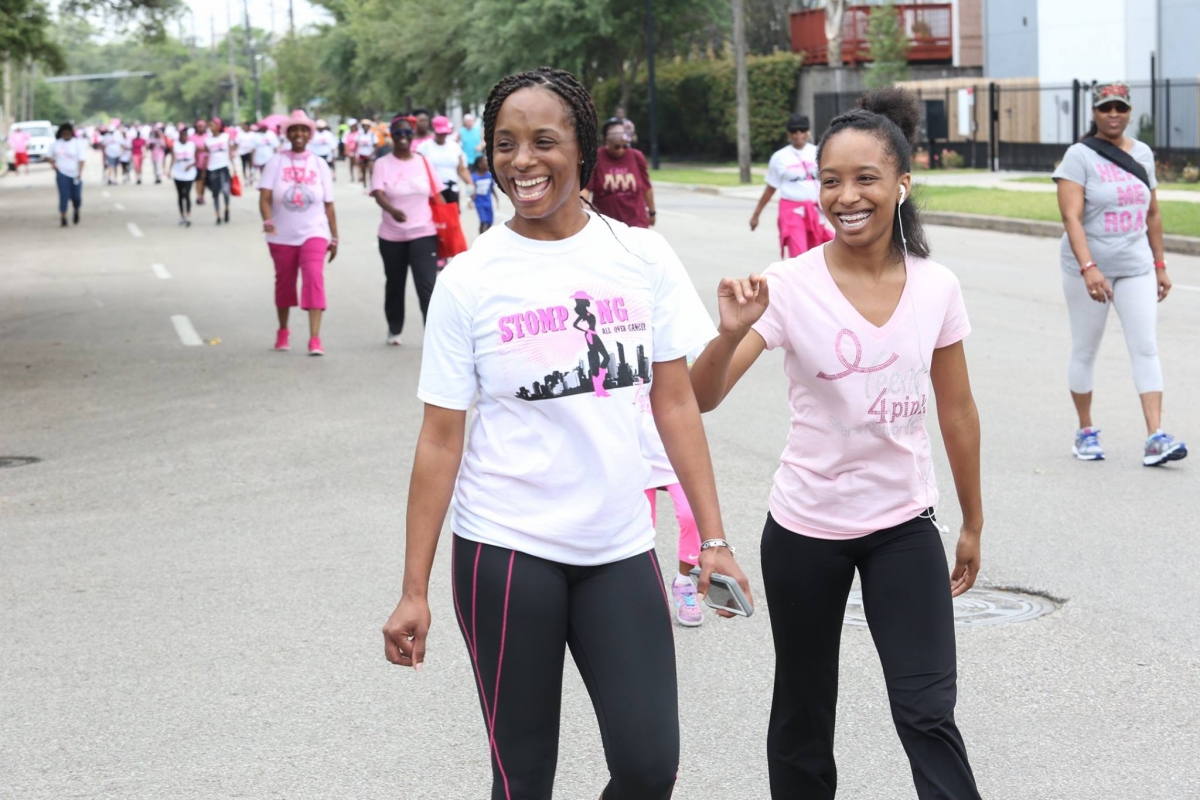 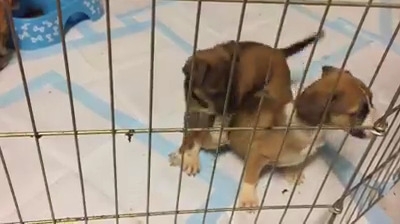 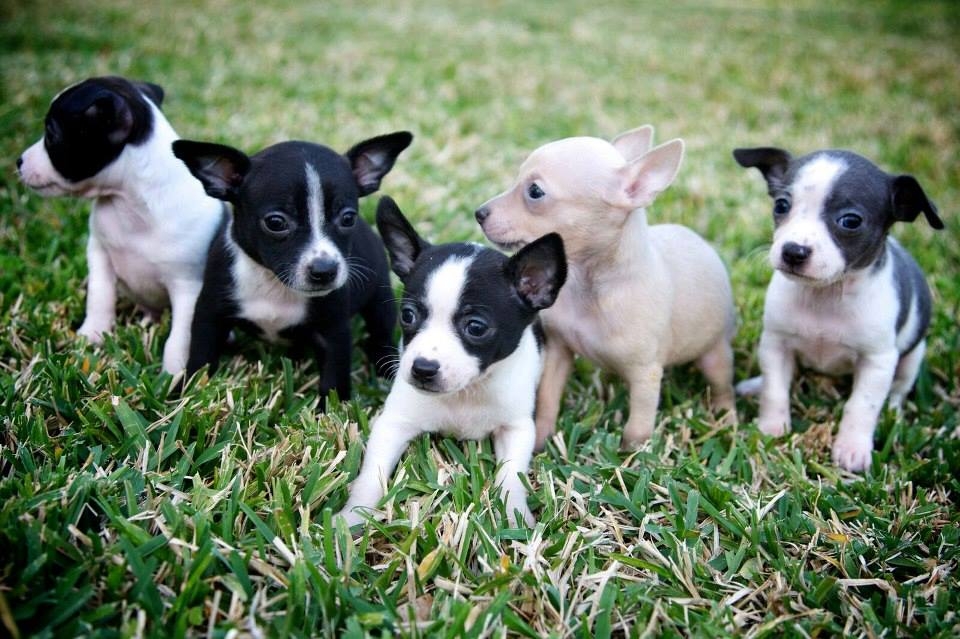 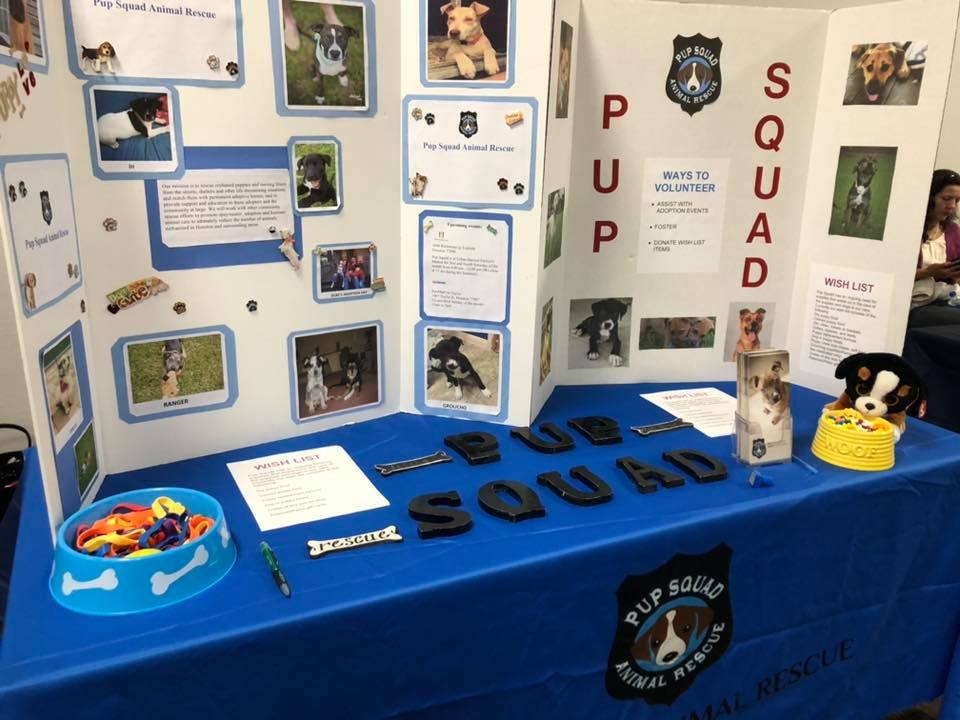 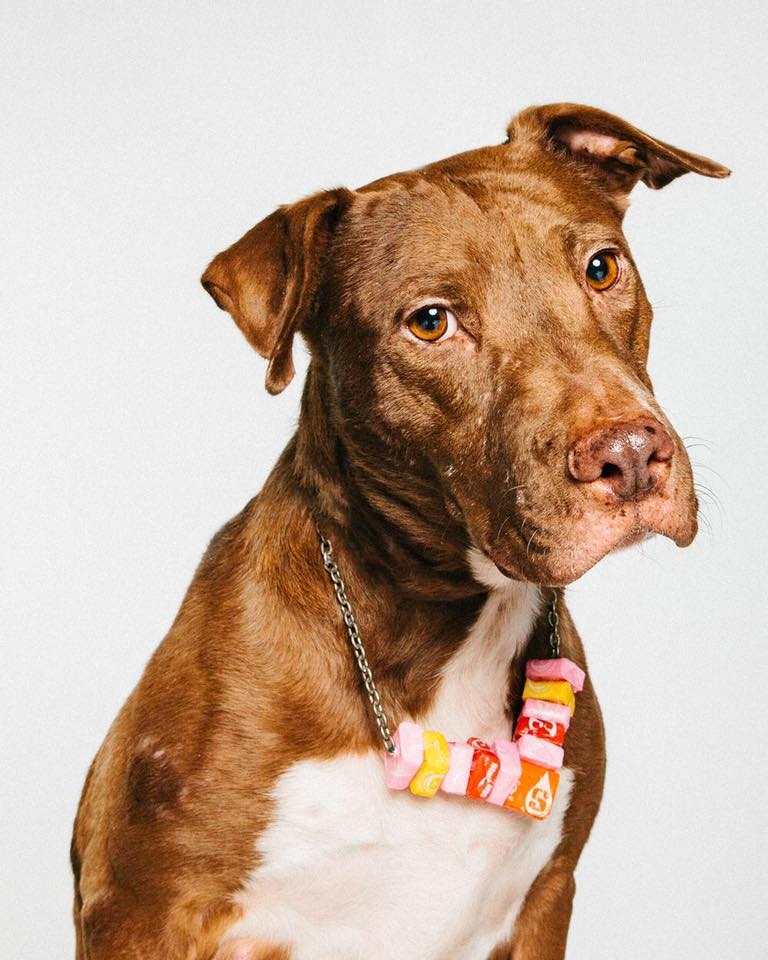 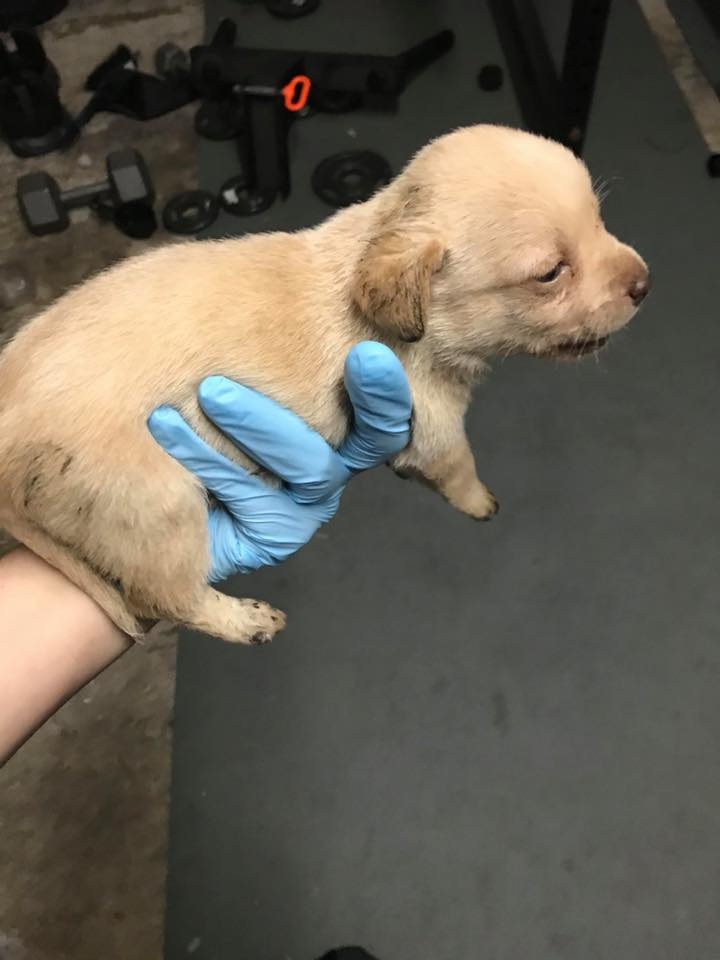 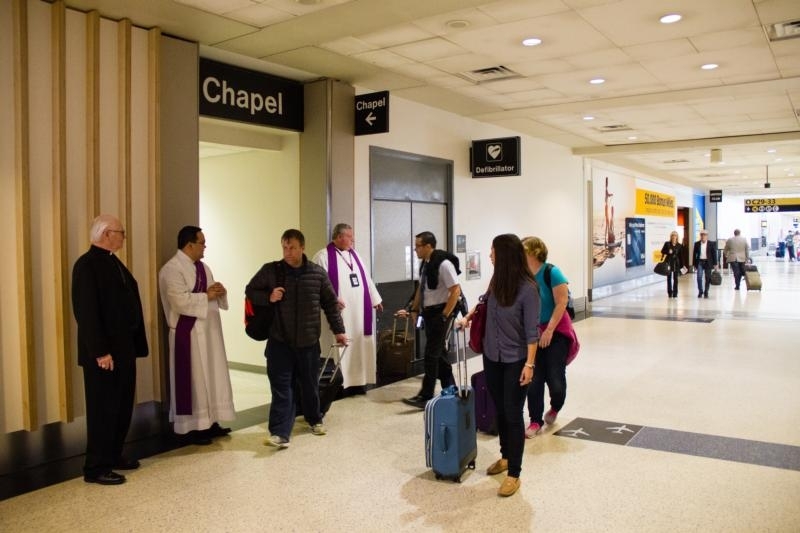 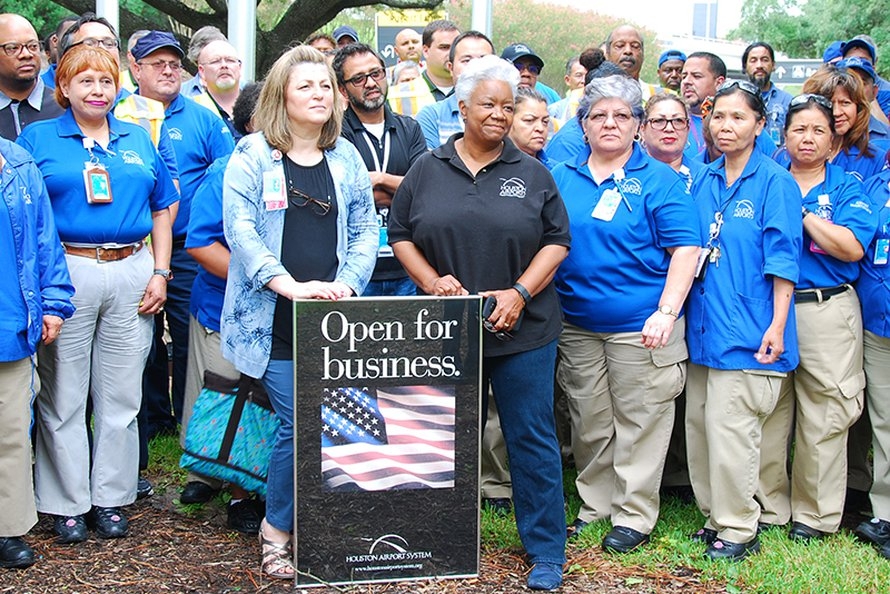 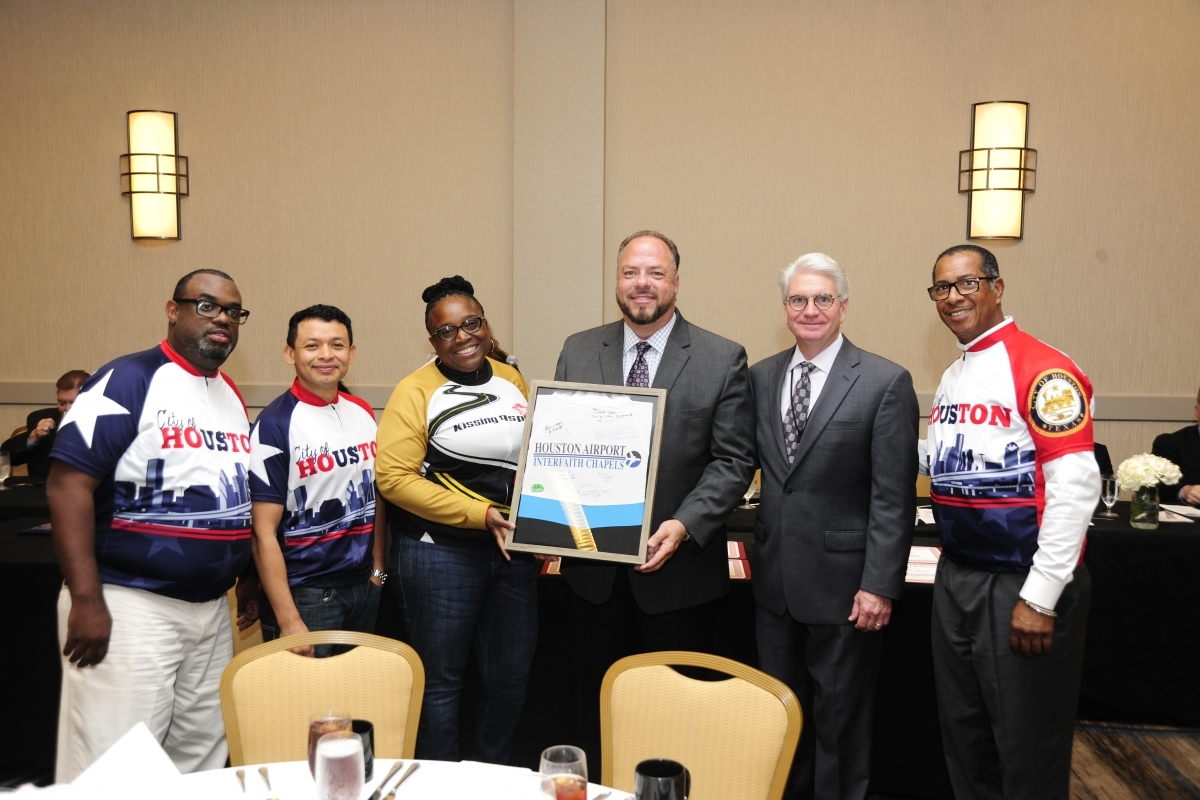 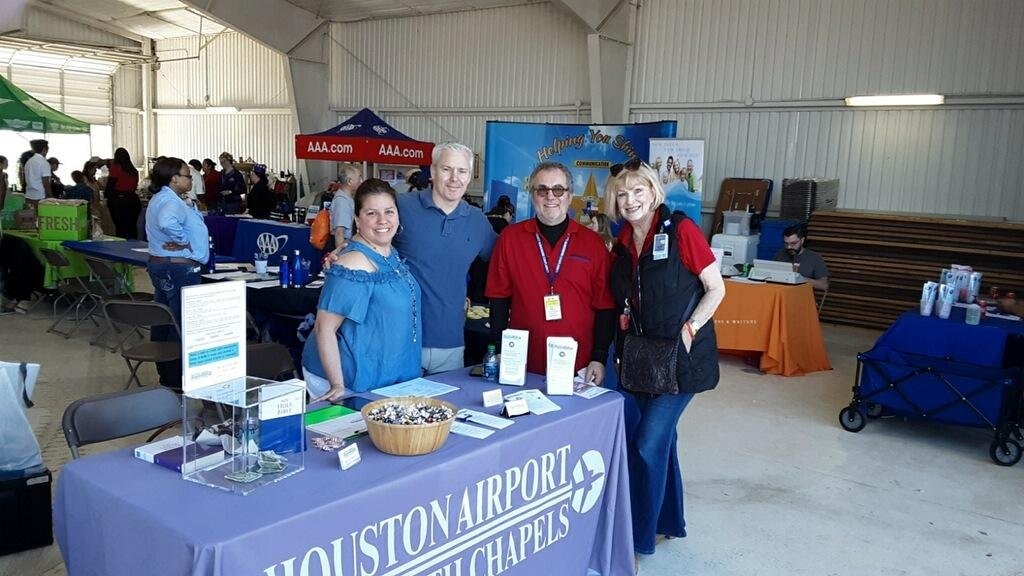 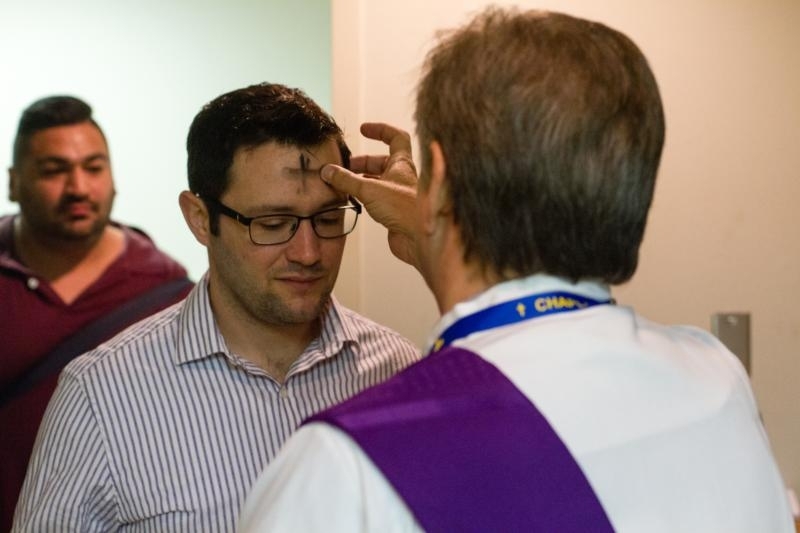 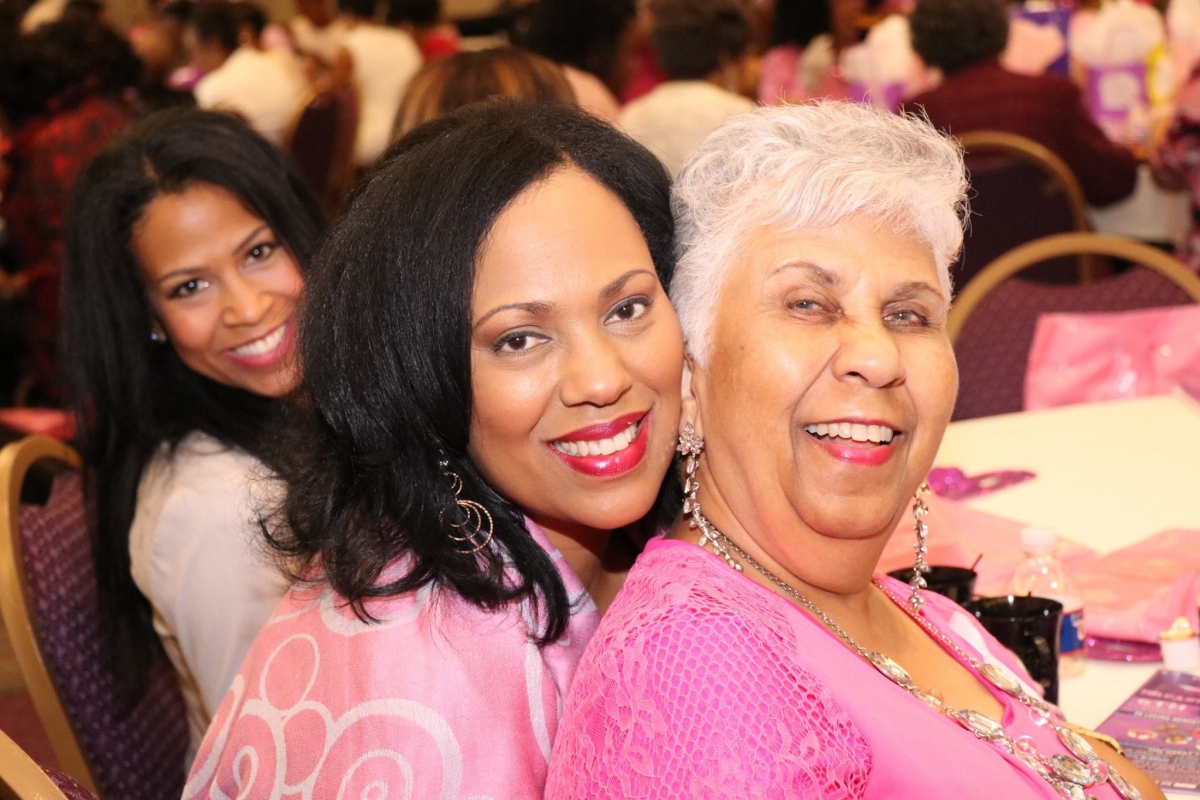 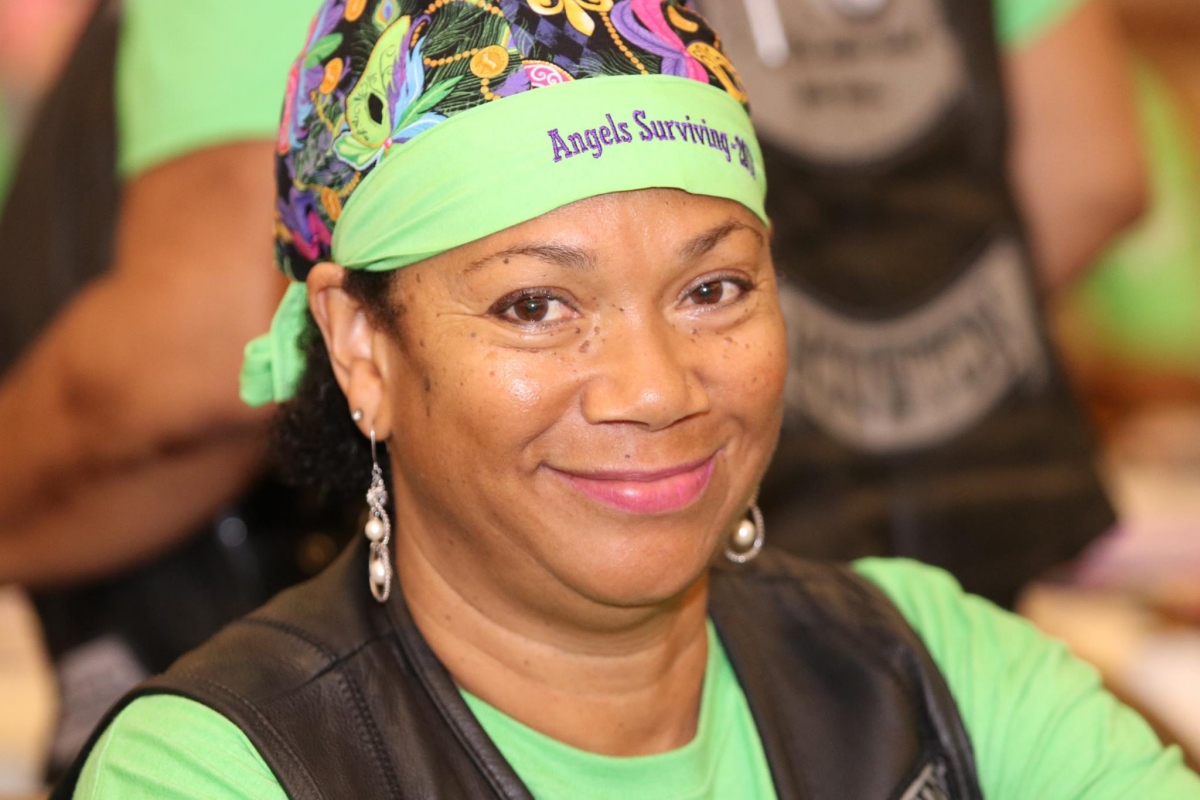 Being a part of the CMC

Demonstrating a strong sense of community by supporting issues that concern the citizens of Houston.

Hear what they are saying about the CMC!

"Thank you for touching lives through your generosity. Every day, because of the caring hearts of friends like you, we see lives changed as Houstonians begin to live the life God has planned for them and return to work to support their families."

"We are grateful for your faith in the ability of this Foundation to carry out its mission of raising funds to support projects and programs at Prairie View A&M University. This is only possible because of thoughtful contributions from people like you."