To educate, inspire and achieve 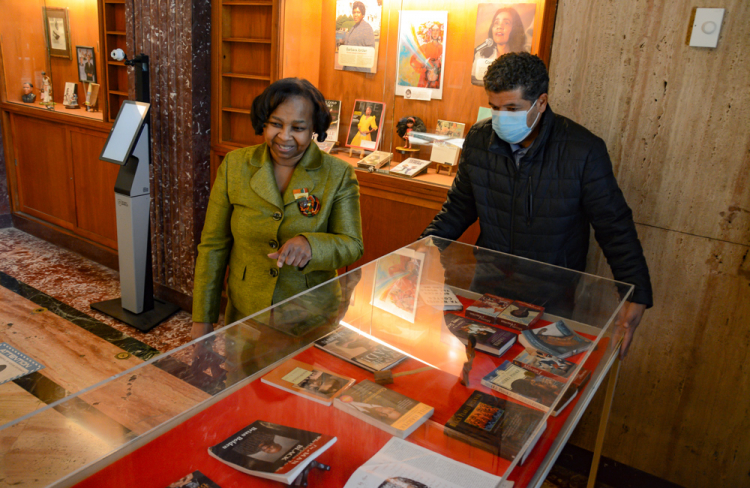 Angela Gaddis inspects the display table in the Rotunda in City Hall. Photo by Pete Mayes

Angela Gaddis’ love for Black history was shaped by two influential forces in her life — her parents and a teacher.

“My remembrance of Black History Month was predicated by the events my parents shared with me about life when they were young, being raised in the South, and how our family endured despite the post-slavery atrocities that occurred during that time,” she said. “Also, I had a teacher in the fifth grade who made it her business to teach us about our Black history.”

Gaddis is an administrative specialist with the Controller’s Office. For the past three years, she has brought her passion to City Hall and put it on a display for everyone to see in the rotunda during Black History Month. The exhibit includes a collection of books, photographs, and figurines from her personal collection that she wanted to showcase.

“She is very passionate about Black history and she has a story to tell,” said Terri Carter, marketing and promotions supervisor for Houston Television. “This is for the hard work she puts in just to bring the items to city hall and set up the display for free.”

On display at the rotunda are photos of former baseball great Hank Aaron, posters of the late Texas congresswoman Barbara Jordan, and the Rev. Martin Luther King’s widow, Coretta Scott King. The exhibit also features a biography of U.S. Olympic Gymnast Gabrielle Douglas, an Alice Walker novel, among other items.

Gaddis said she began the displays in 2018, starting with books she collected and shared with a few of her staff members. She also provided an exhibit during Black History Month for Harris County at the Edith Fae Cook Branch Library in 2020. 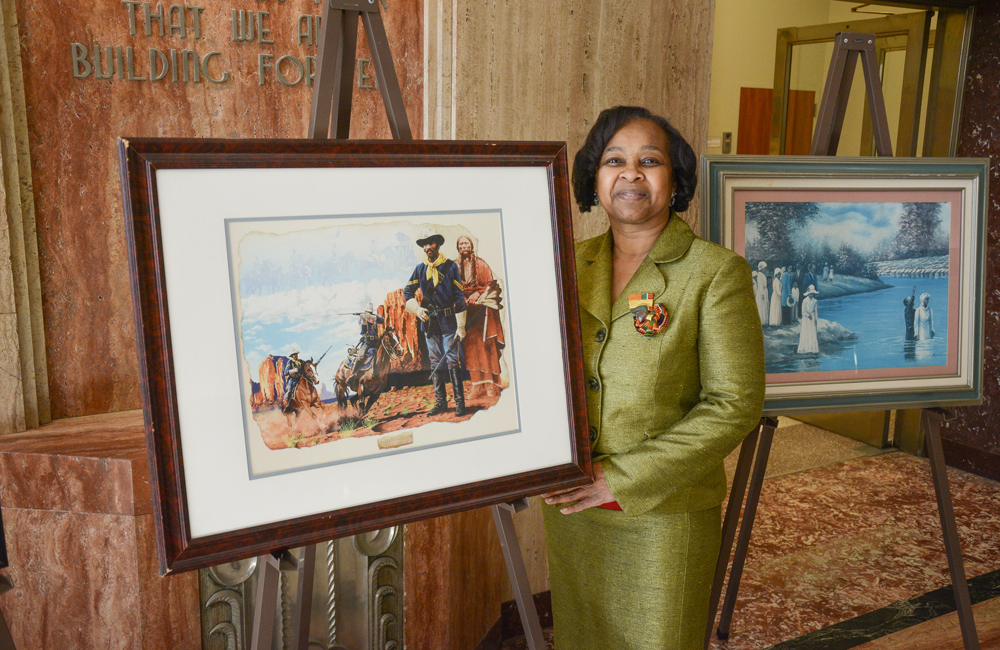 “Regarding the Black perspective, I was invited to participate in the 2018 Black History program for the Controller’s Office,” she said.

Although one of the displays showcases Black women, Gaddis said she wanted to focus on Black men this year.

“There are two areas of the display that present Black men in the role of a father, as well as those who present the Black man’s perspective on life,” she said.

The Controller’s Black History committee chose the theme for the program held in the Legacy Room.  During that program, Gaddis said she displayed the items exhibited to go along with the theme.

“However, in the Rotunda I generally showcase various contributions of Blacks in multiple facets, such as journalism, arts, sports, western culture, etc.,” she said.

Gaddis said she has not yet featured a display focusing solely on prominent Black Houstonians, but depending on funding for her exhibits, there may be one in the future.

Gaddis said the display’s significance is heightened because it coincides with a movement across the country to restrict schools from teaching topics that deal with critical race theory. She said it was something she did consider as she was putting the display together this year.

“We (Blacks) as a people have been greatly misrepresented. There are those of us who have made great sacrifices and contributions to society. But one thing for sure is that we must continue to educate ourselves and society for all that we have done and are doing,” she said.

Gaddis also said she hopes more people will stop by and view the display and be inspired to learn more about Black history.

“My love of learning and educating is what inspires me to want to share the things that I have collected over the years,” she said.