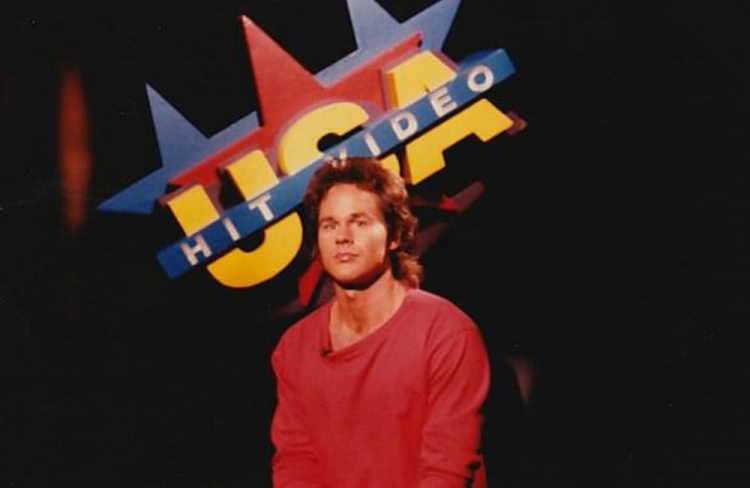 Aug. 1, 1981, changed the music landscape forever when a music company out of New York City premiered a video of the Buggles’ anthemic song, “Video Killed the Radio Star.”

That day, Music Television (or MTV) launched a music revolution that not only defined a generation, but also re-imagined the entire music industry. While it wasn’t uncommon for music acts to create promotional videos of their songs in the late 60s and early seventies, developing an entire television network dedicated to not only listening but seeing your favorite songs was considered forward thinking.

Celebrating its 40th anniversary, MTV spawned many offshoots programs, including cable television favorites VH-1 and Night Flight, as well as regular television staple “Friday Night Videos.” The City of Houston also got in on the act when it launched its own nation-wide 24-hour music video network, Hit Video USA.

Located on the 35th floor of the Wells Fargo Building in downtown Houston, many Houston residents did not realize this MTV-like network was showcasing music videos to a worldwide audience from its own backyard. Hit Video USA started in 1984 as TV5, a music video channel owned by businesswoman Connie Wodlinger. The channel’s first video broadcast? “Bruce Springsteen’s “Born in the USA.”

“They were like a pop radio station on TV,” explained Todd Duplantis, a former on-air personality for the station who went by the name Todd Stevens. “We were just local at that time as a low power TV station, so MTV couldn’t care less until the owners wanted to launch on cable providers as Hit Video USA in 1986.”

Kinkade, a California native, said he was hired as the anchor of the on-air crew when it aired for the first time in 1985. At the time, he was “living the thespian life,” appearing in local productions at Stages Repertory Theater and considered his audition for the station as a creative experiment.

“It was just a throwaway for me. I auditioned with this crazy routine I wrote where I was Elvis Presley singing for a fundraiser called, 'Elvis For Africa,' he said. “It ended with me singing his song, 'If I Can Dream' and it was just nuts. When I finished, I literally dropped the mic and made a glorious exit. Nobody was more shocked than me when I was hired.”

While TV5 was barely viewed locally, Wodlinger launched Hit Video USA nationwide in 1986 as a direct competitor against MTV. Unlike MTV, whose VJ’s taped their segments, Hit Video USA programs were aired live and the VJ’s also took viewer call-in requests to better personally connect with their audience.

“No one was doing this at the time. We’d actually do our shows live each day like a radio show,” Duplantis said.

Kinkade said the original concept for TV5/Hit Video USA was for the team to be very creative. “We used to be given “Break of The Week” awards for the most creative on-air break. We did some crazy creative stuff with no budget. It was really, really fun,” he said.

“For me it made sense. Why duplicate what MTV was doing? They already owned that market. My thought was do “MTV meets SNL.” Give people a reason to tune in.”

Duplantis, who was a college freshman at the University of Houston majoring in Radio-Television at the time and living in the dorms on campus, described working for a music video network as a “surreal experience.”

“One day, I’m living on campus eating in the dorm cafeteria and going to classes. The next week I’m a VJ for an MTV competitor, driving downtown and working in a hi-rise office building with a TV studio on the 35th floor,” he said.

“I met LOTS of bands and celebrities. In fact, I met several bands before they took off like Guns N Roses, Crowded House and The Cult. It was wonderful, it was surreal, and it was a dream come true. For just a few years.”

Challenges loomed on the horizon. MTV had signed agreements with cable providers denying them a chance to carry competitors and allowing them to play more than a specific number of hours of music programming per week.

Record companies at the time also signed “exclusive” deals with MTV allowing them to finance high priced music videos. Duplantis said the agreements allowed MTV to pay a fee and play the video exclusively from 30 days to six months before other outlets could play it.

This was during the eighties “hair metal” music period, and every new band on the scene had their video scooped up by MTV, he said.

“We got the leftovers,” Duplantis said. “That wasn’t all that bad because we played things you wouldn’t see on MTV. Bands like Crowded House and Europe got play on our channel before MTV. Of course, once they got popular, MTV would sign their newest videos to exclusive deals.”

There was also the issue of the lack of local awareness and the station’s low power wattage. The farther away residents lived from downtown, the less likely Houston area viewers were able to watch the channel.

Duplantis and Kinkade both said the owners always planned on launching a live 24-hour video network, but MTV’s contracts with cable providers kept the channel off the air both nationally and locally.

“It was a low signal station from the start. That was the license they had access to, and it was almost impossible to get locally unless your rabbit ears antenna were positioned just right,” Kinkade said.

“So, while we had thoughts of being locally known, it never really gained much traction because no one could really see it, which is a shame because we were creating some good energy, and I think if people actually saw what we were doing on a local level, it would have helped a lot by having the city behind us.”

Hit Video officially signed off the airwaves in the mid-1990s, and Duplantis and Kinkade have taken different careers paths since those days. Kinkade went back to California where he appeared in several movies and television shows, and now makes a living as a massage therapist.

He also plays the harp, and along with his best friend who is a guitarist, performs in a music group called Elsewaves, which he describes as “eclectic electric rock and roll.”

“We are releasing a lot of new music this year, some really great stuff. The music videos I make for Elsewaves are greatly influenced by my days of watching music videos at Hit Video USA,” he said. “They are top notch too, but self marketing in this new landscape is nuts and streaming pays almost nothing, so we are seeing the quality of the music all over the place. I do it just to satisfy a cathartic urge to be creative.”

Duplantis finished his degree at the University of Houston and became a television news reporter at FOX 26 News for 10 years. He currently works as director for Houston Community College Television in the HCC Communications Department and recently launched his own podcast, “The Road Beyond,” a show inspired by the radio cult classic, “Coast to Coast.”

The two said there is not a sense of “what if” regarding Hit Video USA, and they also agree there really is not a place for the video network in the 21st Century.

“Most people get their music videos from social media nowadays. The internet would have been a big challenge because TV5 and Hit Video USA made their mark by providing something that wasn’t instantly accessible at that time- music videos,” Duplantis said.

“I would have loved to see the network make it, but we had a good run. I know the owner has since continued launching other TV projects in Florida and Austin. Hit Video USA was one of a kind. We weren’t MTV, but we still had something cool to get out there.”

Kinkade described the network as a product of its time. “Well yeah, considering music videos are not the avant garde thing they were when they were first introduced. It was a novel concept at the time. Now every kid with an iPhone is making videos,” he said.

“Hit Video USA gave its best shot and was a product that was quintessentially ‘80s.’ Part of the fun of that is looking back at how innocent we were as a country. We were less political, less polarized, the music was pretty fun, people wore lots of colorful clothes. Simpler times.”