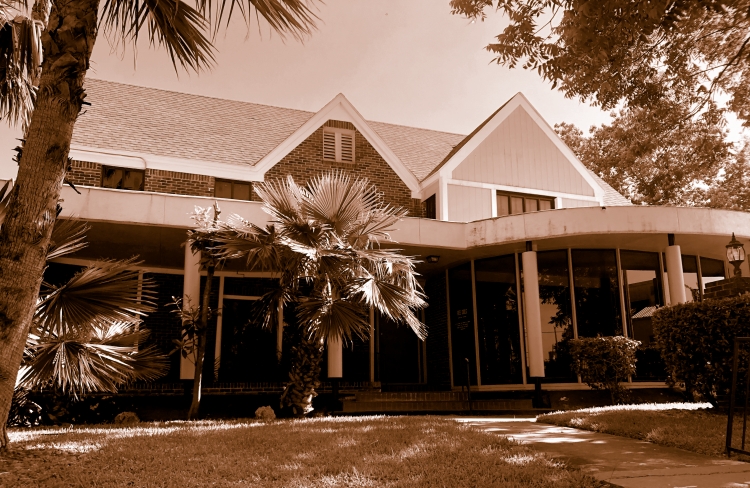 Despite being a modest structure, Prospect Business Park located in Houston’s historic Third Ward represents a legacy of community investment.

Formerly known as the Prospect Medical Building, the two-story building was previously owned by Dr. Edith Jones, a trailblazer who broke segregation barriers in the South’s medical field during the late 1940s. Jones used the space as her private practice, providing essential medical care in a community that might not otherwise have access to it.

“She was the first African American woman named president of the American Medical Association,” said Karen Fain. In 2016, Fain and her husband, James Fain, purchased the property to use as a business incubator that offers affordable rent to minority and women owned small businesses.

“Knowing a little bit about the background of the building and wanting to preserve Dr. Jones’ legacy, we wanted to do what can to make sure this doesn’t get torn down,” Fain said of why she sought out a protected landmark designation for the property from the City of Houston.

The city’s Planning and Development Department’s Office of Preservation offers both protected landmark and historic landmark designations and works to preserve historic structures, neighborhoods and archeological sites within the city.

“We have more than 7,000 properties that are protected,” said Roman McAllen, a preservation officer for Planning. “I think a lot of people would not know Houston has so many protected resources given the way that most people see Houston as this modern city.”

“Today there is a recognition across the nation,” McAllen said. “And that is what are we doing to persevere the more modest dwellings and buildings in our city.”

“There’s some online research you can do, but more often than not, it involves going to the Houston Metropolitan Research Center, Clayton Library, or the Harris County Archives to get information,” Bush said of nominations that require a history of the property, history of the neighborhood, biographies of past owners, and other relevant historical information.

“That’s the first step toward getting a landmark designated,” Bush said.

“We’re constantly on alert for opportunities to preserve places that matter and are open to recognizing the historical significance of places that might have not been recognized,” McAllen said of his team which fields daily calls from residents, guides them through the nomination process, and administers certificates of appropriates that allow residents to modify both protected properties or properties in protected neighborhoods.

Last year, Preservation Houston helped research 22 nominations for the Houston area. Of those, nine of the landmarks and protected landmark nominations were in underserved communities.

“Most of them were Riverside Terrace in Third Ward and Near Northside,” Bush said. “We also produced the first successful protected landmark nomination for Magnolia Park and one for Irvington Addition.”

“Through the research, we’re documenting the history of a lot of different subdivisions that haven’t been documented before,” Bush said.

“Houston is a special place that is a melting pot of many cultures and people,” McAllen said. “If we do the job of historic preservation right, then we have helped to tell that story,”

“We believe this is the answer for uplifting urban communities,” Karen Fain said of getting the designation and raising awareness about protecting properties with diverse historical backgrounds. “It’s not a PowerPoint presentation; we’re doing it.”

To learn more about the city’s Office of Preservation and the designation process, log on to https://www.houstontx.gov/planning/HistoricPres/.