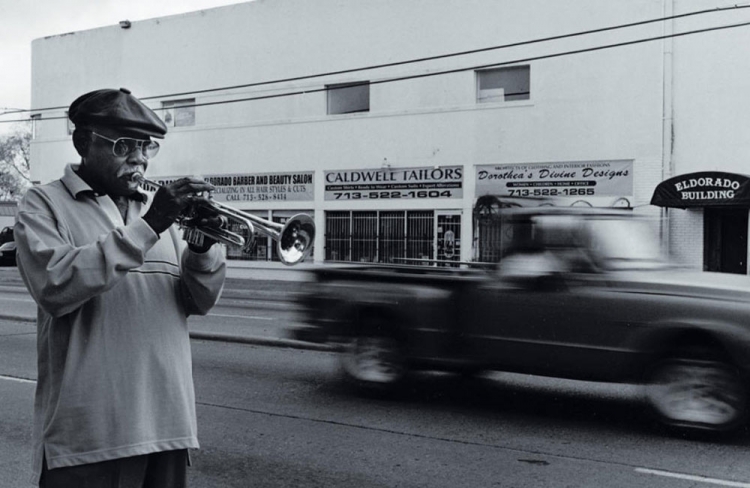 From parks, historic homes and churches, to a classroom, theater and a library, the City of Houston has been instrumental in the preservation and restoration of African-American history in Houston. Take a moment to learn more about these historically and culturally significant spots in Houston. 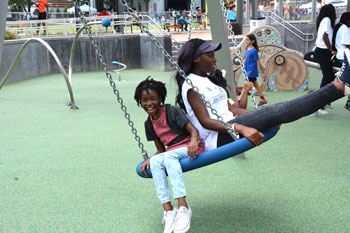 Known as the jewel of the Third Ward, Emancipation Park has been a social and cultural hub for the African-American community for nearly 150 years. Established in 1872, Emancipation Park is the oldest public park in Houston. During the decades of racial segregation, it was the only public park and swimming pool open to black residents. The aptly named Emancipation Park commemorates Juneteenth, the day General Gordon Granger belatedly brought news of the Emancipation Proclamation to Galveston on June 19, 1865, two and a half years after the proclamation was signed. A group of formerly enslaved African-American community leaders raised $800 to purchase 10 acres of land, on which to hold Juneteenth celebrations. The park was acquired by the City of Houston in 1918. Read more about the history of the Emancipation Park. The park recently underwent a three-year, $33.6 million renovation project. Read more in this City Savvy Article. 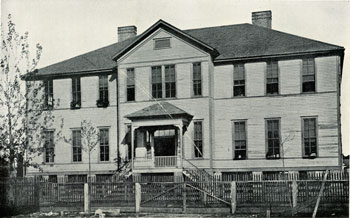 The African American Library at the Gregory School,
1300 Victor St.

Once serving as the city’s first African-American public school, the African American Library at the Gregory School serves as a community resource that preserves and promotes the rich history of African-Americans in Houston. Founded in 1870, the Gregory School, previously known as the Gregory Institute, was originally located in downtown Houston on Jefferson Street between Smith and Louisiana, until a severe storm left the building beyond repair. In 1903, the school was relocated to Victor Street in Freedmen’s Town, the city’s first independent black neighborhood where freed slaves settled near the southern swampy edges of the Buffalo Bayou after the Civil War. The library is the first of its kind in Houston, and one of few in the nation. The gallery honors African-American Houstonians whose culture and heritage played a significant role in the development of the city into what it is today. The library showcases temporary exhibits and hosts regular guest lectures. Read more in this City Savvy article. 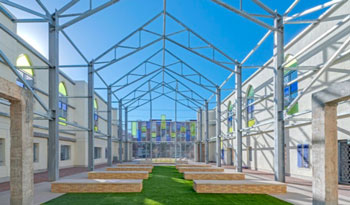 Listed on the National Register of Historic Places, Bethel Missionary Baptist Church was a cornerstone of the Fourth Ward’s Freedmen’s Town for generations. The church was founded by the Rev. Jack Yates in the 1890s. The congregation moved on from the original building in 1997, and a fire in 2005 left the vacant building with only the original foundation and brick walls. The City of Houston purchased the property and transformed the building remnants and surrounding land into a unique park. Now stabilized and reinforced, the property features concrete pews and is adorned with multi-colored glass panes. The park was temporarily closed for landscape repairs in summer 2018. Reservation fees for Bethel Park have not yet been approved by Houston City Council. The Houston Parks and Recreation Department is not yet authorized to issue permits for this site. Read more in this City Savvy story. 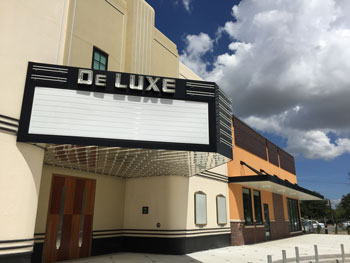 The DeLuxe opened in 1941 and for decades was more than just a movie house; it was an essential and popular FifthWard gathering place, an entertainment venue, a social hub. The theater then went into decline and nearly collapsed in on itself from neglect and disuse. Instead of allowing the decaying building to be demolished, neighborhood supporters who saw the old building with historical perspective and understood its importance and place within the fabric of the community would not stand for its demolition. A coalition of partners formed and a mix of grant and public funds gave rise to a reconstruction and resurrection project. More than $5.5 million went into it; what came out was a LEED-certified facility that retained historical features of the old structure but resulted in a new space for a re-energized neighborhood. Instead of focusing on movies, the DeLuxe now features a state-of-the art performance auditorium and community hall for special events, educational programming and performances, arts, events and workshops.  Texas Southern University and the Fifth Ward Community Redevelopment Corporation are two of the major partners in the redevelopment project. Read more in this City Savvy article.

The Eldorado Ballroom is a historic nightclub that once showcased music legends including Ray Charles, James Brown, Etta James, Count Basie, Ike and Tina Turner, and B.B. King. Those headliners kept the joint jumping with a perpetually packed dance floor known as Houston’s “home of happy feet.” Built in 1939, the ballroom was owned by African-American businesswoman Anna Dupree (1892-1977), who wanted to establish a community entertainment venue for black social clubs and other groups in the Third Ward. In 1999, the Eldorado Ballroom was gifted to Project Row Houses, which currently offers the space for event rentals. In 2015, the community celebrated Eldorado’s official historical status when it received a Texas Historical Marker. 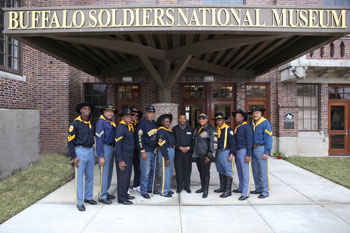 The Buffalo Soldiers National Museum is the only museum in the U.S. dedicated to African-American military history. Visitors learn about the historical impact of the Buffalo Soldiers and see artifacts dating back to the Revolutionary War. The museum also features historical memorabilia which detail the history of the brave men and women who overcame extreme adversity while fighting the great American wars. The Buffalo Soldiers National Museum is one of the organizations that benefit from the Combined Municipal Campaign. Search for them using agency code #2409. 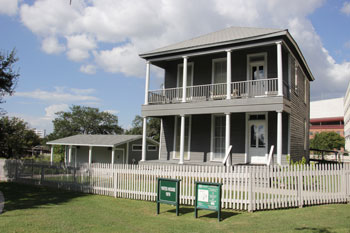 Just steps away from City Hall, Sam Houston Park was established in 1899 as the first official City of Houston park. The 20-acre park features gently rolling lawns and historical buildings dating back to a pre-Texas Revolution cabin. Notably, the park also features a home built in 1870 by former slave and community leader the Rev. Jack Yates. Admission is free to the. Visit the Houston Heritage Society for more information about events and tours. 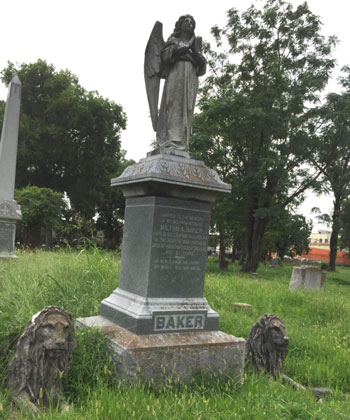 The first African-American cemetery in Houston, Olivewood was incorporated in 1875. Olivewood is the resting place of about 4,000 known African-American Houstonians, including freed slaves who came to Houston seeking opportunity such as Elias Dribble, founder of Trinity Methodist Church. The cemetery features ornate statuary and gravestones displaying funeral customs from African and Caribbean nations. Resting among them are an unknown number of unmarked graves. Over the years, Olivewood became overgrown with weeds, flood-damaged and fell into disrepair, but restoration efforts continue by a community group, Descendants of Olivewood, which holds frequent events and volunteer opportunities. The City of Houston has been involved with cleanup and preservation projects in recent years. The cemetery is also a historical resource for African-Americans wishing to learn about their family history, because the Descendants of Olivewood maintains a searchable online database: Cemetery Records. Watch this HTV Newsflash to learn more.

For more information about African-American History in Houston, visit: