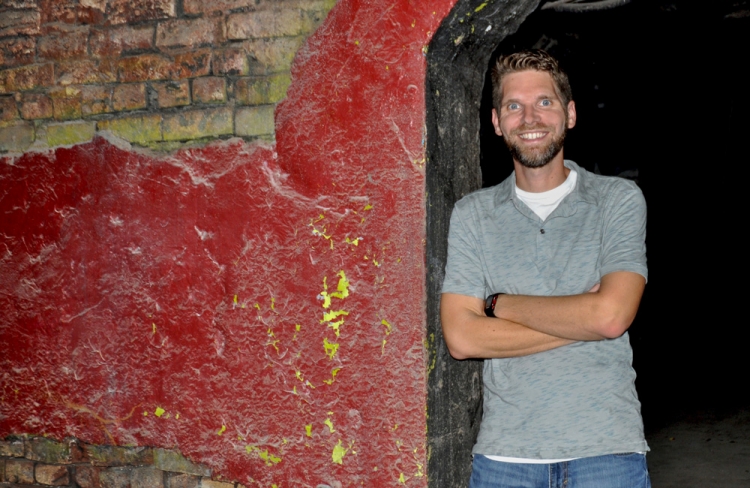 Matt Kriegl explores the basement of the 125-year-old Magnolia Brewery building on the corner of Franklin and Milam streets. Photo by Elise Marrion

Open the 715 Franklin Street basement door, and you’ll feel a gust of cool, damp air reminiscent of the building’s origins as the Houston Ice and Brewing Company.

Built in 1893 along the banks of Buffalo Bayou, the Houston Ice and Brewing Company made and stored ice in the basement. These days, flood-damaged and gutted remains tell a story of Houston’s history that could have been forgotten. It was the first building in Houston to have refrigerator-style air conditioning. In 2006, it became the first commercial building to receive the Houston Protected Landmark designation.

Over the years, the building has been home to the Magnolia Brewing Company and a variety of bars, restaurants and nightclubs. Until recently, the building was owned by famed Houston preservation champion Bart Truxillo, who passed away earlier this year. Despite sustaining significant flood damage from Harvey, the elegant and ornate Magnolia Ballroom remains intact on the second floor. New property owners intend to convert the first floor into law office space and eventually re-open the ballroom for event rentals.

Emerging from the Magnolia Brewery basement, Matthew Kriegl grinned and said, “I just found my new favorite building in Houston. I love when you can explore old spaces and see how they have evolved over decades or even a century. Houston has more history than people give us credit for.”

As interim historic preservation officer for the City of Houston in the Planning and Development Department, Kriegl sees a side of the city that few Houstonians get to experience. He leads the three-person team of city employees dedicated to keeping Houston’s history alive and helping residents navigate the Historic Preservation Ordinance. The ordinance governs the city’s 22 historic districts, 290 landmarks and 150 protected landmarks.

City Savvy spent a day on the job with Kriegl, a New Jersey native who moved to Houston in 2013 to pursue a career in historic preservation. It’s a job that keeps him juggling projects, visiting historic properties, preparing reports for the Houston Archaeological and Historical Commission, and responding to more than 30-40 monthly applications for Certificates of Appropriateness, which are required for new construction, demolition, or alterations to structures in historic districts and historic landmarks.

“A part of our job is to research and investigate the conditions of buildings — what they might have looked like through the years — so we can make recommendations about how to preserve the historic character of the building,” Kriegl said. “That’s the best part of the job, especially for big buildings downtown.”

Recent staff changes have left the Historic Preservation team short-handed, but Kriegl is learning to do more with less. His contributions were recognized when he was awarded the 2018 Planning and Development Department Excellence Award for Exemplary Achievement and Performance.

“Matt is very passionate about historic preservation and helping Houston protect its historic structures and neighborhoods,” said Planner Manager Dipti Mathur.” He goes above and beyond to assist our citizens through the application process, often working extra hours to get job done, and does it with a smile on his face.  It is for this reason Matt is a recipient of the 2018 P&D Exemplary Achievement and Performance Award.”

The Historic Preservation Office reached a milestone in July when City Council adopted the Historic Heights Design Guidelines for development and redevelopment in the Historic Heights East, West and South Historic Districts. Kriegl said the guidelines, which went into effect this month, were the product of a three-year engagement process involving hundreds of residents and property owners, dozens of community meetings, and an in-depth survey of property owner preferences.

"The criteria for appropriate changes to historic properties in these districts are now clearly laid out. These guidelines make the design process more predicable for applicants, property owners and Planning staff," Kriegl said.

Approximately 65,000 Houstonians live within the greater downtown area, according to the Downtown Houston organization. More than 3,000 new residential units were planned or under construction this year.

“Ten to 20 years ago, the Hermann Lofts were one of the few places where people lived downtown. Now you see older buildings rehabbed into hotels and lofts all the time. And we’re involved in that process,” Kriegl said.

One such building is 412 Main Street, a 14-story building on the rail line built in 1923. Kriegl recently met with representatives from New Orleans-based architects John T. Campo and Associates, a firm hired to help convert the old State National Bank Building into a hotel. The building retains much of its historic character, with the front facade still bearing the bank’s motto, “Frugality is the mother of the virtues.” Most recently, the building was used as a nightclub called LEVEL that closed in 2011.

Isabelle Gizinski, an architect and preservationist with John T. Campo and Associates, toured the State National Bank Building with Kriegl, discussing its historic features and ways to bring it up to code.

“We were interested in this building because it’s on Main Street and it’s a part of the Houston history. It’s a very visible building that a lot of people know about. People are rooting for it to come back to life,” Gizinski said. “We’re into preservation and restoration, and it spurs economic growth and brings more people downtown.”

In the City’s Glenbrook Valley Historic District, near Hobby Airport, Kriegl said he also sees an upswing in midcentury home renovations, all of which require a Certificate of Appropriateness.

“Midcentury buildings are becoming very popular right now. Those neighborhoods are becoming more interested in trying to preserve their character, especially in areas that didn’t flood for Harvey,” Kriegl said.

“It’s fun trying to save history,” Kriegl said. “I’m not from Houston, so I enjoy learning all about the city. Fifty or 100 years ago, people built things a certain way for a reason. Those historic details, like single-paned windows, aren’t always congruent with current trends or our level of comfort. One of the challenges we face is convincing people that those historic differences are what makes their property unique, and you should maintain that.”

The Historic Preservation team also works closely with the Houston Permitting Center. Pete Stockton, a senior inspector for HPC and an expert in code for historical properties, accompanied Kriegl on the visit to the Magnolia Brewery. They toured the building with new owners to discuss points of interest where code and historic preservation intersect. Stockton said he had a special connection to the Magnolia Ballroom: that’s where he and his wife met. He also frequented the underground club in his younger days, he said.

“Historically, all these properties were built when code didn’t exist, but a lot of it is grandfathered,” Kriegl said. “Making sure the structures are compatible between the code and the historic integrity can be a challenge and a balancing act, so we work with Code Enforcement to come up with solutions to issues together.” 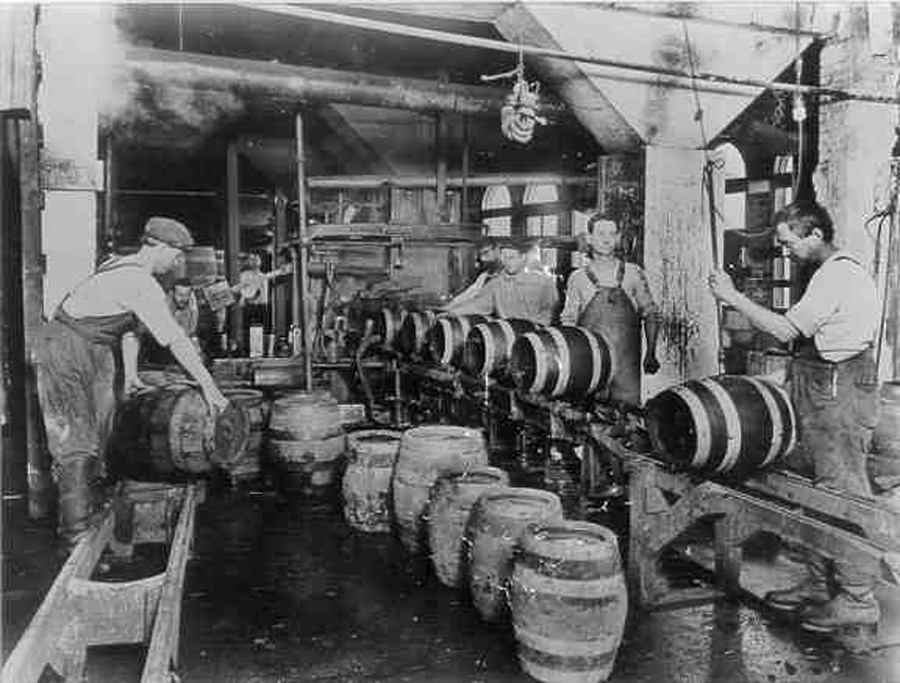 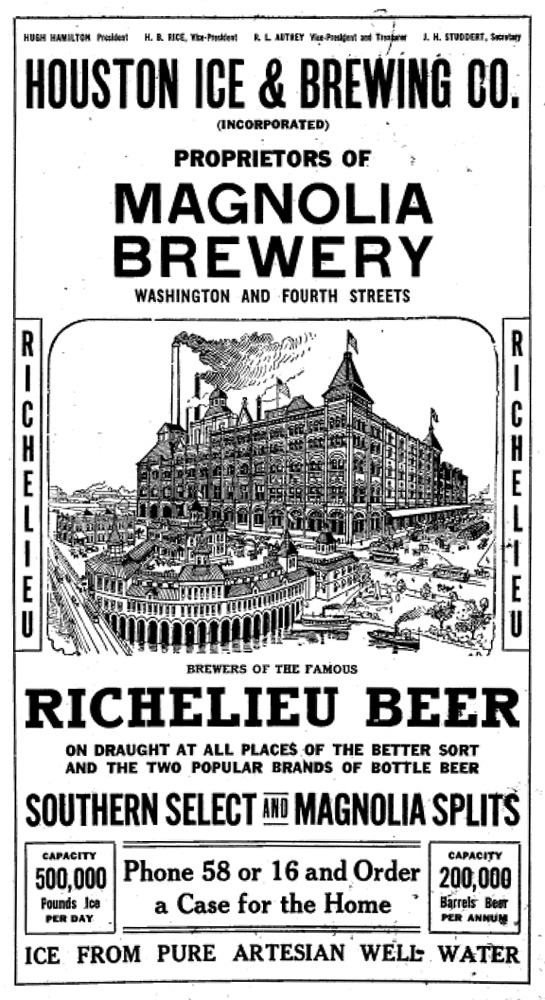 Advertisement from the Houston Ice and Brewing Company.
​Photo courtesy of Houstorian Blog. 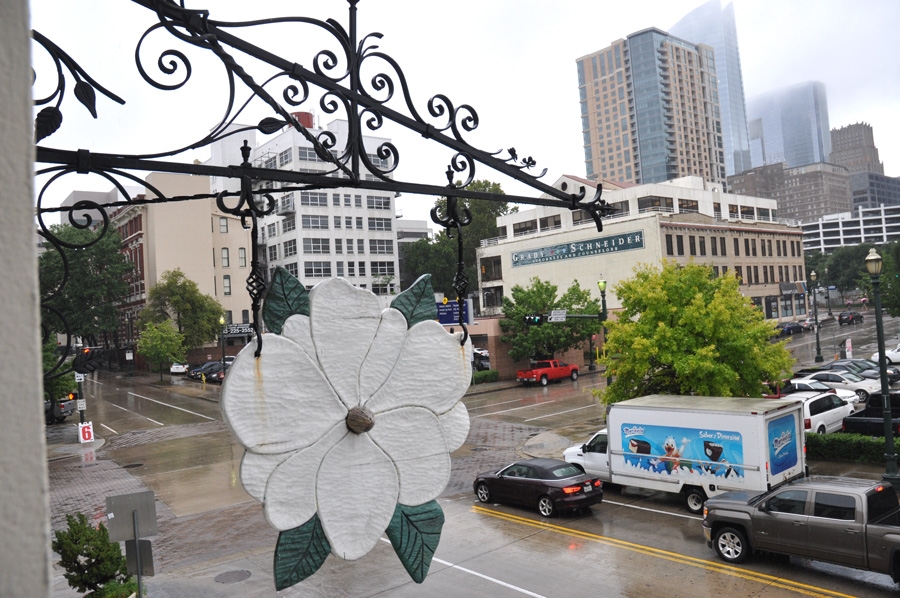 View from the window of the Magnolia Ballroom.
​Photo by Elise Marrion 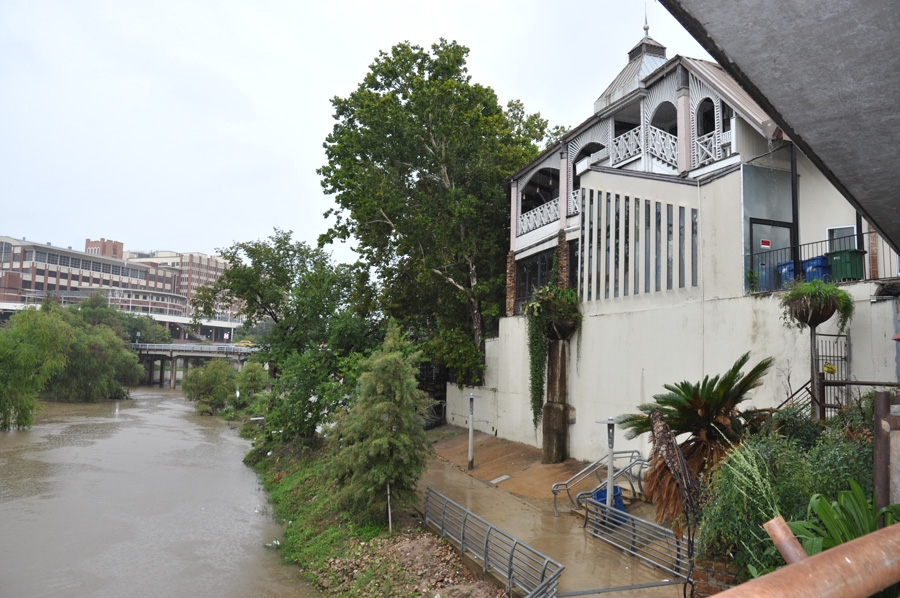 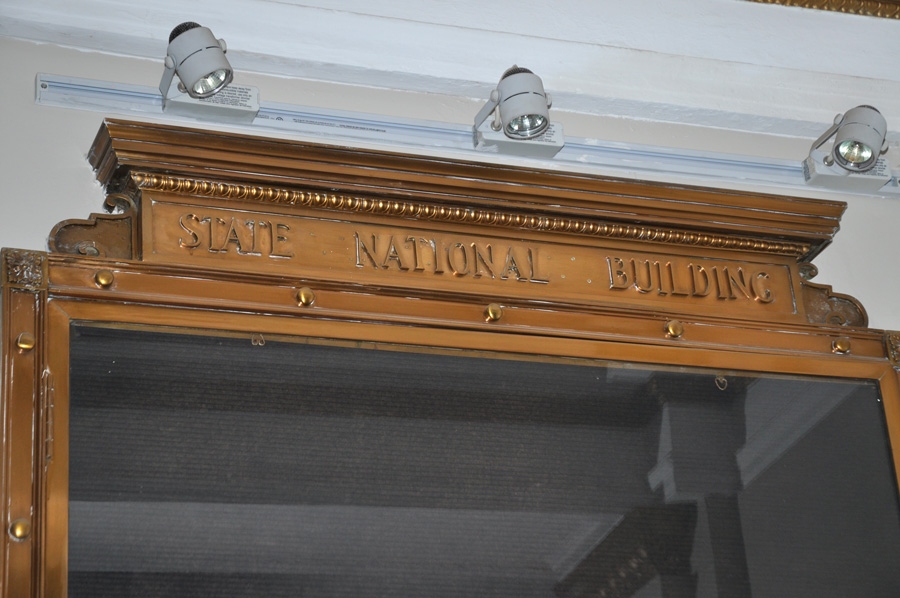 Historic interior details of the State National Bank will be preserved when the building is converted into a hotel.
Photo by Elise Marrion 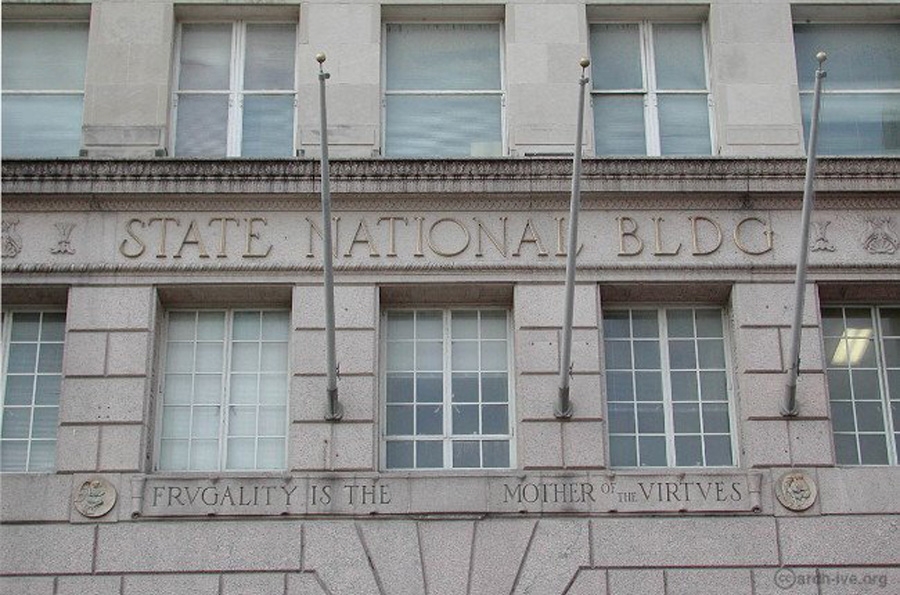 The State National Bank building still bears the bank’s original motto, “Frugality is the mother of the virtues.”
​Photo courtesy of arch-ive.org

If you are interested in learning more about preservation or Houston history, visit: