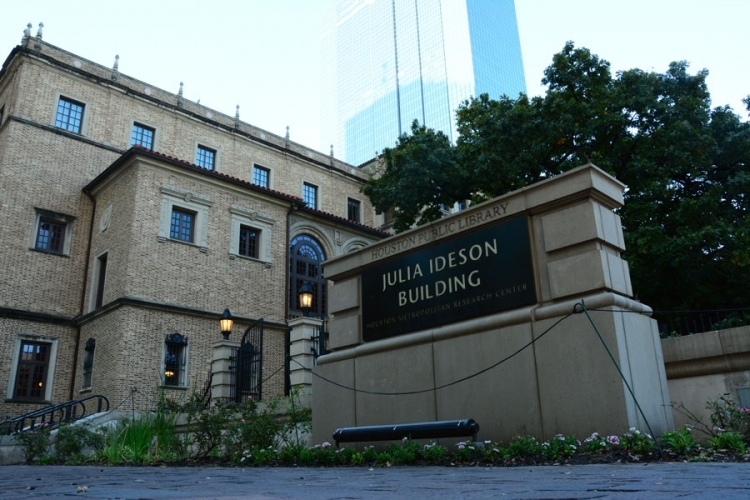 Intertwined in Houston’s rich history are the occasional whispers of ghostly sightings and creepy noises. If you have time, discover what these local haunts may be hiding in the shadows.

Whispers in the stacks: The tale of Jacob Frank Cramer

The Houston Public Library’s Julia Ideson Building is believed to be the home of Jacob Frank Cramer, an 80-year-old ghost, and his ghost dog Petey. Cramer served as the library caretaker during the 1900s until he died alone in the basement. Although no recent sightings have been reported, library staff and patrons have reported hearing violin music and the clicking of a dog’s toenails in the halls of the building.

In 1921, Mellie Esperson had the first of the two Esperson buildings constructed as a memorial for her husband, Neil Esperson. The subsequent building, the Mellie Esperson Building, was built 14 years later. Over the years, stories of Mellie’s ghost wandering the halls and elevator doors opening on their own have been passed down. No recent sightings have been reported.

Ghosts in the ballroom

A long-time fixture in downtown Houston, the Rice Hotel hosted presidents and celebrities during its prime. Before the hotel was renovated into the Rice Lofts, rumors of mysterious cold spots, orbs, rattling doors, and dancing ghosts became associated with the building. Since the renovations, no residents have reported any unusual activity in the building.

Doorway to the afterlife

Home to the largest collection of authentic and historical funeral service items in the country, the NMFH has an eerie collection of caskets, coffins and hearses, with exhibits about the embalming process, presidential funeral practices and more. While no visitors have reported any spooky encounters, the museum is a great place to explore life beyond the grave. The museum traces the history of hearses throughout the years, with a rare collection of funeral service cars. A 1921 motorized hearse with hand-carved wooden panels that showcase the extravagance of hearse manufacturers of the time. The museum gives visitors a rare glimpse into the funeral customs of the Far East with this ornately designed 1972 Toyota Crown ceremonial hearse used in funeral services in Japan. Located within Arlington National Cemetery, the Tomb of the Unkown Soldier contains the remains of unidentified American soldiers from World Wars I, II, and the Korean Conflict. The museum’s exhibit provides visitors with images and documents that details the history of the tomb. Part of the museum’s Coffins and Caskets of the Past exhibit, this money casket is one of many unique caskets on display. This Pope mobile used by Pope John Paul II during his visit to the United Kingdom in 1982, is now officially a Saintmobile, since his canonization in 2014. The mobile is part of the elaborate display of Catholic and Papal funerals in the museum’s Celebrating the Lives and Deaths of Popes exhibit.

The Norma Meldrum Children’s Room was established with a donation by Mr. Norman S. Meldrum. The room is named after his daughter, Norma, who died of scarlet fever in 1899 at the age of 9 years old.

According to legend, the two large oak trees in front of the library today are said to have come from seedlings and an acorn from an original tree planted by Sam Houston. The Rice Hotel, now the Rice Lofts, is one of the most iconic buildings in downtown Houston. One can only speculate how stories of spooky encounters began to circulate around town. The Rice Hotel would welcome many high-profile guests into this lobby, and become THE place to stay, dine, and party at the height of a social revolution. Can we assume claims of ghosts in the ballroom were nothing more than patrons adding some pizazz to the party? Guest room sitting areas located inside hotel rooms were richly decorated and used by hotel patrons. Do you believe patrons experienced any paranormal activity in these areas?