Ellington at 100: Airport’s flight plans soar higher than ever 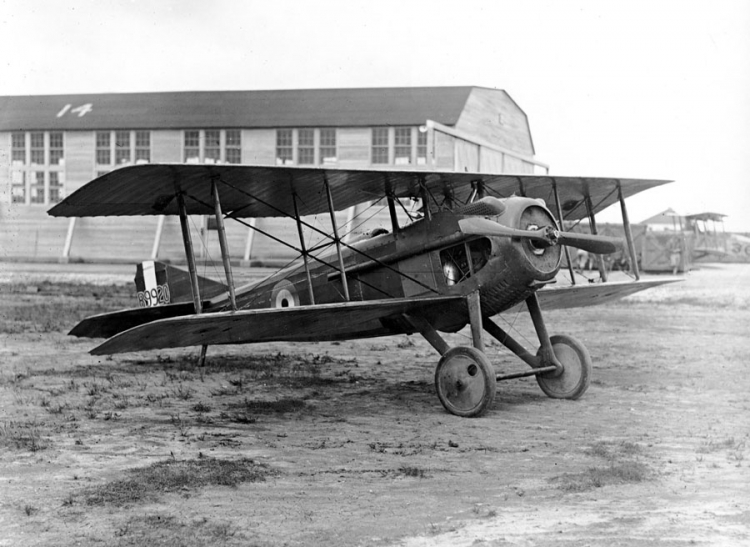 Less than two decades after the Wright brothers’ first flight in 1903, Houston paved a runway to aviation history from an empty patch of Pasadena pasture on May 21, 1917.

A century later, a crowd gathered at the same location to celebrate Ellington Airport’s 100th anniversary. The milestone was marked with a community event on May 20 with live music, vintage and current aircraft displays, flyovers, games and educational activities.

Houston Airport System Director Mario Diaz reminded guests that the aircraft we see today may be impressive, but early aircraft were nothing short of miraculous in their day. Early visitors witnessed history in the making, and the first takeoff at Ellington gave flight to a century of innovation and aviation careers.

“By 1917, there were at least 48 models flying. The imagination of mankind had caught fire with the idea that man’s bonds to earth could be cut, if only for a brief time. Many in the crowd that first day had never seen an aircraft take off, much less a formation of aircraft,” Diaz said.

“For 100 years, Ellington Airport has been at the forefront of aviation and innovation from the first planes in 1917 that were made of wood and canvas, to the state-of the art aircraft made of alloy technology and carbon composite that we will launch from our spaceport,” Diaz said. “We look back with pride, and we look forward with excitement. Believe me, we are just getting started.”

Named after 1st Lt. Eric L. Ellington, who died in an aircraft crash in California in 1913, Ellington Field was established in 1917 by the Army Air Service for pilot and bombardier training. The base was used for dropping live bombs in 1918. Closed in 1920, but the Texas National Guard is allowed to establish an aviation squadron at EFD in 1923. The Texas State Historical Society states the base was stripped to its foundations by 1930, until Congress authorized a program in 1940 to rebuild Ellington to train World War II pilots and navigators. In the 1960s, NASA used the Ellington for spaceflight training. Ellington Field was purchased by the City of Houston in 1984 and renamed Ellington Airport in 2009. Read more about Ellington history.

“There have been countless military and NASA aviators who have trained here, including Chuck Yeager who was the first pilot to fly faster than the speed of sound, as well as the first the first Women Airforce Service Pilots to serve us during World War II,” Mayor Sylvester Turner said at the centennial celebration.

“This airport has been used for natural disasters, and the space shuttle has landed here riding piggy back on a 747. Air Force One has landed here for every president ever since President Ronald Reagan. And now we look forward to Ellington’s next century as it becomes a spaceport center to provide a launching center for government and commercial initiatives,” Turner said. “The past 100 years have been marked by many historical achievements; the next 100 years promises to be more of the same. The best has yet to come.”

Touring the aircraft displays at the celebration, David Ogden shared details about each aircraft with his family. Ogden, who is a pilot and the Group IV Texas Wing Civil Air Patrol commander, said he has always had a passion for aviation.

“I grew up around aviation. My dad worked out at Intercontinental Airport and I was born down in Webster,” Ogden said. “For the first part of my life, I grew up just across the freeway from Ellington Field, and I remember when the Guard had the F4s, going to Wings Over Houston every year and running into astronauts. When we moved up to the north side, we went to the Houston Airport Appreciation Day every year at Intercontinental. So this centennial celebration is a significant event for Houston aviation, and I’m happy to share it with my family.”

Experience Texas aviation history at the Lone Star Flight Museum. The museum is opening a new location at Ellington Airport on Labor Day.

Read more about the history of Ellington Airport from these resources:

1917 – Opened by the Army Air Service on May 21, 1917, and named after 1st Lt. Eric Ellington, a U.S. Army aviator. Primarily used as an advanced flight training base.

1923 – An order to abandon Ellington Airport is halted when the Texas National Guard is allowed to establish an aviation squadron at EFD.

1984 – The City of Houston purchases Ellington to use as a third civil airport.

2015 – The Houston Airport System is granted a Launch Site License from the Federal Aviation Administration, making Ellington Airport the 10th commercial spaceport in the United States.