Greener than you think: Houston celebrates a century of parks 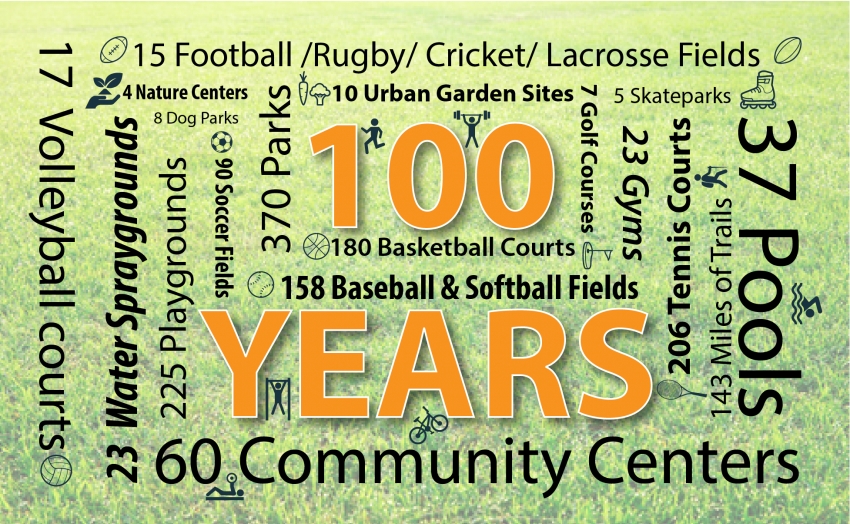 As one of the largest municipal parks systems in the country, Houston Parks and Recreation Department looks back on 100 years of growth and greenspace.

Houston may be known for skyscrapers, sprawling miles of freeways, strip centers and suburbs, but there’s much more to the city’s true nature and character.

Zoom out on the map, and you’ll see quite a bit of green – the parks that transform communities and enhance the quality of life. With 370 city parks, you could visit a different park every day of the year. 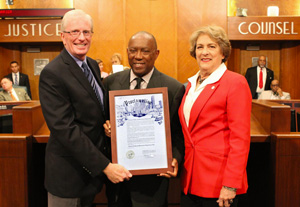 On Tuesday, March 8, Mayor Sylvester Turner congratulated HPARD for 100 years of service to the city and issued a proclamation naming the department’s anniversary date, March 15, 2016, as Houston Parks and Recreation Department Day.

Parks are still a priority to the city, a sentiment that was reaffirmed by Mayor Sylvester Turner at a centennial celebration at the McGovern Centennial Gardens on March 10. At a time when the Mayor, City Council and department leaders were looking for ways to resolved the budgetary shortfall, Turner was committed to supporting city parks.

"There are two areas that I am not cutting. One is the libraries. And we are not making any major reductions in respect to our parks. I think we will short ourselves if we don’t continue to invest in our parks in a very real way,” Turner said.

“As we look at where we have come over the first 100 years, I ask that you imagine where we will be 100 years from now, and what kind of future we are giving to future Houstonians,” Turner said. “And let it be said that we value the tall buildings, but we also recognize that the landscape around those tall buildings is equally important. If we build and provide the greenspace for our kids and families, not only are we doing something for recreation, but we will establish some healthy minds and healthy attitudes as well. We will give people the opportunity to grow up and say we are Houston proud.”

Turner’s support of parks dates back to his childhood in Acres Homes, the neighborhood where he still lives. During his career as a state representative, Turner raised funds to renovate his neighborhood park, the former West Little York Park, which was renamed Sylvester Turner Park in 2006.

The recent restoration of Hermann, Buffalo Bayou and Memorial parks is turning heads around the state and nation. A recent Texas Monthly article chronicled how Houston parks are becoming the model of what is possible when public and private sectors work together. In early March, the Cultural Landscape Foundation convened 1,300 nationwide landscape planners for the “Houston Transformation Conference,” to study how the city is reinventing its landscape.

“I’m proud to have great historic parks in District I like Sam Houston and Gus Wortham golf course, which is the oldest golf course in Texas,” said Councilman Robert Gallegos.  “It’s exciting to be celebrating 100 years, and to know that the nation is looking at us in regards to our greenspace. I can’t tell you the number of articles I have read that cities are looking at us as a leader.”

And another restoration project, Gragg Park, a 47.96 acre park behind HPARD headquarters at 2999 South Wayside, will celebrate its grand reopening on October 1 with a free, public event beginning at 10 a.m. Restoration projects include the construction of a playground area with a modular unit with slides, decks, climbers, and plexipanels that cast colors on the ground, a net climber and swing unit, a play hill with decorative elephant statuary featuring the work of graffiti artist Gonzo247, shade structures, a picnic area, sportsfield, sportsfield and site lighting, parking, entry signage, expansion of existing parking, trail work, site furnishing, fencing, earthwork, landscaping and irrigation.

"The Houston Parks and Recreation Department is very honored to have served as stewards of the city's parks and greenspaces for the past 100 years,” said Director Joe Turner. “We could not have reached this milestone without the hard work and dedication of all the employees who have worked at Parks for those many years. We appreciate each and every one of them and their years of service to the department and the city we serve."