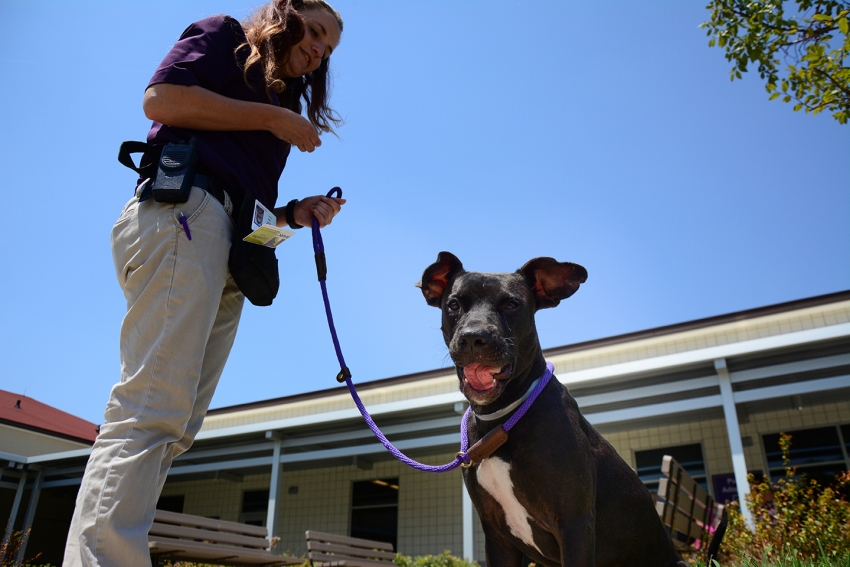 Forget the image you have about shelter dogs. Take a look at BARC's new adoption center that puts its best paw forward. 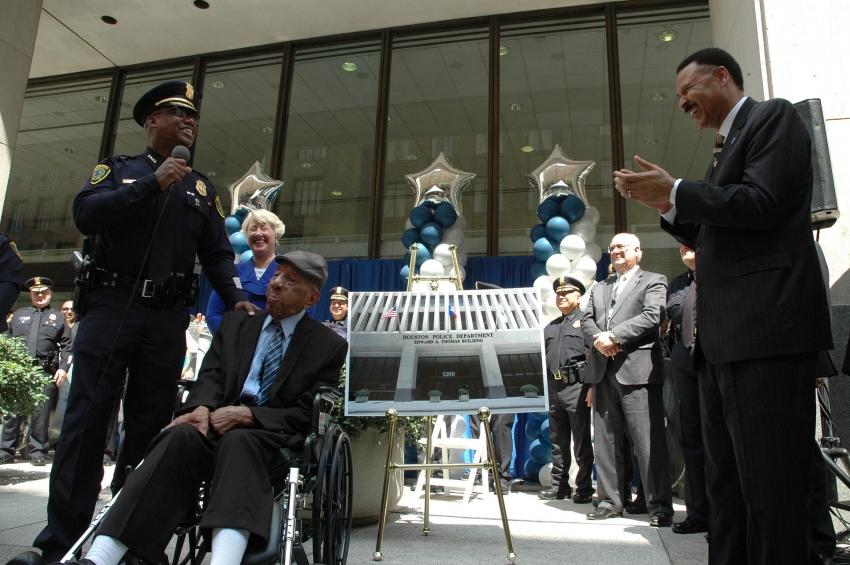 With 63 years of service, Edward A. Thomas was the longest-serving officer in HPD history. HPD honored his legacy by renaming headquarters after Mr. Thomas, just two weeks before his death.

Houston Firefighters Captain Brad Hawthorne and Engineer Operator Dwayne Wyble have been selected as “2014 Firehouse Heroism Award” Honorees from “Firehouse Magazine” for their heroic actions in March of last year.

Fire Chief Terry Garrison presented the awards to the crew of Tower 18 on July 2, 2015. Firefighters Luis Bernal and Luis Gonzalez also received recognition from Firehouse Magazine for their efforts during the incident.

More about the incident: On March 25, 2014, Ladder 18 responded to a fire in the area of West Dallas and Montrose. As the crew of Ladder 18 began their operations, there was a small amount of smoke coming from the building, however within seconds the smoke turned rapidly moving fire. While putting the ladder to the roof, they spotted someone emerge on a 5th floor balcony.

Captain Hawthorne was on the tip of the ladder and viewed the roof. Engineer Operator Wyble moved the ladder in the direction of the victim with the Captain and the other two firefighters still on the ladder. They had to move fast because of the rapid spread of the fire.

The collapse nearly missed the Captain and victim, landing within a few feet of the rear of the ladder truck. The Captain and construction worker were able to safely exit the ladder once they reached a safe distance from the building. It was a mere 4 minutes from the start of the aerial operations to the collapse.

Great work, from one city employee to another

On their ride to New York, HPD cyclists rescue a man, pay respects in Charleston, and raise money for cancer.