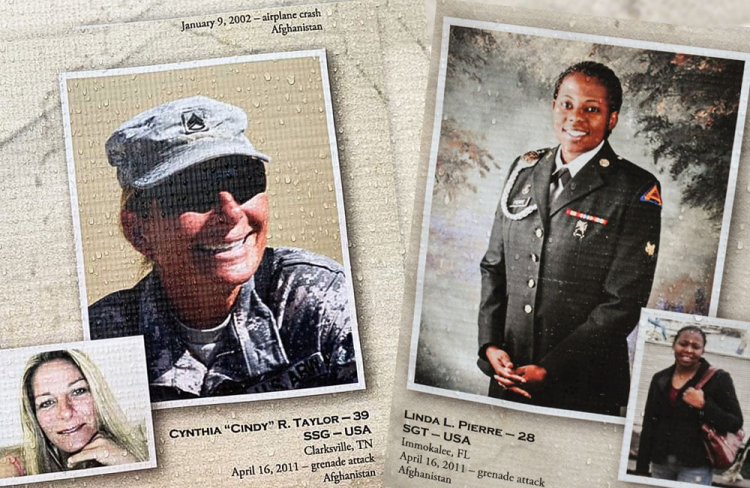 It’s been three years since I last wore my Army uniform. Transitioning from the military back into the civilian world has had its challenges, as any veteran will tell you. I’ve been fortunate enough to have “found a place to put my stuff” with the City of Houston’s Human Resources Department’s Communications team.

The stories I write about nowadays remind me a lot of my time with the unit I deployed to Afghanistan with, the 101st Sustainment Brigade, 101st Airborne Division (Air Assault), a logistics unit based out of Fort Campbell, Ky., which conducted supply chain movements, human resources and other missions. It was a way to introduce civilians to the other aspect of the combat experience.

As a retired veteran, it was only natural for me to cover the “Houston Salutes American Heroes” Veterans Day Celebration 2021. After all, it’s following the end of the country’s 20-year war in Afghanistan and that alone bears significance for any of us who at one point deployed there.

This year’s remembrance also featured the “Remembering our Fallen 9/11 Traveling Memorial,” a traveling display honoring the bravery of servicemembers lost during the Global War on Terrorism, either during or after combat. The project was two years in the making, and the display was placed around the Reflection Pool outside City Hall for public viewing.

Noala Fritz is a Gold Star mother who has traveled across the country with this memorial since 2017. Her own son Jacob was executed as a prisoner of war in Iraq in 2007. She does this she said because although many feel these men and women were taken too soon, she doesn’t want us to mourn their loss; instead, she wants these men and women to be celebrated.

The memorial consists of rows of towers with banners of photos attached to it of each servicemember lost during GWOT. The main photo is the servicemember dressed in their military uniform, accompanied with an inlet photo of them wearing civilian attire.

A final set of banners have a blue background which Fritz said represents those who “brought the battle home and lost it here” due to Post Traumatic Stress. (Note: Do not refer to PTS as PTSD. It is not a disorder. And it is not an interchangeable term).

The memorial is about 70 percent complete, Fritz said. Photos will not be added until the families have released the information. There are also 114 women on the towers, the oldest being a 69-year-old monsignor serving as a chaplain, and a handful of 18-year-olds, she explains.

It was at this point we finished our interview and I asked her about a battle buddy of mine. When I first saw the towers, I began wondering to myself if I would see a picture of Sgt. Linda Pierre. Prior to our interview, Fritz had approached me to let me know that she was available to assist me if I was looking for anyone.

It’s been 10 years and I would be lying if I said I wasn’t sure if I wanted to follow through with this. Linda was a young non-commissioned officer who had been assigned to my brigade as the commander’s administrative assistant.

Even at the young age of 28, Linda was an old soul. She was wise beyond her years. Her wisdom came from her strong Christian faith, and she walked with a confidence like no other.

It wasn’t uncommon for the troops to look to her for guidance, and that’s despite the fact we had chaplains. I believe it was because Linda was so approachable. She was a no-nonsense leader, but she had a heart of gold and a heart for God.

She had been seeing a fellow soldier from one of the Infantry brigades, but she ended it when he deployed to Afghanistan. I remember her telling me, “There will be time for that when he gets back.” She had big plans, including attending the Green to Gold program following her return from deployment and becoming an officer. I was looking forward to saluting her and calling her “ma’am,” even though I always joked with her and said I would not.

I won’t get the chance.

I had just finished taking photos and conducting interviews of the Boston Marathon Shadow run on an early Saturday morning on Bagram Airfield April 16, 2011. It was supposed to be an easy day. I walked into my office at 7 a.m. and saw my commander was standing in the middle to the room dressed in his body armor.

He had returned from FOB Gamberi and told me there had been a suicide bombing. We had lost six members of our family – Staff Sgt. Cynthia Taylor, Sergeant 1st Class Charles Adkins, Sgt. Sonny Jade Moses, Sgt. Joseph Brian Cemper and Cpt. Charles Ridgley. As the brigade Public Affairs Officer, my job was to work with division headquarters and ensure they had the right information to inform the families and monitor our social media pages.

But as he turned to leave, my commander turned back to me and said, “Pete, they got Linda.”

To this day, those four words still give me chills.

I finally gathered the courage to ask Fritz if Linda’s photo was on the tower, and she took me to the binder on the table to help me locate her name. After a few moments flipping through the pages, we found her.

There was a moment’s hesitation. We walked over to the tower and I looked on it. There she was, dressed in her Class A uniform from a prior assignment in Germany.

There weren’t tears this time, but my heart did start beating a little faster. Fritz, like any good mother, gently put her hand on my back and told me, “I’m here if you need anything.”

I snapped a photo with my camera and my cellphone. I posted the cellphone photo on my Facebook page for my friends and fellow soldiers to see. Moments later, a fellow battle buddy posted a photo of Cynthia from the same event.

Cynthia was one of the first noncommissioned officers I met when I was assigned to Fort Campbell. She had a quiet nature, but she was a “soldier’s soldier” through and through, the kind who didn’t mind getting in the dirt. And that smile! Lord, that smile would just light up the room.

My battle buddy, Regina Reyna, is a Houston native and quite possibly the only member of my unit from that deployment who lives in my hometown. She told me she felt this “sense of urgency” when she saw the towers, and she hoped that she could find a name she knew. That sense seems about right I suppose, for those of us who have worn the uniform and lost a family member.

At first, Regina said she was sad that she didn’t find anyone, but then a lady (It was Noala Fritz) with the group saw her and told her about the binders. She said she felt elated when she found Cynthia’s name in the binders. Seeing her face again made her both happy and sad.

It’s interesting writing about this after all these years and on this particular date. Veterans Day is the time we honor and celebrate our veterans past and present. Honestly, the tribute would probably been best suited during the city’s Memorial Day ceremony where we honor those who gave the ultimate sacrifice like Linda and Cynthia.

Then again, why not honor them here as well?  After all, Robert Dembo III, director of the Mayor’s Office of Military and Veterans Affairs, said Veterans Day is important for every American because it is intended to honor and appreciate all servicemen and women who served in the United States armed forces in all wars.

“It is a celebration to honor Americans’ veterans for their patriotism, their love for country and their willingness to serve. As we celebrate, let’s not forget those who paid the ultimate sacrifice for our freedom,” he said.

Linda and Cynthia loved the Army and their country. They demonstrated their willingness to serve as well as their ultimate acts of selfless service. Yes, they’re not physically here with us, but Linda and Cynthia’s spirit lives on in a generation of soldiers they led and the examples they set.

So yes, on this day, I choose to remember my soldiers … my veterans.