Changing with the times the Lean Six Sigma way

Reggie Harris checks out a map of the city of Houston Super Neighborhoods his Inspections and Public Service division will visit. Courtesy of Department of Neighborhoods

If you’re wanting to find someone who is an advocate for why Lean Six Sigma is such an effective tool for city government departments, look no further than Reggie Harris.

The efficiency processes Harris learned through the Six Sigma training he received while working for Dow Chemical Co. came in handy when he became the deputy assistant director of the Department of Neighborhood’s Inspection and Public Service division.

According to Harris, the department had not changed their policies and procedures in more than 15 years and conducted operations using a paper system as recently as five years ago. Inspectors drove to the office to get their assignments, into the field to do their jobs, and then came back to the office to turn in their paperwork, he lamented.

“One of the things we were able to do was transform this department,” Harris said. “Our inspectors now have a telework program where they start and stop their workday in the field, in the communities where they serve.”

Using the Lean Six Sigma strategy has helped IPS become one of the most innovative and effective divisions in their career field, Harris said. “We were the first inspection group to come onboard with the N4, which is the new legacy data system for the city. We no longer hand input our information. It took 30-45 days just to get an inspection entered. Now it’s done automatically,” he said.

The term itself – Lean Six Sigma – denotes the concept of doing more with less. The concept is mostly practiced in various government entities as compared to the Six Sigma model that is used in corporate America. 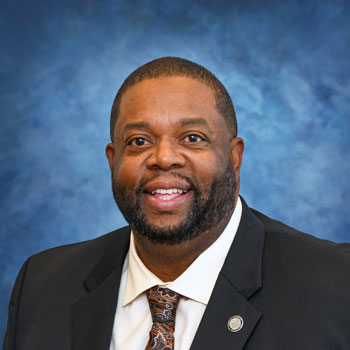 “How I translate the difference between the two is Lean is working without possibly having the money or financial resources to support it,” Harris said. “When you’re working for a large corporation, they will put millions of dollars behind it because you’re looking for a long-term resolution cost savings. When you’re in a government entity, you don’t always have the funding to support that.”

The city of Houston’s Lean Six Sigma Program is part of the Mayor’s Office of Innovation. The program offers Yellow Belt certification for basic introduction into the concepts, and the Green Belt certification where employees lead an actual improvement project prior to certification.

“The City’s Lean Six Sigma program provides employees with the tools they need to streamline processes, improve performance, and deliver higher quality services to our customers” says Jesse Bounds, Director of the Mayor’s Office of Innovation.

“Reggie and his teams’ success come from challenging the status quo in every aspect, using data to manage and inform operations, and taking a methodical approach with Lean Six Sigma to find better ways of doing things.”

Harris said the program is easy to learn and he highly encourages his managers and leaders to go through the Yellow Belt program.

“It really allows you to analyze your processes and really look for a more efficient way to do business,”  he said. “A lot of times when I’m talking, our staff may not truly understand how Mr. Harris is thinking or what his process is, but after they go through the class, they’re like, ‘I got it. I see how you do what you do.’”

Harris said one of the benefits of using Lean Six Sigma is that it changes a person’s way of thinking. “It’s something that you make part of your everyday life,” he explained. “One of the tools is the five Why’s. A lot of times, my mind automatically works by asking the question, ‘Is this the better way to do something?’ ‘What is the most efficient way to do it?’ It makes you think before you act.”

“You’re wanting to know is there a better or more efficient way to accomplish a task. It makes you look at that,” he said.

Buying into to the Lean Six Sigma concept required a lot of change, and that proved challenging, Harris said. Communication was the crucial ingredient needed for it to get accepted.

“It was one of the most tenured departments within COH. The average tenure when I arrived was 15-plus years,” Harris explained. “The key about communication was making sure that staff understands why you’re making a change. You have to stand behind the changes that are made.”

“Some people are going to support the changes, some are not. But you cannot stop the mission of making a difference in the department,” he said.

“I’ve heard Mayor (Sylvester) Turner often say, ‘The train’s moving, and you want everyone on board.’ Some may choose not to get on board, but the train’s still moving. I don’t worry about my job. I do my job. I give the best I got every day because I love what I do. When you’re in a position you love people and you have an opportunity to make a difference in the way people live, you find a way,” he said.

For Harris, Lean Six Sigma is not only about efficient work practices and accepting changes, but also keeping up with the times.

“We have to be able to keep up with change. What the Mayor’s Office of Innovation is doing is allowing us to keep up with the times. We must have everyone thinking together. LSS allows people to know that it’s OK to change to improve,” he said.

“The mayor wants us to be very transparent and that’s what technology does for us. We want the community to know that we’re out there, we want to be held accountable, we want people to know what we’re doing. It’s part of our process.”