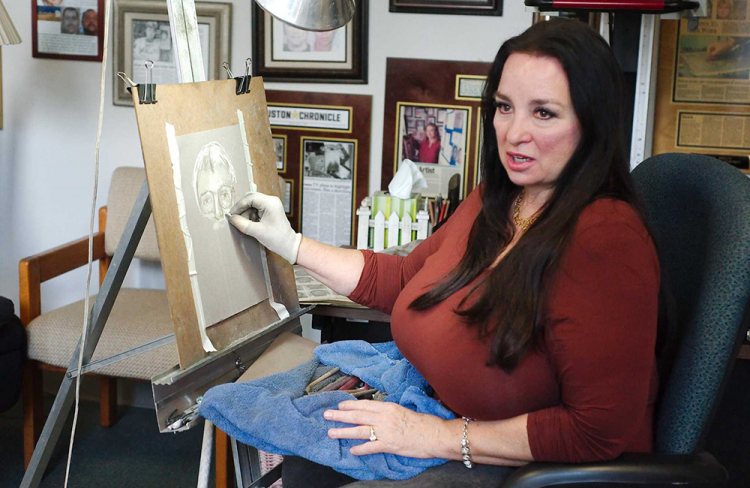 Lois Gibson remembers the words of one Houston Police Department detective told her about the day she would retire.

“He asked me years ago to tell him when I retired. He said, ‘When you go, I don’t want to be here anymore,’” she recalled.

In September, Gibson officially retired from HPD after nearly 40 years of service. It’s unknown if that detective who told her those words is still with the department or not, but one thing is certain: as the world’s most successful forensic sketch artist, Gibson will leave behind an incredible legacy that will be hard to match. 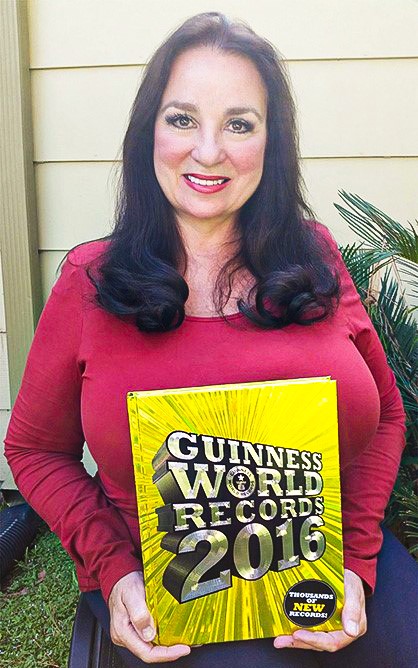 That’s not just bragging rights either. She has the citation from the Guinness Book of World Records to prove it. To date, her work has helped positively identify more than 1,266 criminals.

Her sketch pad and easel are never too far from her. But instead of sketching suspected criminals in the hopes of bringing them to justice, she will now use her artwork to capture still life portraits and bring joy to families. Her skills were brought out due to personal tragedy when she was attacked in her own home as a 20-year-old aspiring actor in Los Angeles.

Gibson waxes philosophical about the life-changing experience. “That’s a Biblical thing. A life tragedy can melt you down like metal in the crucible of a horrible experience and you come out of it stronger,” she said.

“The weakest thing about me was me nearly being killed and feeling like I was dead after it happened. I felt like nobody cared and I felt destroyed. I took the anger, frustration and all the negative feelings for that and I held them.”

Those feelings fueled her to complete her fine arts degree in forensic art from the University of Texas-Austin and move on with her life.

Fate intervened when weeks later she witnessed her attacker being arrested by law enforcement for another crime.

“Once I saw justice of my attacker getting arrested, I realized I could turn all my negative energy into an artistic method to help investigators find attackers. After practicing with my friends drawing people from only their description and realizingI was successful, I approached the Houston Police Department June of 1982. I was met with fierce resistance,” Gibson said.

HPD at that time made no attempt to hide their disinterest in her, but Gibson said she refused to take no for an answer.

“Because I had nearly been killed, I had the strength to keep coming back even when they said get out of the building and we don’t need you.” she said.

Gibson also said she didn’t realize there were people out there like that. “I couldn’t imagine,” she explained.  “It was so horrible and shocking. Part of my brain still doesn’t believe there are people like that. But I knew why I needed to approach the Houston Police Department.”

“I created the job that I had,” she said. “I was excruciatingly difficult because if the bureaucracy doesn’t recognize you, they can’t categorize you because you don’t have a payroll number, and they’re like, ‘What are you doing?’”

Starting off as a freelancer for seven years, Gibson eventually won the police department over and was able to convince them to hire her as a full-time forensics sketch artist in September 1989.

Gibson said forensic artwork functions very well in law enforcement. “I’ve had some really bad sketches that still caught the guy. Nurture your forensic artist and look at the sketches they give you. It’s going to tell you who the person is, even if it’s not that good. I’ve done some terrible sketches and it got an immediate response, and I’ve done a not-too terrible sketch and the guy turned himself in,” she said.

Over the more than three decades, her work became renowned across the world. She also authored the true crime book, “Faces of Evil” with writer Deanie Mills Francis, wrote a textbook, “Forensic Art Essentials”,  taught at Northwestern University’s Center for Public Safety and even appeared as herself on the game show, “To Tell the Truth.”

But it was always about the work, about the need for justice for the victims, she said. One would imagine creating a sketch of the victim in such detail would be a time-consuming effort. Gibson however, said she would finish a witness-memory rendering in one hour.

She used the recent shooting death of Dave Castro as an example of her process. 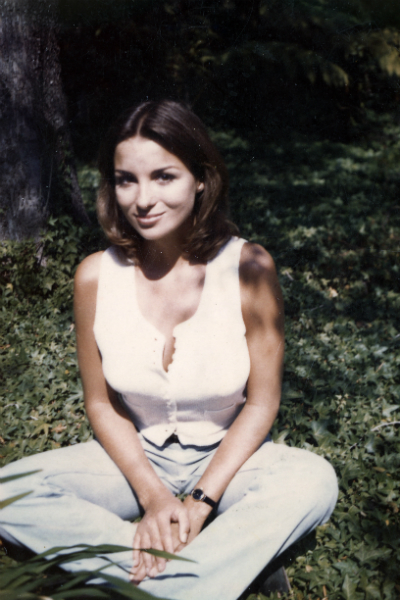 “Picture yourself … you’re me. You’ve got your easel, and you know how to do it. A man comes in, he’s just witnessed his son dying. Do you want to take your time, you know, draw for a while, go to bed, get up the next day and start it again, or do you want to draw like your pants are on fire?” she asked.

“You can’t draw fast enough. You push yourself because this man does not need to dwell on this one moment more than he ought to. The urge to draw fast is complete. It’s called pressure, but I love to draw, and drawing under pressure makes me go faster.”

“That got to me. But the emotions help me draw faster and better. That’s how it is supposed to work: take the negative energy and let it help make the drawing better,” Gibson said.

Since retirement means she no longer must draw in an extreme rush, Gibson said she can complete portraits five times faster than her earlier years.

“Now that I’m retired, I can do a major portrait working just a few hours two or three days a week and be done. I’m amazed. So that’s a payoff for having delayed my fine art career to work helping investigators for 39 years.”

As she prepared to leave the department, Gibson made sure she left them in good hands with the next generation of forensic artists.

“They’re going to carry on forensic art to help innocent crime victims in Houston. Commander Tinsley Guinn-Shaver and Chief Troy Finner organized this new HPD Art Squad who have been working cases since 2018. They helped me pass the baton.”