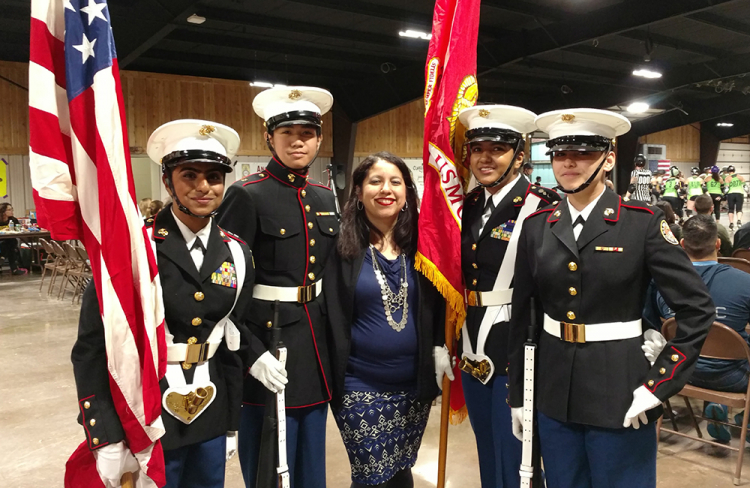 It’s a practice that started when she began volunteering with the Ridge Point High School Marine Corps Junior ROTC after her son joined the program.

Saldivar, an administrative assistant for the Houston Police Department’s Office of Planning and Data Governance, said the program became a turning point for her son who struggled during his sophomore year in high school.

“The ROTC program just gave him a sense of direction,” she said. “It got him involved in supporting the school and it gave him an opportunity to grow and have, you know, just a sense of belonging and that's something he didn't have before,” she said.

The meets’ rigorous schedules require Saldivar travel to across Houston and sometimes out of town, meeting cadets at 5 a.m. to help them prepare for the meet and sometimes staying on site until 7 p.m.

Saldivar said she helps cadets unload their uniform and rifles, helps them get ready, takes pictures during the event, and is on hand to assist with whatever else is needed.

Although Saldivar’s son and daughter have graduated from the program, she has stayed on as a volunteer.

Saldivar said she continues to support the program because she admires the sense of community the program instills in cadets and wants them to have the same great ROTC experience her son and daughter had.

Her volunteer efforts earned her a Bravo award in May.

For Saldivar, it's not just about helping the cadets. It’s also about the lifelong bonds that are created through the program.

One Saturday night after a drill meet, Saldivar said she received a call from a drill instructor looking to connect a former student with emergency housing resources. The call left an impression on Saldivar, who had a son in the program.

“He knew I worked for the police department,” she said. “He was wanting to know if I had any resources…he could give this student who was struggling.”

“The captain found a place for him to stay,” she said. “He paid for it out of his own pocket.” 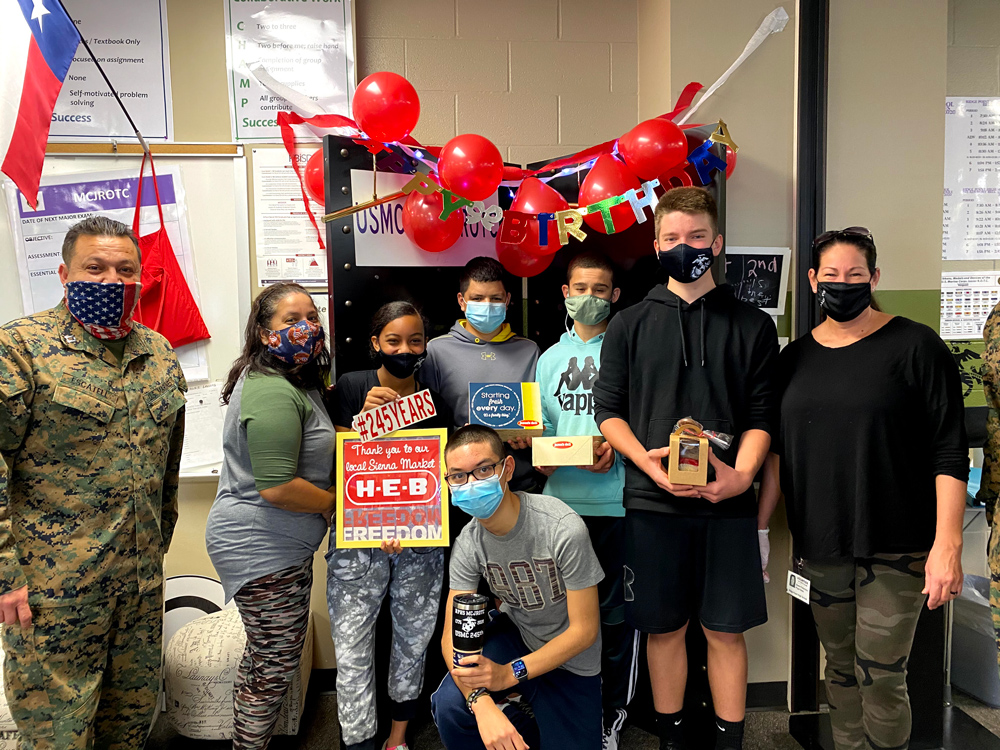 Saldivar said experiencing firsthand how drill instructors are there for cadets spoke volumes about the connections made in the program.

“As a veteran of eight years and the father of a son actively serving U.S. Army, I applaud her efforts to support and volunteer such a worthwhile program,” said Joe Zapata, an administration manager in HPD’s Office of Planning and Data Governance.

“I know that freedom isn't free,” he said. “She is a positive role model of service to those cadets and instructors.”

Saldivar said she also volunteers for the Church of Latter-Day Saint’s Sienna Plantation Ward Chapter located in Missouri City, where she has served as a music leader, scout leader, and works with the young women’s group.

“I have a great love for my service at church,” Saldivar said. 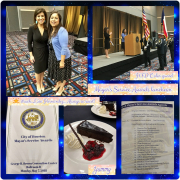