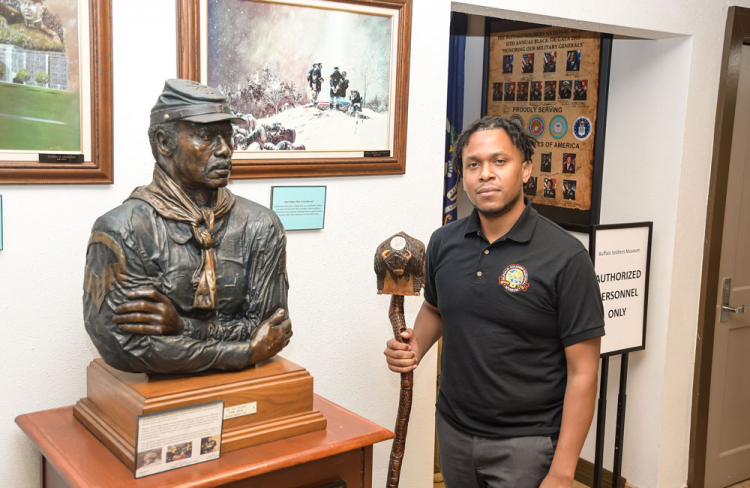 Desmond Bertrand-Pitts, chief executive officer of the Buffalo Soldiers National Museum, stands next to “The Old Soldier,” a bust of a sergeant of the legendary unit. Located in Midtown Houston, the museum focuses on telling the story of Black servicemembers while also promoting outreach in the African American community. Pete Mayes

Since its founding in 2002, the Buffalo Soldiers National Museum has stood apart from the crowd with its two-fold missions of telling both the history of Black servicemembers and conducting community outreach efforts for Houston’s African American community through art.

As part of the City of Houston’s Combined Municipal Campaign, the organization is working hard to find its footing following the COVID-19 pandemic. Its five-year, $5 million “The Path Forward” campaign looks to maintain the museum’s legacy with building maintenance and renovation, staffing and operational support, and promoting future exhibitions, special events and community programs.

“What started as an idea to tell the story of the Buffalo Soldiers has evolved into ‘let’s tell the full story of our history,’” Chief Executive Officer Desmond Bertrand-Pitts said. “That’s what people can experience here.”

If anyone knows the Buffalo Soldiers National Museum experience, it’s Bertand-Pitts. He has a unique perspective as not only CEO, but also as the grandson of the U.S. Army officer who founded the museum in 2002.

An example of this is a painting of George Floyd, juxtaposed with original photographs of various protest marches conducted in Houston last year. It’s prominently displayed on one wall as part of the recent “Artists of the Movement” program, which seeks to bring awareness to the different aspect of art while speaking to the movement that was happening.

“I thought it would be the perfect exhibit to jump off the program. The correlation for me is it’s speaking to Black lives,” Bertrand-Pitts said. “I like to think that we’ve always been on the front lines, even when we weren’t, and the statement brings truth for African-Americans in the military and for us every time we walk out the door.”

The pandemic resulted in the museum pausing its efforts for several months, which might have turned out to be a blessing in disguise, Bertrand-Pitts explained.

“The pandemic was something we couldn’t control, but it gave us a lot of time to think and restructure our campaign,” he said. “Like many organizations going through an awareness, it forced us to ask ourselves who we were, what are we putting into the community and what are we sharing.”

Other programs the museum will offer are a new STEAM Program, an updated version of STEM (Science, Technology, Engineering and Math) for youths which includes Art; “Fit To Serve,” a health and wellness program geared for seniors and veterans; and “Military Inspired Art,” or MIA, a program where veterans and active duty servicemembers can showcase their artistic sides through works that are military-themed.

“The MIA is a program we started in 2018. We were going for a tourism grant and I was trying to think of ways to draw people into the city. I wanted to do more things art-centered, and after doing my research I realized there were veteran artists,” Bertrand-Pitts said.

“It’s another opportunity for artists to be themselves and showcase their work,” he said. “From there, we started doing workshops on artist therapy, having conversations about PTSD and mental health, and how art heals both in the military and outside. I really just wanted to do this one-off exhibition, but it grew and morphed into something else.”

The STEAM program is a new project scheduled for June through August. Bertrand-Pitts said the museum is partnering with Houston group C-STEM. Museum leaders met with famed NASA engineer and inventor Lonnie Johnson (creator of the Super Soaker water gun toy), who introduced the idea of including the military and art aspects with STEM.

“The goal of course is to be relevant and in the now with students. We’re not so much looking to merge all of the military aspect into it, but we now have an in through art,” Bertrand-Pitts explained.

He also said he wants veterans to understand that the museum is sharing their stories.

“We exist to make sure the sacrifices that veterans make for this country does not end with that sacrifice,” Bertrand-Pitts said. “We want to continue to share that narrative and make sure we educate people on what the contributions really are and how they affect us. If we’re not here, who’s going to tell that story?” 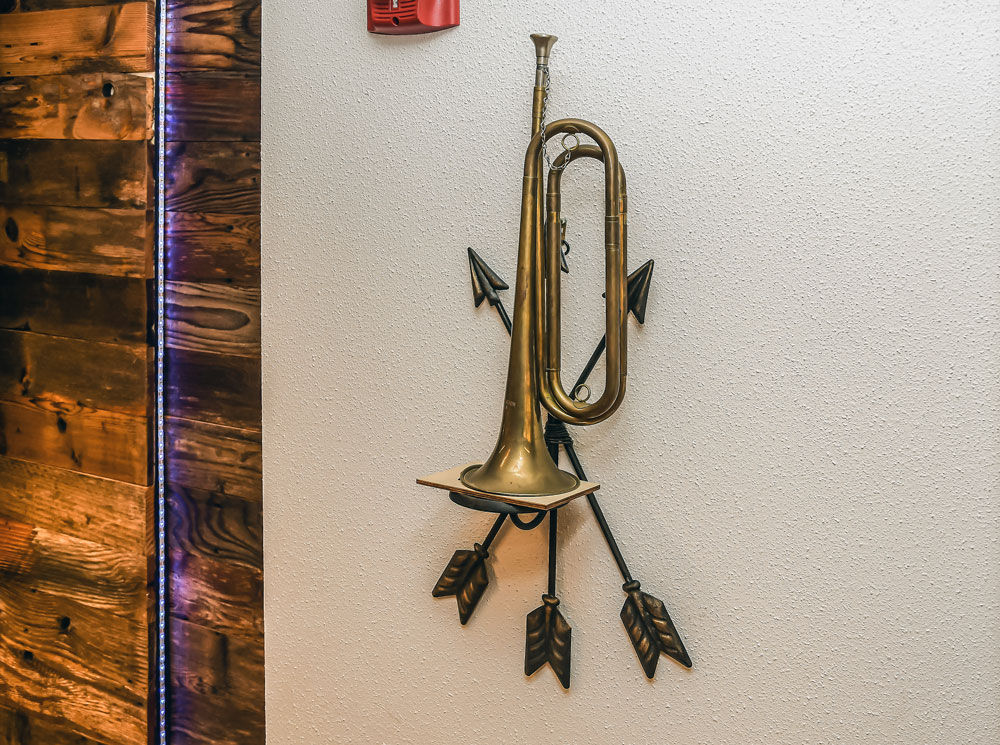 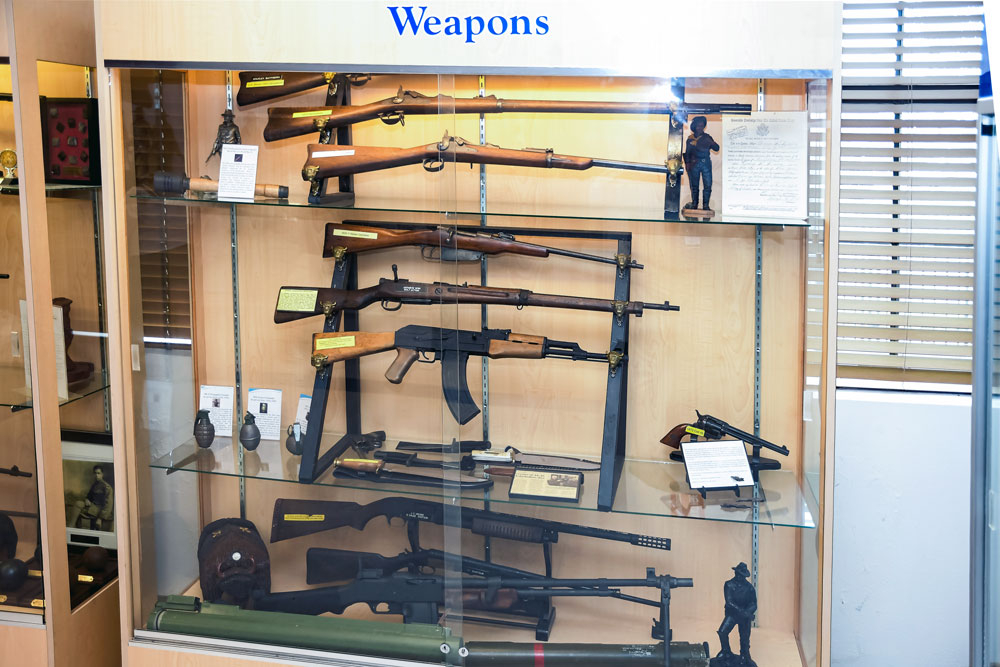 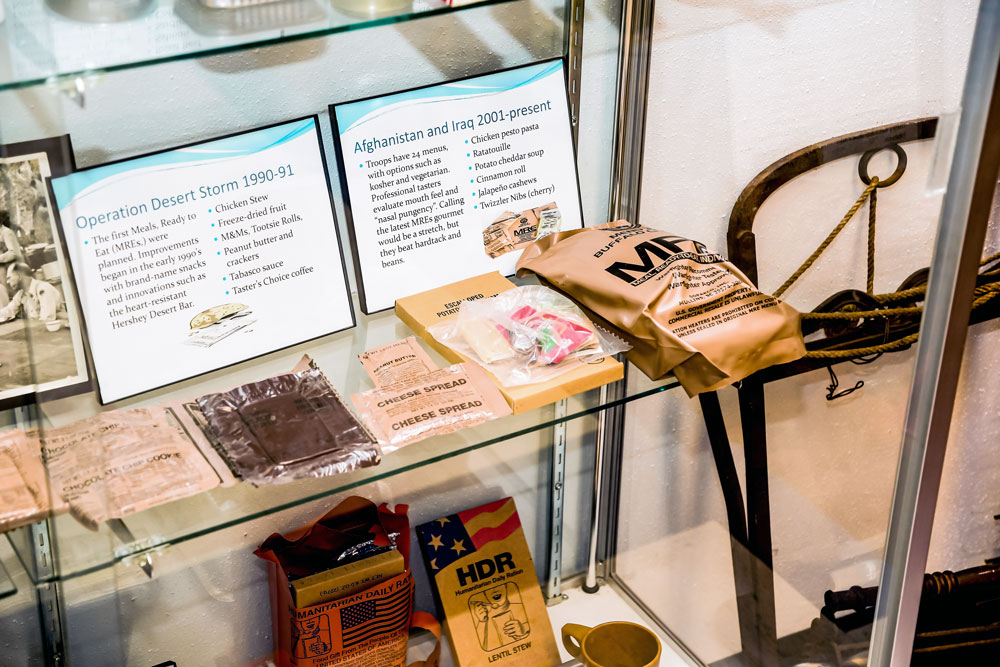 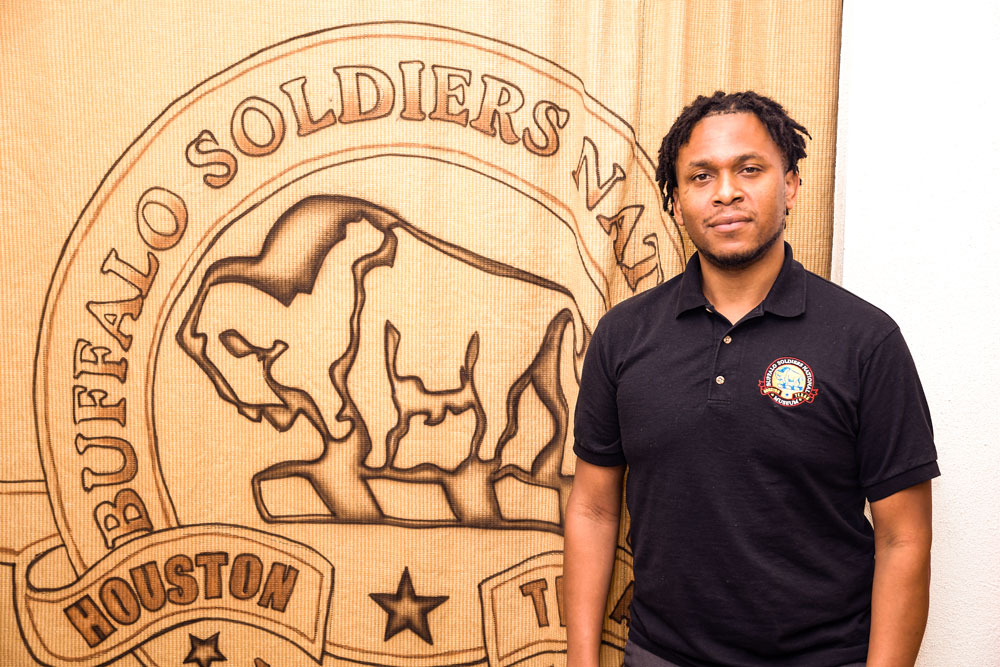 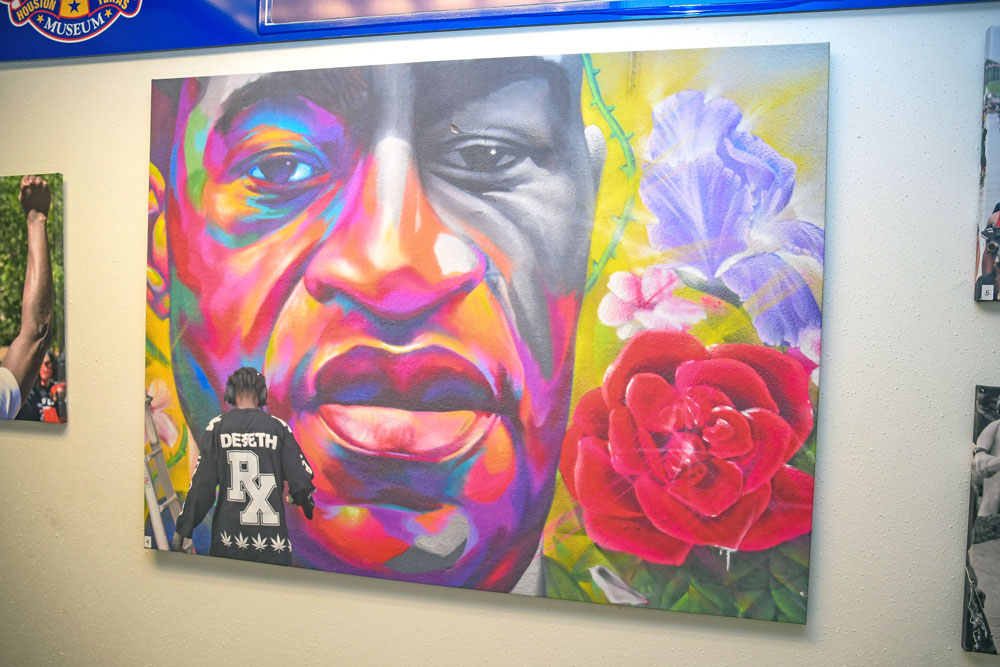