Animal advocate uses story of adoption to inspire others 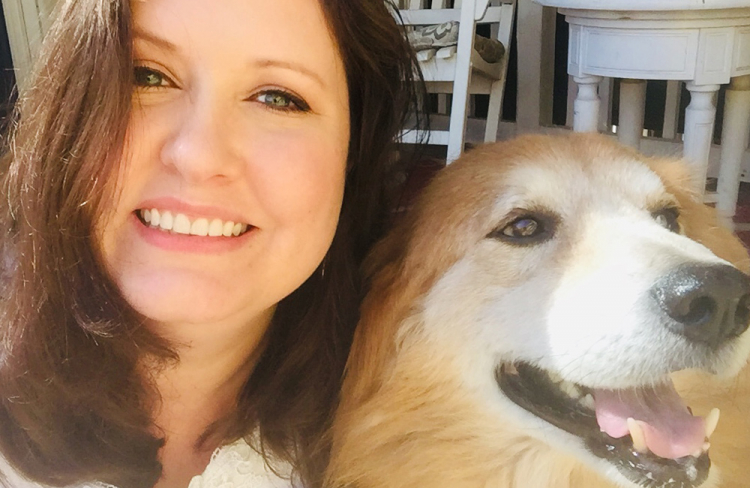 Seven years ago, Miranda Morris-Herbert made a life-changing decision.

“I wanted to try to save a life,” said Morris-Herbert, an administrative specialist for the Houston Public Library.

After the passing of her 16-year-old dog Murphy, she wanted to open her home to a dog in need. In doing so, Morris-Herbert not only saved a life, but was inspired to embark on a career in rescue that eventually led to a career with the city.

Now, Morris-Herbert uses her story of adoption to inspire others to foster, donate, or volunteer with rescues to help give unwanted shelter pets a second chance at life.

“When I met Chance at the shelter, I was told by kennel staff he was scheduled for euthanasia the next day,” Morris-Herbert said about the stray dog she named and adopted from the Harris County Animal Shelter in 2013. “I asked about his background and was told he was a street dog who had been picked up by animal control two weeks earlier.”

Morris-Herbert said Chance was sick and barely able to stand due lacerations from a dog attack, ear infections and excessive flea bites.

“He was visibly miserable,” Morris-Herbert said. “He had completely given up on life. I couldn't leave him there. I had to give him the opportunity to survive.”

After visiting her vet, Herbert learned Chance was severely underweight, had scars from previous trauma, was missing teeth, and had a pellet lodged under his left elbow.

“I couldn't believe all that this little dog had been through,” she said.

Morris-Herbert said Chance spent a week recuperating at her vet’s office before coming home. “He was proving to me that he was already a fighter and had a strong will to live and love,” she said

As Chance recovered at her home, Morris-Herbert said she realized she wanted to do more. She began fostering shelter dogs and cats from various rescues. In 2017, she began working full time in rescue for the Houston Human Society as an event coordinator. She then worked for Houston Pets Alive! and finally Jake’s House of Animal Rescue in 2019. Morris-Herbert took Chance along to rescue events to help spread awareness about adoption, volunteering and donating.

“Sometimes schools would ask me to come out and do a talk about animal rescue with the kids and why it's important to learn about animal behavior, or what to do if they find a stray, or how to help animals if they find one that's sick,” she said.

Along with schools, Morris-Herbert and Chance visited corporations, nursing homes, and civic and home association organizations to talk about fostering, donating and volunteering.

“He's just a prime example of what happens if you just put a little time and effort into an animal that's been overlooked,” Morris-Herbert said.

Morris-Herbert said she was laid off in March from her job with Jake’s House of Animal Rescue due to the coronavirus pandemic. While the pandemic put a pause on a lot of things, it didn’t stop her from continuing her work with rescues.

“In the midst of looking for new work, I still tried to donate at least 2 to 4 hours a week to help market adoptable animals, animals at risk of euthanasia, donation opportunities, volunteer and foster opportunities, or help connect lost and found animals with rescue groups and low cost vet care,”  she said.

During this time, Morris-Herbert also helped to write grants for various rescues. When she joined the city in May, her grant writing skills quickly paid off.

Now, she manages all grant applications and awarded funds HPL receives through state, public and private organizations. The grant cover gaps in funding that support community programming, outreach, training opportunities and more, “I am truly in love with my new role,” she said

“Working for the City of Houston is a blessing and I will always be thankful for the encouragement, support, and opportunity the Houston Public Library and city provides to me as an employee,” Morris-Herbert said.

While the pandemic unexpectedly changed Morris-Herbert’s career path, it didn’t change her passion for animal rescue. “Every little bit helps,” she said .

“Whatever you can assist with will help save these organizations time and money, which means they get to spend more time rescuing animals and less time doing the other stuff,” she said.

She offers this advice to those wanting to get involved in animal rescue.