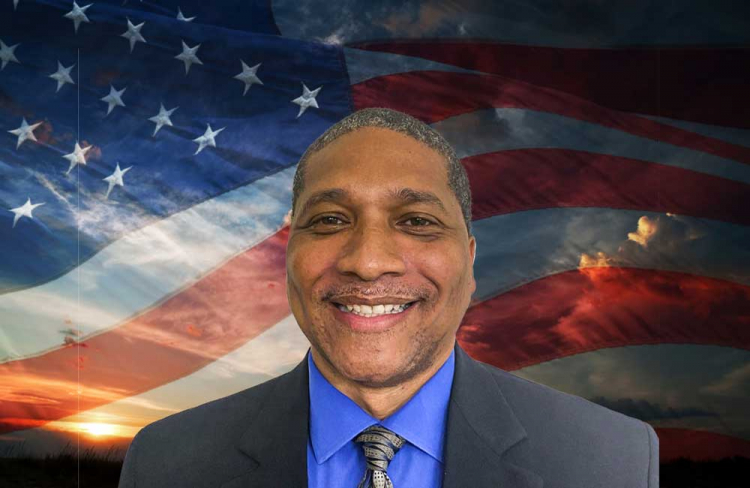 Twenty-one years ago, Rob Howelton had a life changing experience.

After a day of fishing with his best friend at Gibbons Creek Reservoir, his car broke down on his way home along State Highway 30.

Howelton, a systems analyst for the city’s Legal Department, was 18 years old at the time and attending Texas A&M University.

“They would look in the car and pass us up,” he said of the multiple motorists who drove past the stranded students.  “Then this one older guy stopped and said y'all get in the truck.”

Uneasy about the situation, but tired and wanting to get home, Howelton said he and his friend grabbed their fishing rods and jumped into the back of the man’s pickup truck. When they arrived home, Howelton thanked the man and offered to send him some money for his kind gesture.

The man refused and simply asked him to pay it forward to someone else in need.

“He said you keep passing this act on so that we can get a better place,” Howelton said. “And I have not stopped doing that since he told that to me and my best friend.”

Howelton has since paid it forward through a variety of efforts.  He has  volunteered to build and repair homes and buildings through his membership with the Greater Houston Builders Association.

The home development trade organization works to educate and advocate for housing quality and does community outreach work by partnering with local nonprofits to build homes for those in need.

“Rob Howelton was very involved in the association,” said Vilma Bonilla, GHBA’s membership coordinator. “He donated not only the product, but his time to complete charity projects.”

Howelton has also volunteered to build custom homes with Habitat for Humanity, a global nonprofit that helps to build homes for families in need of affordable housing.

And he also donated time to build homes with Wounded Warrior Project, a nonprofit organization that provides housing and outreach services to injured veterans. His selfless efforts earned him a Bravo Award in July.

“Rob’s work ethic is unmatched,” said Asmara M. Tekle, the first assistant city attorney for the city’s Legal Department. “He will help almost anybody at almost any time.”

“I've been blessed by people that didn't know me, that gave to me, and helped me along the way,” Howelton said. . “And they're only their only request is I give back.”

Along with Habitat for Humanity and Wounded Warrior Project, Howelton volunteered time to Mission of Yahweh, a nonprofit that provides services to homeless and low-income women, children and families.

Howelton helped repair and paint some of their building. He also spent time praying with clients, uplifting their spirits, and preparing meals.

Along with donating time to build homes, Howelton has spent the last 18 years volunteering his time with The Church Without Walls, helping to broadcast their Sunday service to thousands of members each Sunday.

“I'm an engineer by trade, and so it was just a natural fit for me to get into the video industry,” Howelton said. “Once I got into it, I fell in love with it.”

Howelton volunteers his video services to the church to ensure those who are unable to attend service, still have access to spiritual guidance and prayer on Sundays through the service broadcast.

“I have a big heart naturally,”  he said. “I've always given back.”

Howelton said  his volunteering philosophy hasn’t change because of COVID.  He recently donated food and clothing to a friend in need. “It hasn't stopped me from doing kind things for people.”

To ensure he’s volunteering safely, Howelton said he has reduced the number of hours he volunteers at the church and ensures he practices social distancing when dropping off items to those in need.

Howelton carries that same selfless spirit of service into his role for the city. For the past six months, he’s been working nonstop to get each Legal employee a laptop in case they need to work from home.  He also does temperature checks at city buildings to ensure city employees arrive healthy at work.

“We're doing things so that they can be protected,” Howelton said of his expanded work duties that aim to keep employees safe and healthy amid the pandemic.

Howelton offers this advice to anyone looking to give back.

“Follow your heart,” he said.  “It's not about trying to impress anybody. It's about you giving to them so they can see the goodness of people on this earth.”