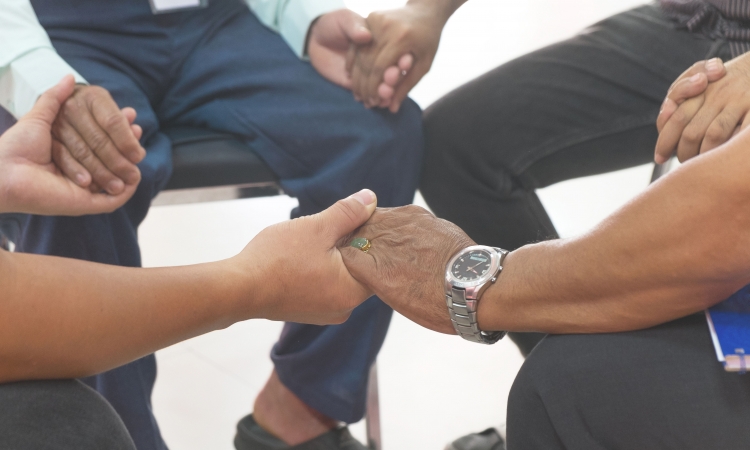 Reginald Banes will never forget the look in the eye and the hug that seemed like it wouldn’t end.

A Houston Public Works colleague had died, and Banes, who not only works for HPW but is an associate pastor at Progressive Missionary Baptist Church, was there for the family.

He was there as a friend, sure, but also representing the city and the department. He presented his colleague’s family with a proclamation. He prayed with them and provided support.

“I had the opportunity to help with that homegoing celebration to present a resolution on behalf of the city. I knew this man and a lot of the people who were there,” Banes said.

“But when I had the opportunity to speak with the minister and the family and pray with them, before we went into the service  — I’m not usually part of that; the family’s pastor usually takes care of that — but they asked me to come in and join them. Because I was sharing the resolution. And after I read it, his wife came up and hugged me. And I mean she hugged me like she didn’t want to let me go to show her thanks for what we had done. That was pretty moving.”

Banes is not only a senior GIS analyst for Houston Water, he is also a member of the HPW Minister Council.

He is one of about 10 HPW employees who serve colleagues who are dealing with grief or are going through a difficult time and need support.

And he said the aid and comfort the Council is able to provide and those moments like he experienced at his colleague’s funeral make that volunteer effort worthwhile.

Public Works employees often work in the field, sometimes in situations that can be hazardous. In addition to stress, there is some physical risk.

That’s why there is a Houston Public Works Minister Council: to help with emotional and spiritual support of HPW employees and their families during difficult times.

HPW Chief Operating Officer, Deputy Director Eric Dargan, said the idea to start a group of HPW employees who can help minister to their colleagues arose several years ago.

“The original thought came from the fact that in the military, there is a chaplain assigned to support the troops at all times,” Dargan said. “Chaplains provide the spiritual and personal care support that is not provided through the official channels that most organizations supply.

Also, when you look at HPD and HFD they have a full time chaplain on their staff.”

And with more than 4,000 people working in HPW, there is a need.

“Based on the amount of employee deaths along with family deaths and hospital visits, it was determined that we had a need that wasn’t being met,” Dargan said.

“Therefore, working within the resources available and with the numerous ministers amongst our employees, when the call went out, I was pleasantly surprised and pleased with the overwhelming response to join the team.”

Like Banes, most of the Minister Council members are lay leaders in the churches they attend, though he said there are a couple pastors.

Banes is a member at Progressive M.B. Church in Acres Homes. But he has taken Bible and theology courses and also serves the church as an associate minister and director of Christian education.

He also has led a Bible study with other City of Houston employees, though that they are now meeting virtually online because of the coronavirus pandemic.

He was already leading the Bible study group when he received a call asking if he would also join the Minister Council when it started several years ago. Banes said he initially hesitated.

Banes said Minister Council members not only help with funerals of HPW employees or their families, they will support anyone who’s having difficulties.

“We help anybody who’s going through stuff and wants some prayer,” he said. “Most of the time it’s because a loved one has passed away or there is a sickness.

But sometimes there is someone who is separated from work and they don’t know when they’re going to come back or there’s an illness, or they just want to talk to someone. I guess employees who are struggling or need a little encouragement, we’ll reach out to them.

“It’s rewarding,” he added. “To see the appreciation of folks that you actually get to talk to . . . that’s priceless.”

Anyone who wishes to be put in touch with a member of the Minister Council may call Kevin Roe at 832-395-2091, or email hpwemployeeengagement@houstontx.gov.