Jeremy Lahar pays it forward one resident at a time

Growing up without a father figure wasn’t easy for Jeremy Lahar.

"There was a lot opportunities for me to make the wrong decisions and you know go in the wrong direction” said Lahar, a sergeant for the Houston Police Department.

But thanks to some athletic coaches in middle school and high school, Lahar experienced first hand the positive impact of mentorship. 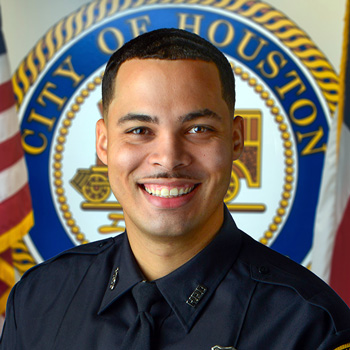 “They looked out for me and guided me in the right direction,” Lahar said.

Lahar, who grew up in Independence Heights, knew he wanted to help others in similar circumstances.

“I felt like it's one of the things that I had to do,” Lahar said.

That’s why in 2017 Lahar founded the Houston Prestige Project, a nonprofit organization that provides mentorship to at-risk youth ages 8 to 18.

“It's only right that I go back to those same schools in those same at-risk areas and I mentor some of those kids and let them know that you don't have to be a victim of your circumstances,” Lahar said.

“You can make it out of those neighborhoods, you can be the first in your family to go to college, you can have a career and have a family.”

Lahar’s realized his knack for mentoring kids when he oversaw the afterschool program for Mitch Elementary in Acres Homes. He knew he wanted to do more to help his community.

“I ended up joining the police department because I love helping people. And then it all came together with me going into public affairs and community outreach,” said Lahar, who joined HPD’s public affairs division in 2011.

He quickly put his passion for mentoring youth and his love for helping people to work for the city.

Over the past four years, Lahar has implemented various programs to uplift the community. His efforts earned him a Bravo Award in July.

“Officer Lahar is an exemplary officer, extremely resourceful and enthusiastic about the work he does and is an important contributor to the success of our department,” said HPD Sergeant Michelle Sandoval.

“There is no stone left unturned by him if he knows it will provide a safe, positive, interactive environment between the youth, senior citizens and police officers.” 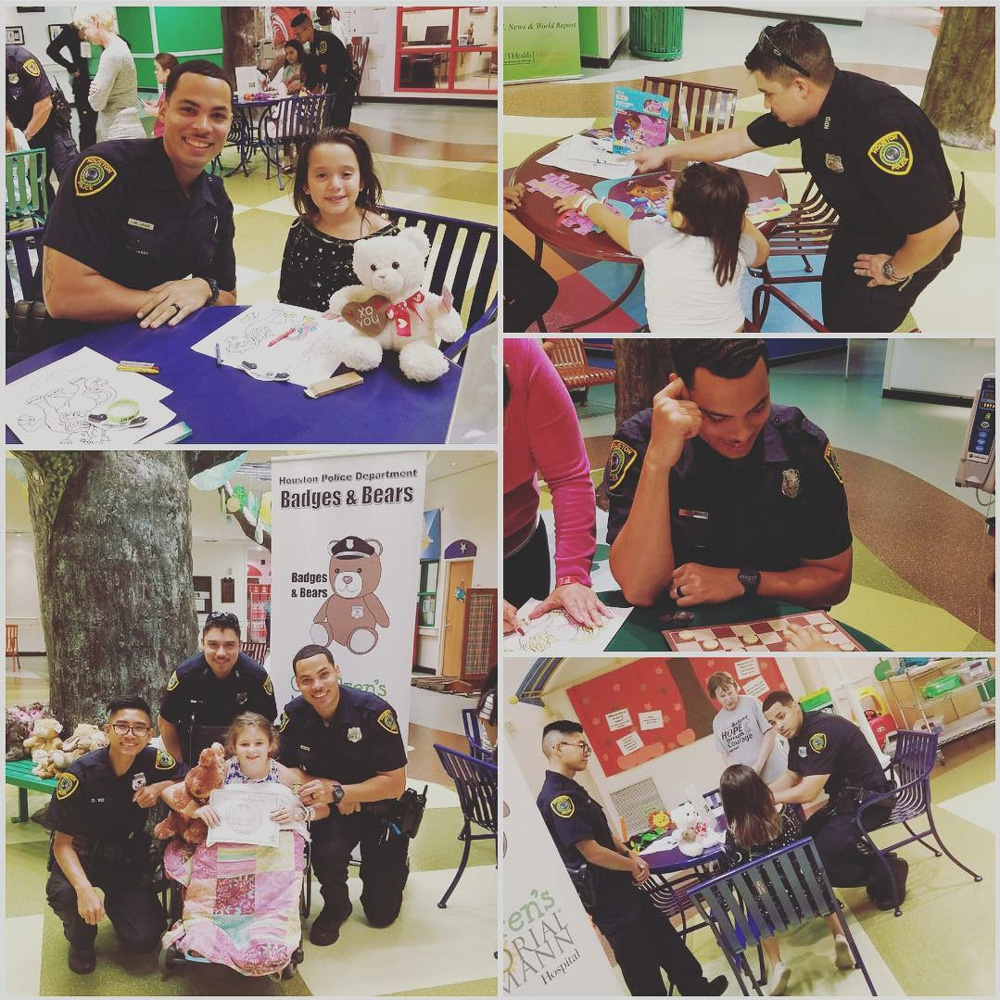 A year prior to founding his nonprofit, he implemented the Badges and Bears program, which aims to provides comfort to children during extended hospital stays.

The program was inspired by his sister, a double lung transplant patient who passed away.

“I just had, you know, memories of her being in the hospital and all the people she really saw was myself or her husband and my mom and the doctors and nurses,” Lahar said.

“I wanted to come up with a program that would allow me as an officer to go into the hospital and you know, meet with the kids, play with them, joke with them, play video games, play board games, color, and take their minds temporarily off what they may be going through,” Lahar said.

“The children’s faces light up every month when they showed up excited to see what activities they will be doing that day,” Sandoval said of Lahar and fellow officers who visited local hospitals once a month.

“Officer Lahar also ensured each child got a bear to provide them with comfort during their hospital stay.”

In 2018, Lahar developed the Feet on the Street show, which engages residents to answer safety questions in a fun way while providing informative safety tips.

The short videos were then shared on HPD social media platforms in an effort to improve the relationship between officers and residents.

“If you can't connect with the community then you know your job is going to be hard,” said Lahar, who believes communication is key among residents and officers.

The podcast was another tool Lahar hoped would help residents and officers connect.

“It's just another way to communicate and hopefully bridge the gap and help the community get a better understanding of police officers and why we handle certain situations the way that we do,” Lahar said.

“You know give people an idea that we do have a sense of humor, we do crack jokes, but we can still educate you at the same time.”

To help the elderly, Lahar set up the Senior Citizen Interaction Program, which engages senior citizens who attend events at multi-service centers across the city.

Lahar and fellow officers would visit centers to speak with seniors about identity theft and financial phone scams, which they can be susceptible to. 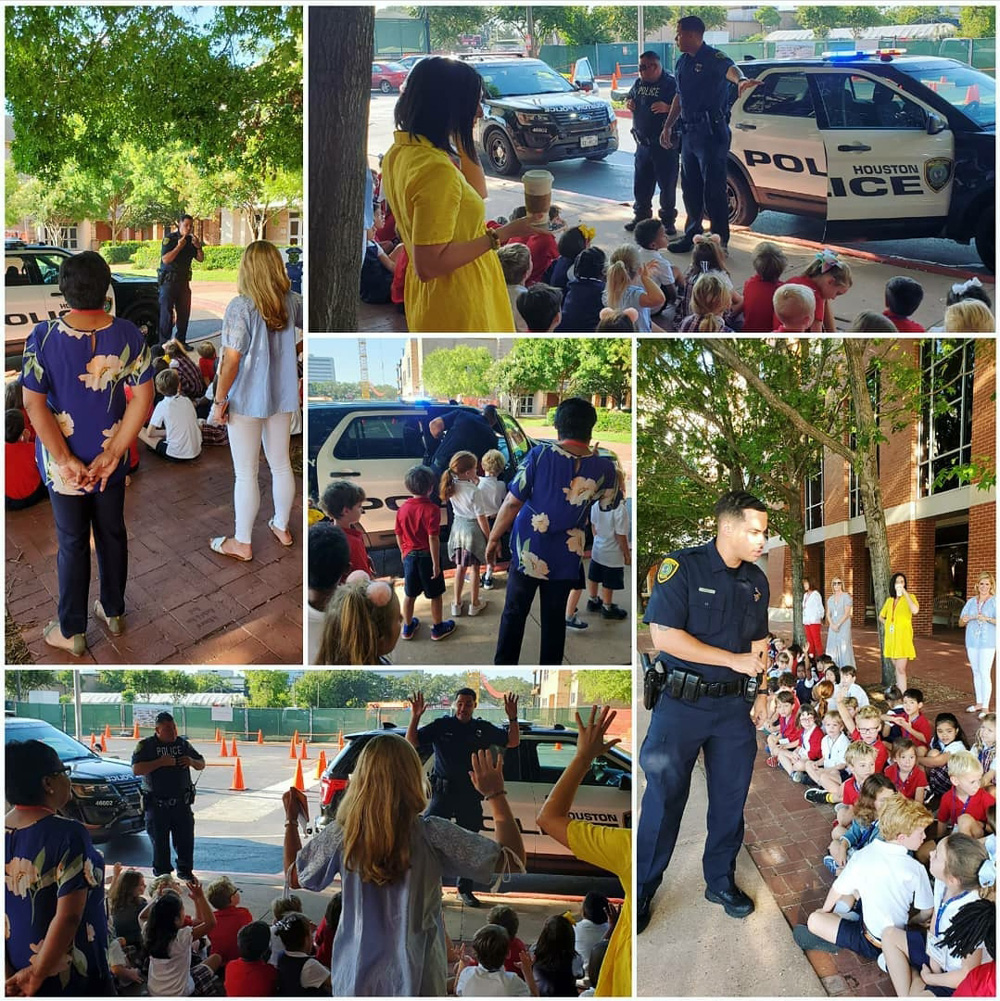 Amid the ongoing pandemic, programs that relied heavily on face-to-face interaction are facing new challenges to stay connected with participants.

Lahar, who recently moved from the public affairs division to working night patrol in Greenspoint, uses his days off to record the Triple C podcast when he can. He hopes the other programs will continue in some way.

“I'm hoping that somebody picks up those different programs that were created and keeps them going because I feel like they had a positive impact on people in the community as a whole,” he said.

For now, Lahar stays in touch with his Houston Prestige mentees through Zoom calls, phone calls, and text messages. He encourages others to seek out opportunities to help out where they can.

“You know, there's always a way to help somebody,” he said. “You just have to find the void.” 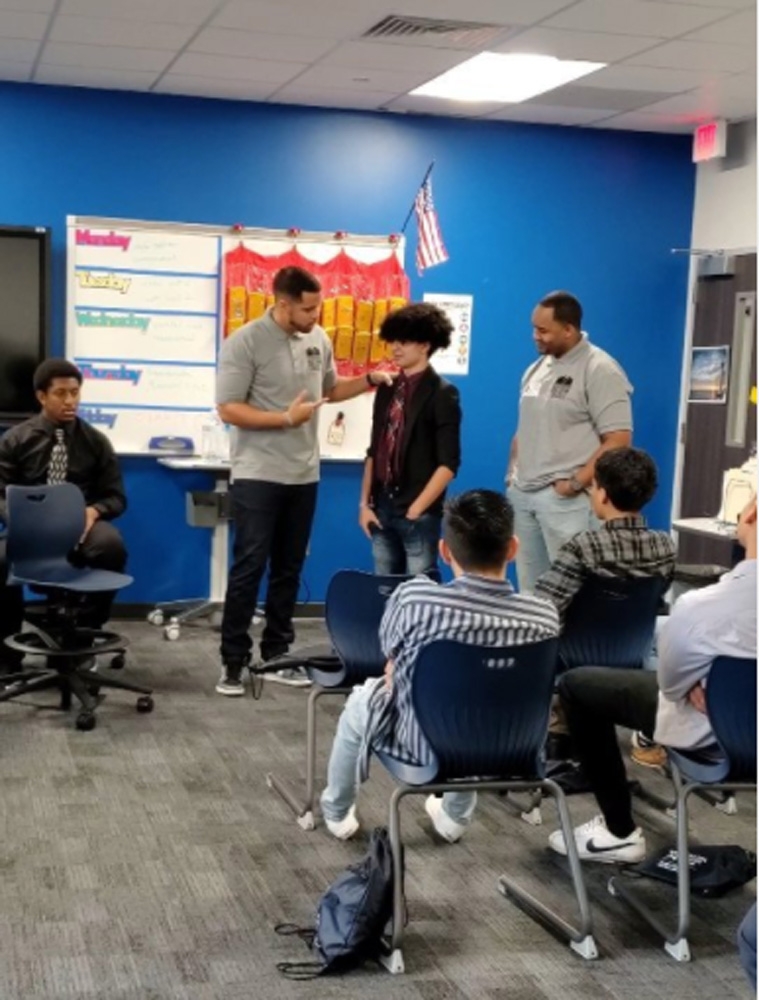 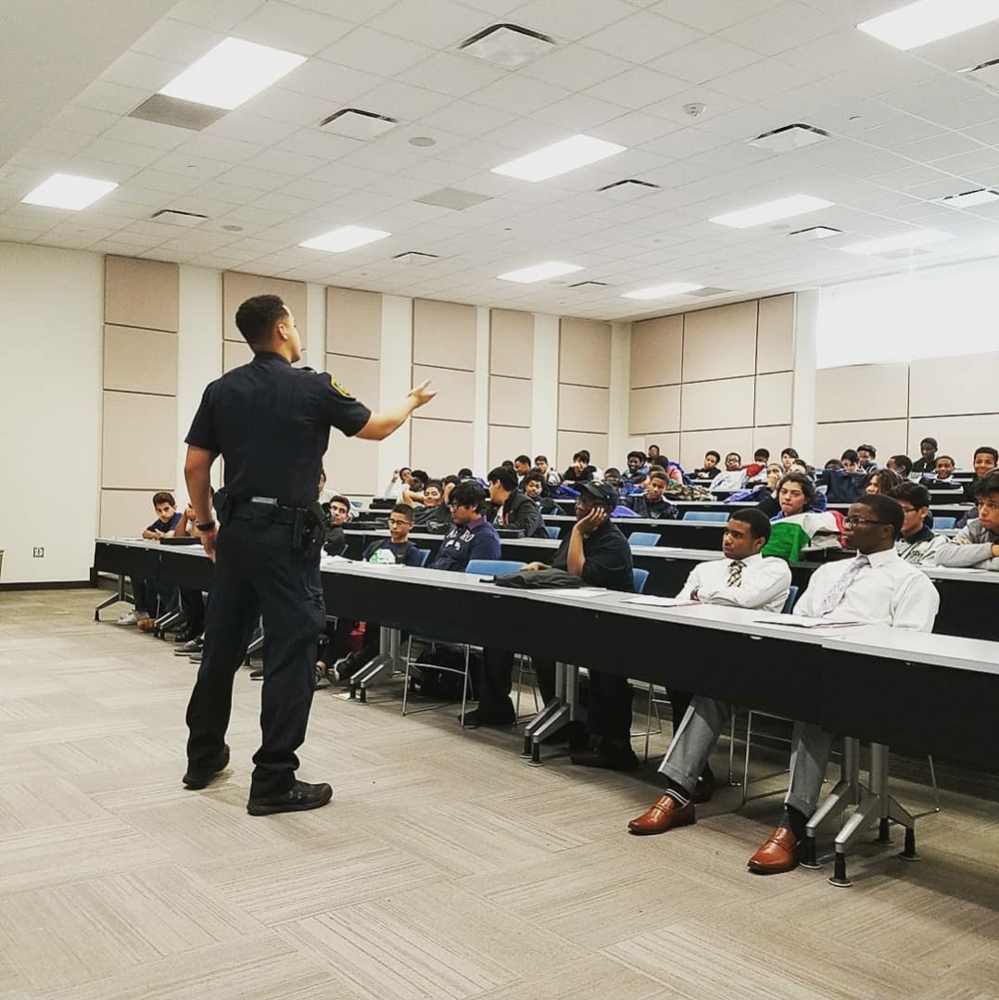