2020 Census: Accurate count could add up to big money 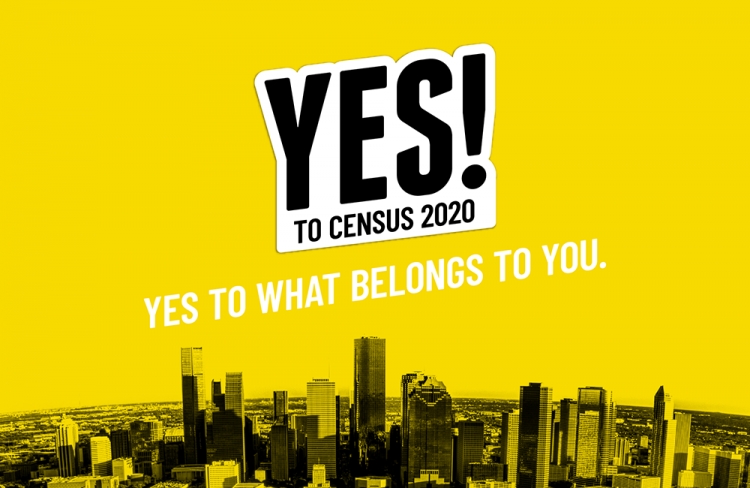 Houston could lose billions in federal funding if the local population is undercounted.

Imagine walking away from tens of thousands of dollars that could be used for infrastructure, housing, disaster recovery, health care and child nutrition. That’s what happens every time each Houstonian fails to respond to the census.

A new decade brings another census, which aims to count every person living in the United States and five U.S. territories. By taking about 10 minutes to answer a short questionnaire, residents can help secure funding for local programs for the next decade. But if the Houston population is undercounted, billions of dollars could be at stake.

Data collected by the census determines political representation and population grants that fund programs like Medicare, Medicaid, the Children’s Health Insurance Program, school lunch programs, housing, disaster recovery and road improvements. The government also relies on population data to determine the number of representatives from each district. For every person who is not listed on the census, Houston loses $1,000 per year. That’s a loss of $10,000 per person over the census period, according to the city’s Planning and Development Department.

“Getting a complete count on the census is critically important to Houston’s future,” said Planning and Development Department Director Margaret Wallace Brown. “Answering the census is the most important civic duty a Houstonian has in 2020, at least until the November election. We have to convince people that it is in all of our collective best interests to get an accurate count.

“It’s our job to minimize an undercount as much as possible. Houston was undercounted in the 2010 census, and if we get as small as a 1% undercount this year, we could lose $250 million per year over 10-year period for programs on which Houston residents rely,” Wallace Brown said.

Residents will receive postcards from the United States Census Bureau with instructions about how to take the census in early March, but long before census representatives start knocking on doors, the city’s Planning and Development Department, Harris County and Houston IN Action started spreading the word, encouraging Houstonians to say Yes! to Census 2020.

Houston's Yes! to Census 2020 local campaign addresses common concerns and assures Houstonians that responding to the census is quick, easy and safe. It’s a critical message that requires all hands on deck, so multiple city departments are joining in the effort.

So why the big push? If the Census Bureau employs people to conduct the census, why are the City of Houston, Harris County and other organizations involved in promoting this federal program? Because nobody knows Houston better, says Sasha Marshall Smith, a planner with the Planning and Development Department who serves as one of the project leaders for the city’s census efforts.

“We know our communities. We understand our city’s diversity, our specific challenges and concerns, and we can address those issues directly,” Marshall Smith said.

“When certain populations or neighborhoods are reluctant to respond to the census, we can lay the groundwork to put those fears to rest. Even if you don’t think federal program funding applies to you, it’s beneficial to someone you know.”

The Complete Count Committee hired Lopez Negrete Communications to create a comprehensive campaign, starting with focus groups of traditionally undercounted populations to determine better ways to reach those communities and how to alleviate their apprehensions.

The populations that are traditionally undercounted include:

“We want every Houston household – regardless of age, income, ethnicity, immigration status or English language proficiency – to feel confident and comfortable with answering all nine census questions. It is available in more than 13 languages, and you can take it online, on the phone or by mail,” Marshall Smith said. “There is no citizenship question. Your answers cannot be used to track you, deport or discriminate against you. By law, your responses cannot be shared with any other governmental agency including the Department of Homeland Security, ICE or the White House.”

What can you do to help?

“As city employees, how many times have your families, friends and neighbors asked you questions about what’s going on in the city?” Marshall Smith said. “Employees need to be informed about the census so they can serve as trusted voices in the community and reassure people in their network the census is safe.” 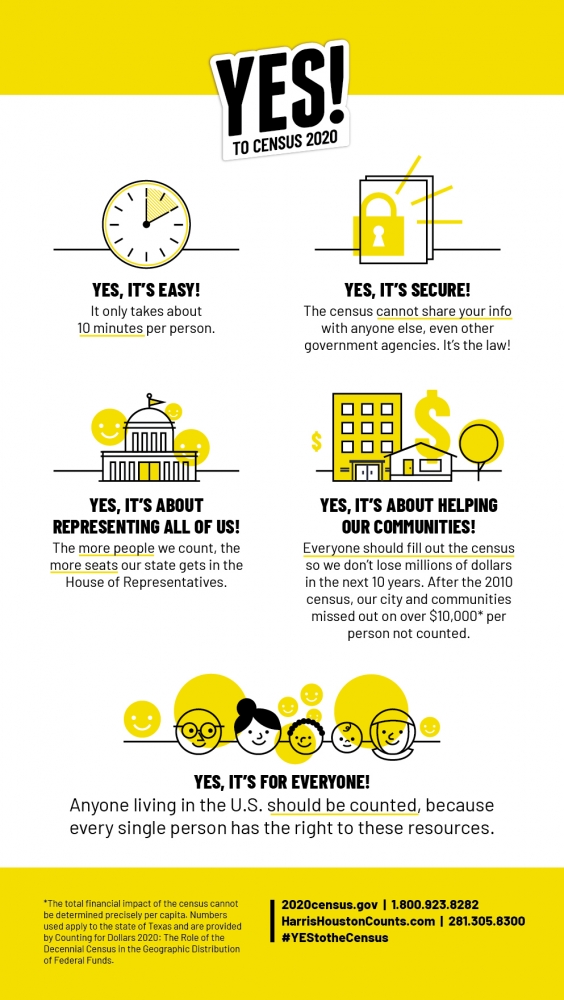