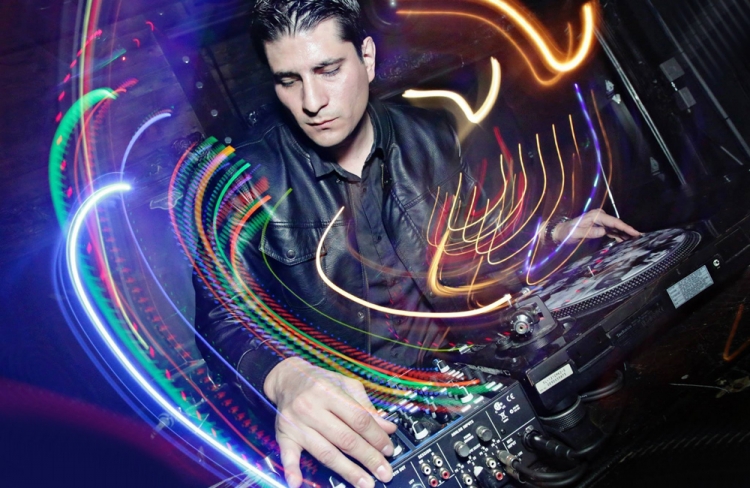 From an early age, Sergio Martinez learned how to juggle two jobs: At age 15, he saved his first fast-food job paychecks to buy second-hand turntables needed to launch a DJ side gig.

“We used to have a lot of big family parties when I was growing up. They would hire a DJ and even put on light shows," Martinez said. "I wanted to figure out how to do that myself, so I saved up for more than a month to buy my first gear.”

More than 20 years later, you can still find Martinez behind the DJ booth at night spots around Houston under the name DJ Mpulse. By day, you’ll find him in the city’s Human Resources Department coordinating Family Medical Leave Act (FMLA) benefits for employees citywide.

“It’s important to find something you’re passionate about. It makes life more exciting, introduces new interests and pushes your brain to learn something new,” he said. 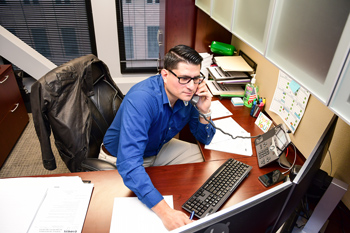 This duality may seem drastically different, but at its core, both jobs help people feel better – addressing both physical and mental well-being, he said.

Martinez, an HR administrative coordinator, has worked for the city since 2005. He works closely with HR’s employee relations, workers compensation, benefits and EAP divisions to resolve some of the most complex and challenging workplace issues including extended absence from illness, injury or disability. He coordinates the leave donation pool for employees who have exhausted their paid time off. He also serves as a liaison for the pension office to assist employees through the retirement process.

“From the get-go I knew music was not going to be my main career,” he said.  “I like what I’m doing here at the city; I like being a resource for employees and helping people figure out the next step, so I try to find a way to do both.”

Martinez’s role requires patience and compassion for others. He estimates that he receives 50-60 FMLA requests in a busy week and at least 500 a year.

“In HR, we’re not just there to hire fire, discipline, and make sure you get paid,” Martinez said. “We’re Human Resources, and we take that job seriously.

“I just imagine that it could be me in the same situation,” he said about his customer service approach. “I think about how would I feel if it was my parent going through the same issues.”

Over the last 14 years, Martinez has pursued his public service and music careers in tandem, and occasionally the two intersect. Martinez generously volunteers his time and talent to DJ city events including the citywide CMC Talent Show and other HR events. This year, he served as the event emcee.

“Playing music energizes me and makes me happy,” he said. “I like sharing that same energy and frequency that I’m feeling with the crowd. It just helps you forget about a tough day and feel good.”

“I like to read the crowd, bounce back and forth between the genres, mix it up and keep it interesting,” he said about his DJ style. “I don’t like people to be able to anticipate my next track.”

He earned positions as a resident DJ at downtown Houston venues such as Proof Rooftop Lounge and Live Sports Bar, both of which are now closed. He has also been invited to perform at international music festivals in France, the Netherlands and Germany.

Martinez can currently be seen at Blitz Sports Grill and Party Bar in Webster and Bovine & Barley restaurant and bar in downtown Houston.

Burning the candle at both ends, Martinez said he has to sacrifice some sleep and time with his family, but most of his gigs start after his 2-year-old son is already asleep.

In addition to his full-time city job, Martinez estimates that DJ preparation takes at least 10-20 hours to research and download trending music, edit and produce his own remixes, design event flyers and videos, promote his shows and schedule gigs for himself and other DJs.

Some nights he doesn’t get home until about 3 a.m., but he has to be awake and alert to report to work the next morning. Sometimes the benefits outweigh the sacrifices. Martinez said the additional source of income helped with buying a home and pay for family vacations.

“I can get by on four hours of sleep as long as it’s just one or two nights a week,” he said. “It can be difficult, but having the love and support from friends, family and peers has helped me reach my goals in two careers.”