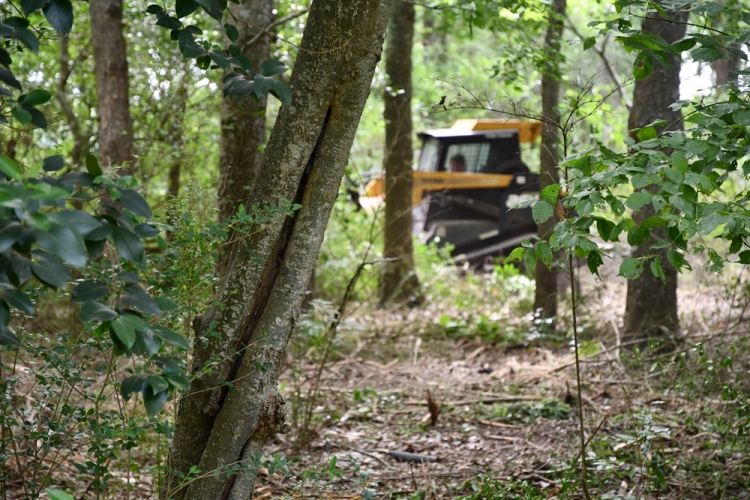 A city contractor uses a “skid steer” brush mulcher to cut through thick vegetation on an abandoned property. Photo by Elise Marrion

The heavily wooded area behind the Cemetery Beautiful in Acres Homes provides a serene backdrop to the rows of polished grave markers and carefully tended plots. But if you take a few steps closer, you’ll find those woods to be far from picturesque.

The dense canopy of brush, weeds, vines and saplings hides an all too common problem in Houston: illegal dumping.

Along James Franklin Street between Esther Drive and Ferguson Way sits 44 neglected lots of overgrown vegetation that have become a prime spot for illegal dumping and a hazard for cemetery visitors or anyone who passes by.

Boxes and bags of personal belongings, discarded tires, furniture, and even a derelict motorboat fill the ditches and spill out into the street. Foul odors of spoiled food, molding garbage, mattresses, and decomposing animals hang heavy in the air.

But the city’s Department of Neighborhoods is doing something about it.

The Inspections section of the Department of Neighborhoods enforces city codes and responds to pubic complaints about overgrown lots, dangerous, vacant buildings, illegal dumping and trash accumulation, junk motor vehicles, and other materials or appliances stored in public view.

Illegal dumping and weeded lots are a problem citywide, but DON Deputy Assistant Director Reggie Harris said this tract of land was among the worst he’s seen.

“One of our employees was attending funeral services at the cemetery and could smell the trash from this illegal dumping site,” Harris said. “Addressing high weeds and grass is standard operations for our division, but this one stood out.

We did some digging and found out it was 44 continuous lots. It’s rare to have an area this large with this much overgrowth,” he said.

“With Acres Homes being part of the Complete Communities program, we saw how bad this street looked, and it was a no-brainer that this project could make a big impact,” Harris said.

The Texas Local Government Code allows the city to automatically to abate any property with weeds or grass 48 inches or taller without notifying the property owner, Harris said. After the work is complete, the city places a lien on the property for the cost of abatement. The property owner has 10 days to appeal the lien.

The Inspections section had some fiscal year-end funds available with landscaping contractor Juarez Mowing and decided to attack the eyesore and health hazard. The project cost about $150,000 took about two and a half weeks to complete.

DON staff is also training on drone technology to get a birds-eye view of difficult-to-access or potentially dangerous sites.

“Before we started working on this lot, the vegetation was so thick you could hardly see in there, let alone walk in here,” Harris said. “When you don’t know what’s hiding in that brush, using a drone keeps our employees safe from snakes and other unseen hazards.”

Despite the continued educational outreach efforts of the Department of Neighborhoods and Solid Waste Management Department, Harris said many residents accept illegal dumping as part of life, or they choose to ignore trash disposal ordinances.

"People are paying attention. We get quite a few calls to come clean up illegal dumping in the area," Harris said. "Lots of folks take pride in their community, but unfortunately there are too many folks who don't."

DON staff spotted an open bag of decomposing rooster carcasses in the woods along James Franklin that were likely dumped after illegal cockfighting.

“There are days that I have walked these streets with all this trash and I almost broke out in tears,” Harris said. “I never knew the compassion I had for communities until I worked in the Department of Neighborhoods. We just want people to know that we are here to help and they don’t have to live like this.” 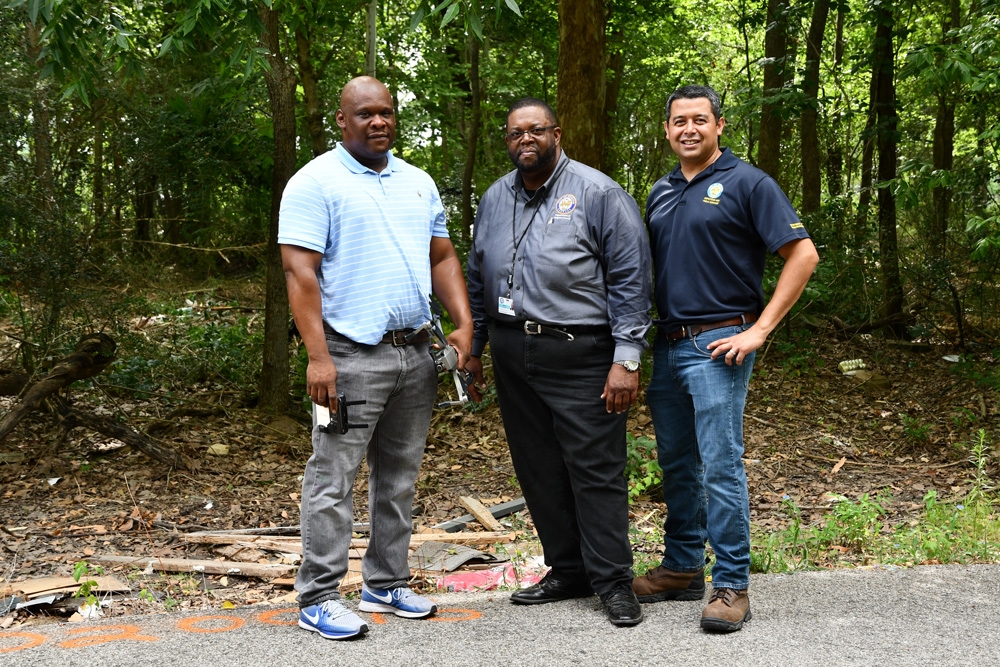 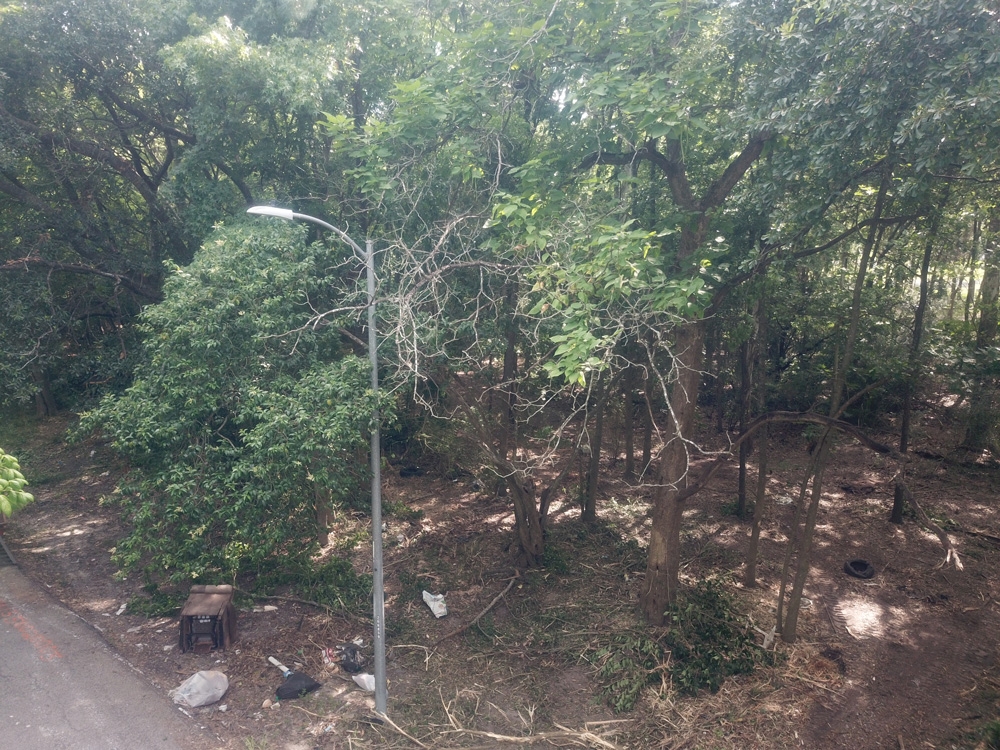 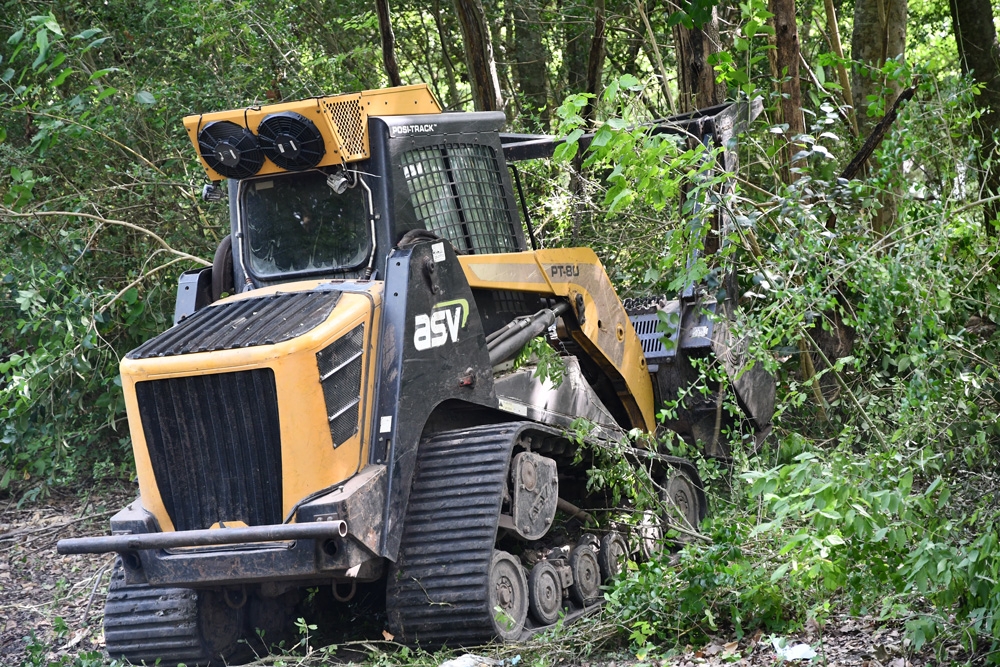 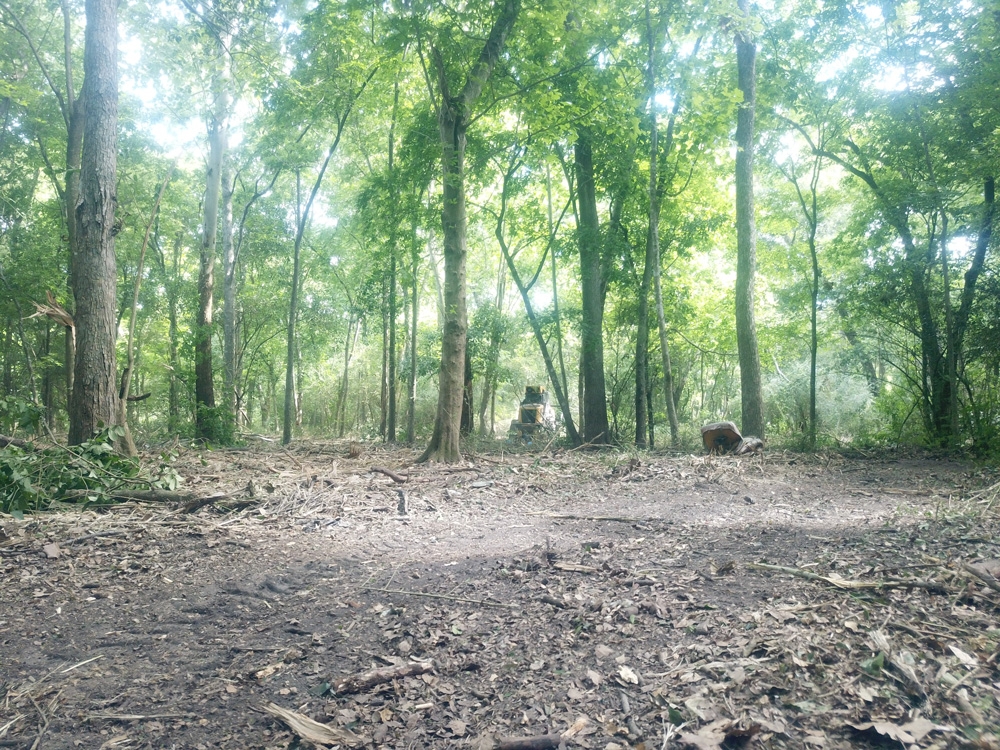 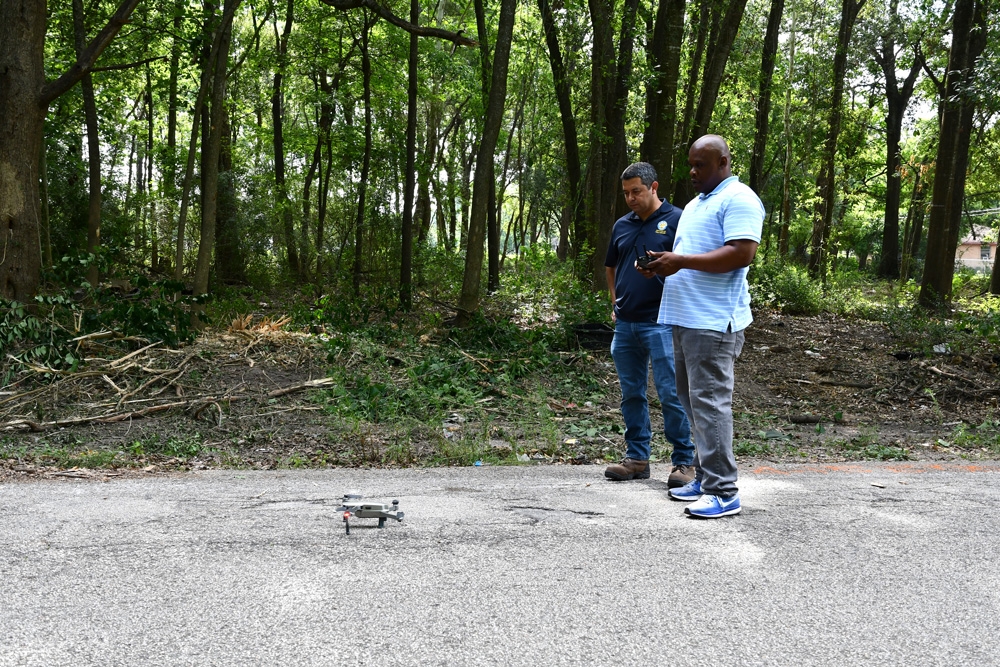 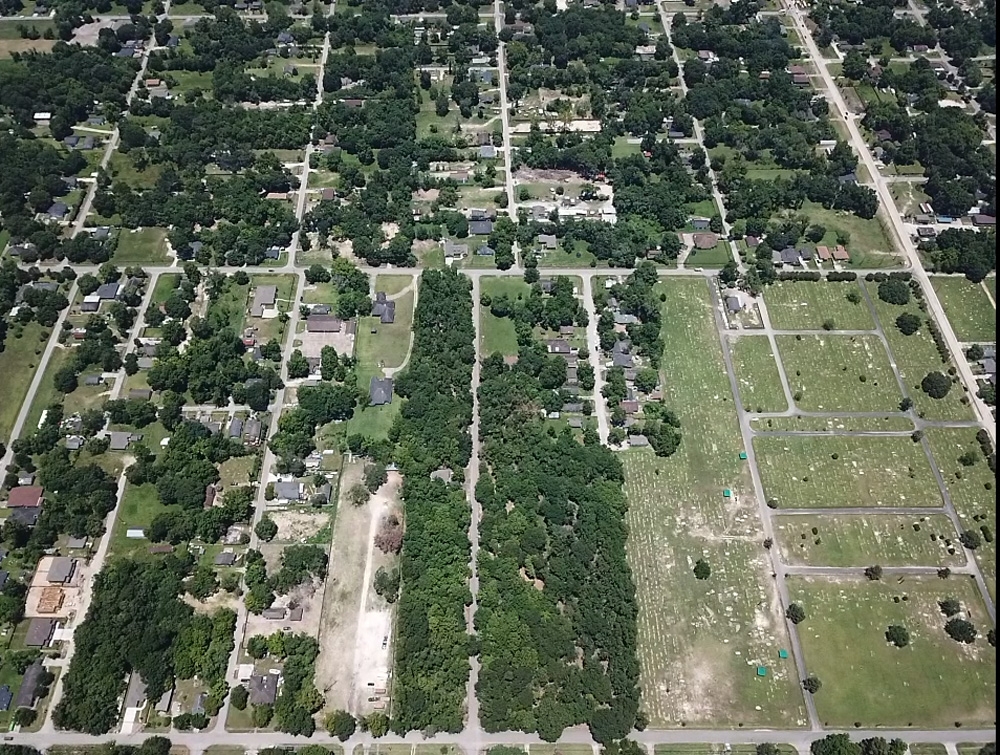 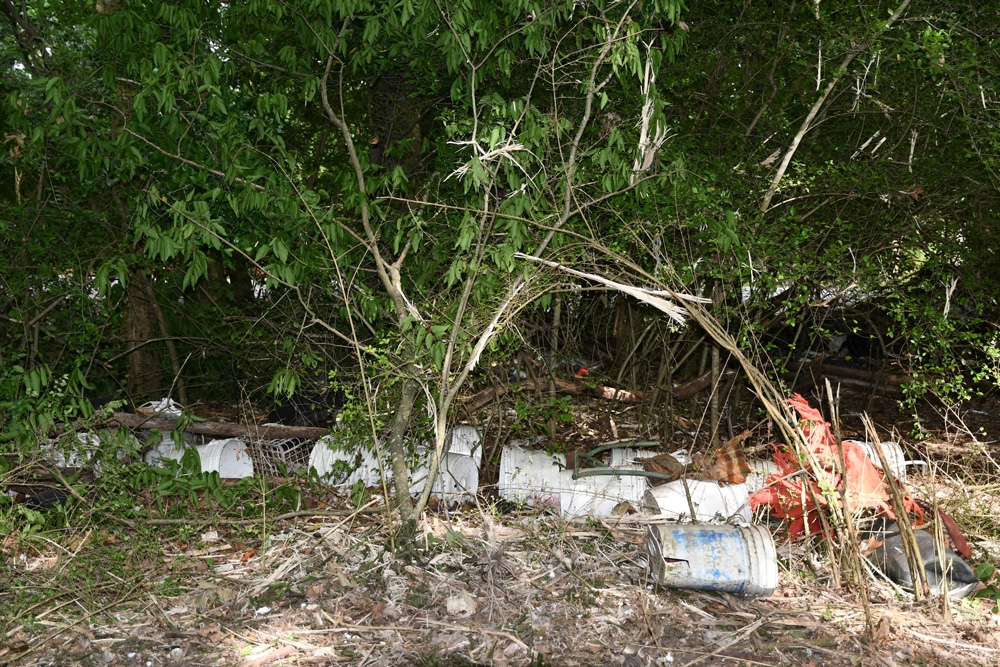 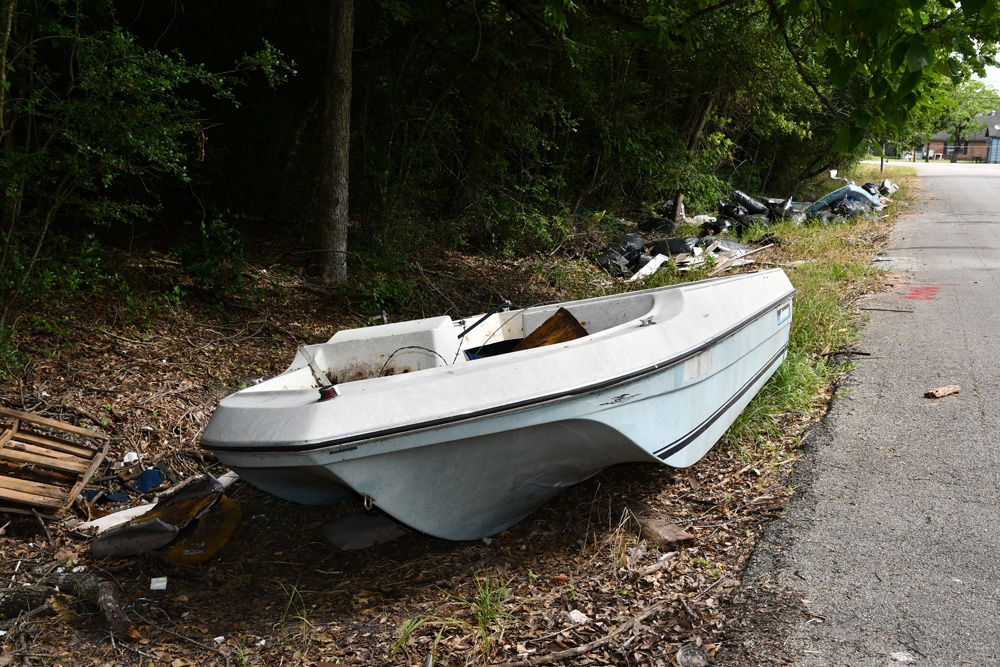 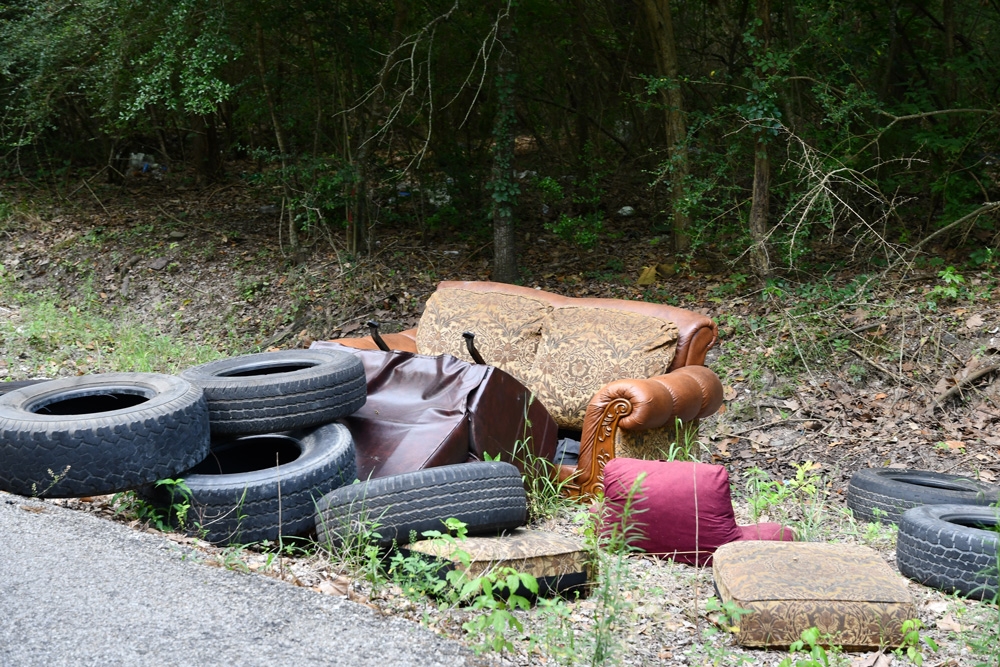 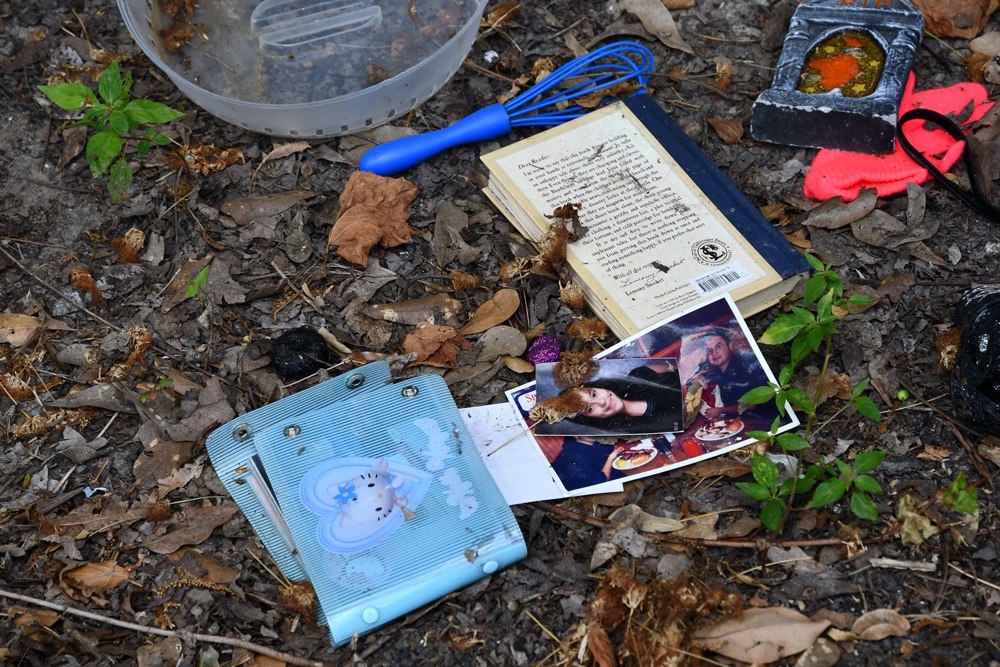