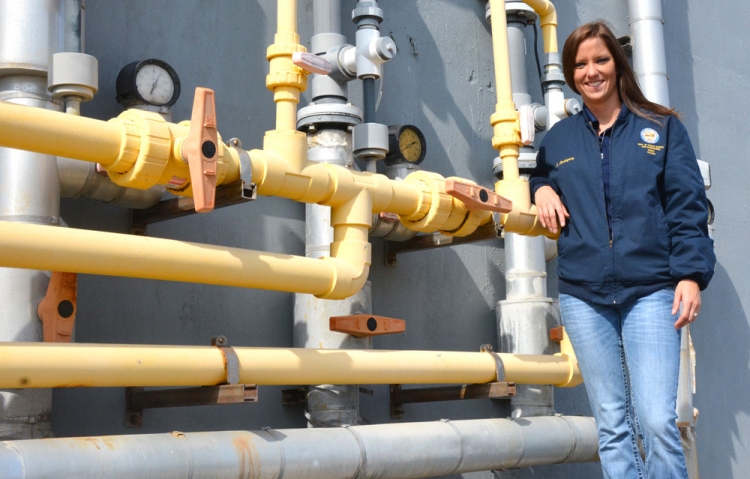 Shannon Rodriguez keeps an eye on the city’s drinking water lines at the East Water Purification Plant and throughout the city. Photo by Elise Marrion

To the untrained ear, rapid-fire conversations around Shannon Rodriguez’s office may sound like code.

Rodriguez is actually talking about inches – diameters of drinking water pipeline, some so big you can stand up inside, stretch your arms, and still not reach the top.

Every time a Houstonian turns on a faucet, shower or water hose, a small army of city employees makes sure water runs out. Running beneath the city is an intricate system of about 7,500 miles of pipelines that deliver a substance essential for every-day life.

“In the best-case scenario, when everything is working as it should, it’s a system that most people take for granted. But when things go wrong, if the water pressure drops, residents tend to notice quickly,” Rodriguez said. “Then they start making calls – lots of calls.”

“It’s an important job, but not always the most glamorous,” Rodriguez said. “You can’t live without water, so you need water engineers who work behind the scenes to be able to drink, bathe and flush your toilet.”

Rodriguez has worked for the City of Houston for five years and previously worked as an engineering consultant for 10 years, but she knew she wanted to be an engineer since she was in seventh grade.

“I was fascinated with bridges, bridge failures and the technical aspects of engineering,” Rodriguez said. “My dad recognized my strengths in math and science, knew I was technically inclined. He knew I would succeed in something like engineering, so he encouraged me to pursue those interests and those academic strengths.”

She earned an undergraduate degree in civil engineering and a Master of Business Administration, both from Texas Tech University. In April, Rodriguez will return to her alma mater to be inducted into the university’s Civil, Environmental and Construction Engineering Academy for distinguished alumni.

In the event of a major water line break, Rodriguez has the authority to make the call and enact the sequence of events to shut down service to water lines 24 inches in diameter and larger. It’s a 24-hour job for which Rodriguez is always on call and even keeps a cot in her office. And for all that responsibility, she earned the moniker, “Water Wizard.”

“When I first came to Drinking Water Operations, they created my position to be the point person to coordinate large diameter shutdowns. Initially, my title was going to be Water Master, but the Texas Commission on Environmental Quality already has that designation,” Rodriguez said. “When we had a Halloween celebration on our floor, I dressed up in full robes and a pointy hat as the Water Wizard, so the nickname just stuck.”

With an uncommonly busy start to the year, Rodriguez and her team have been conjuring up some wizardry to tame six major line leaks. City Savvy spent a day on the job with Rodriguez and Jim Wilson, Drinking Water Operations senior project manager, as they traversed the city visiting sites with pressing issues.

“After this freeze we just had, we have discovered several substantial leaks,” she said. “I wish we could tell you exactly what caused them, but it’s likely a variety of environmental factors. We had Harvey, then went into period with minimal rain, then we had two hard freezes back-to-back. The ground dries out and flexes, which causes the pipeline flex, and as the pipeline ages, it can cause them to break at the joints.”

That morning, Rodriguez and Wilson visited the East Water Purification Plant to meet with potential contractors who could help bypass pump groundwater when the city coordinates with the Coastal Water Authority to suspend operation of a 102-inch line for repairs.

“Because of the major line break at East Plant, we will be limiting the amount of water the plant can push out into treated water system. We met with these contractors to determine if we can use alternative method to get more water into the plant. Pressures will drop in the water system when we take that 102-inch pipeline down,” she said.

The next stop was a 66-inch line leak near Beltway 8 and Interstate 59, where water was steadily bubbling out of the ground and onto the access road. Public Works' contractors were excavating the site to determine the source of the leak and digging a channel to redirect the flow of water. The result was a muddy field that required knee-high rubber boots and careful stepping. Luckily Rodriguez and Wilson avoided any messy slips, trips or falls by giving each other a hand.

Rodriguez said teamwork helps gets her through the long days and high-pressure moments.

“Jim is my right-hand man. I can’t survive without him; he keeps my head on straight,” Rodriguez said. “Sometimes we fight like we’re married, but I’m good friends with his wife, and he’s friends with my husband. We’re a successful team because we share a similar work ethic.

“Jim has an inherent knowledge of the construction aspects of the system, and he and has taken me under his wing to teach me a lot of this stuff,” she said. “I explicitly trust him with anything, and I know I don’t have to second guess anything that he does. He has taught me more than anyone else has in the city.”

And unlike the 66-inch line, Wilson was loath to gush about Rodriguez, but his quiet demeanor and thoughtful response spoke volumes about his mutual respect for her.

“She’s fiery and she’s passionate about doing a good job,” Wilson said. “Shannon is not scared to get in the pipe. She wants to learn about the mechanics and construction aspects. She picks up on things easily, and can focus in real fast … We have our moments,” he said with a smile.

Rodriguez is quick on her feet at work and in her free time. She competes in grueling distance races, and she has scads of medals and competition awards hanging from a bookshelf in her office to show for it. She has already run in two half marathons in 2018, will compete in a half Ironman triathlon in April, and is training for two full marathons.

“It’s just personal drive that keeps me going,” she said. “I don’t sit still. I’ve always been highly motivated. I love my job, I love what I do. Keeping this water system functioning is a huge responsibility and it’s a huge learning experience. I’m very thankful that my bosses have put so much trust and respect in me.”

Who are you gonna call?

When Rodriguez isn’t troubleshooting major waterline leaks, managing the team or monitoring pressure gauges and critical valves, she pitches in to respond to Houston Water customer calls or speak to the media about shutdowns.

In late November, Rodriguez spoke to media to inform Houston residents about potential changes in water pressure during a two-week valve replacement project at the Southwest Pump Station.

“Proactive maintenance is hard to convey. People don’t understand why we’re taking a waterline or a pump station down if it’s not an emergency,” she said. “We get folks call and say that we’re trying to harm them with various constituents in the water – several of which are naturally occurring. Nine times out of 10, all the customers want is to talk to somebody.

“A lot of times, what the media conveys doesn’t have all the facts or lacks context. They don’t understand the whole gist of water quality, the chemistry and the regulations of what we do. That leaves room for people to make their own assumptions, which can be dangerous,” Rodriguez said.

“Once we explain how water system works, where your water comes from, most of them are satisfied and their concerns are relieved.  They just want to be educated. It’s really just hearsay and the ideas they have created themselves that we are trying to dispel.”

Rodriguez moves fast and works efficiently, but she said her job is a marathon, not a sprint to the finish line. It can take weeks, months and even years to complete some projects. Even so, Rodriguez said she and her team have many achievements of which to be proud.

“Taking down the Southwest Pump Station was a huge victory,” she said. “We were so invested in it, we put our blood, sweat and tears into it. We spent nights at that plant. We put everything we had in it to make sure that it was successful.

“I love being able to make an impact on our water system and have the authority to coordinate and orchestrate these shutdowns. There is nothing more gratifying then seeing the fruit of our efforts come through.”

Read about how Rodriguez met her husband, George Rodriguez, a Houston Police Officer, in our related story, “Dial 911 for love.” 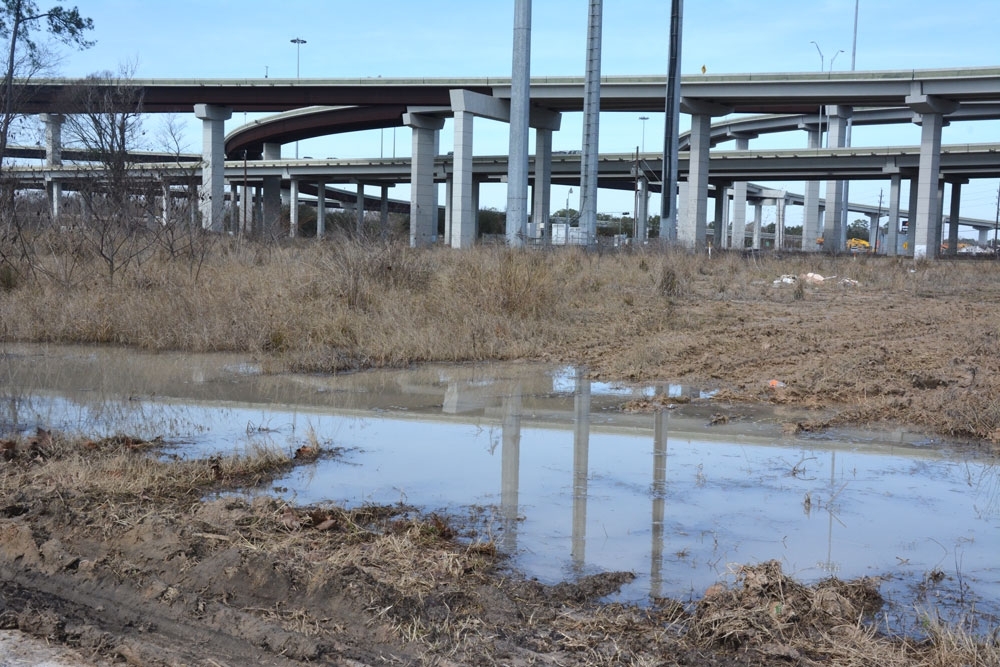 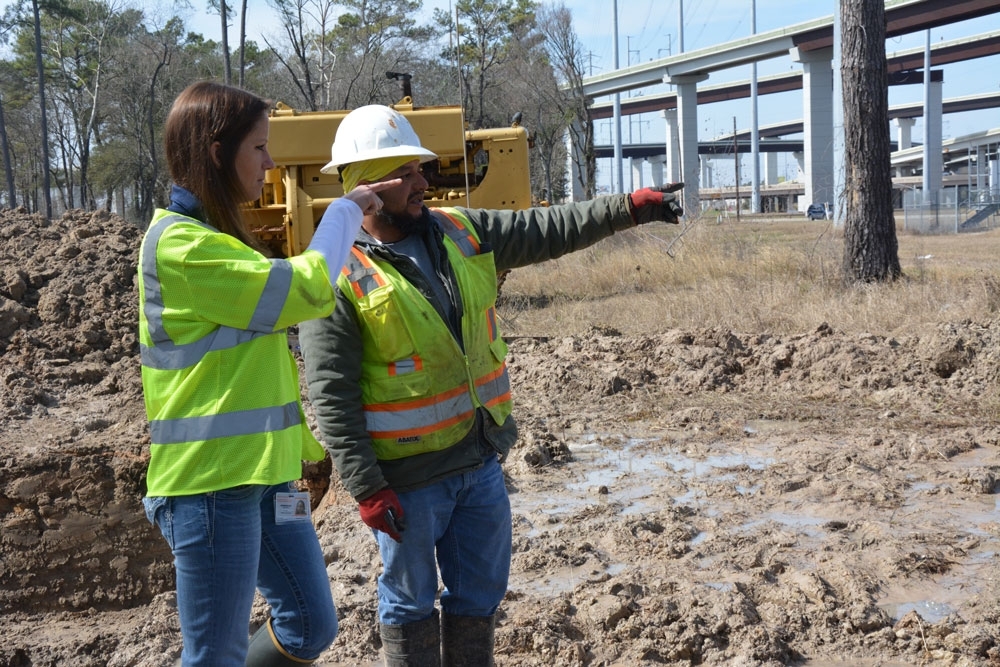 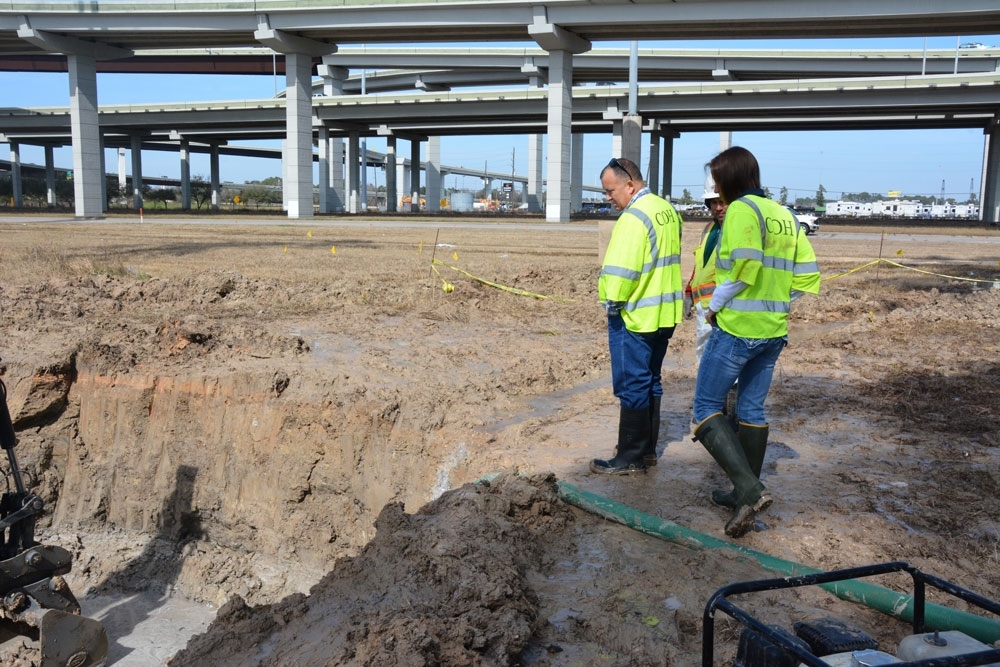 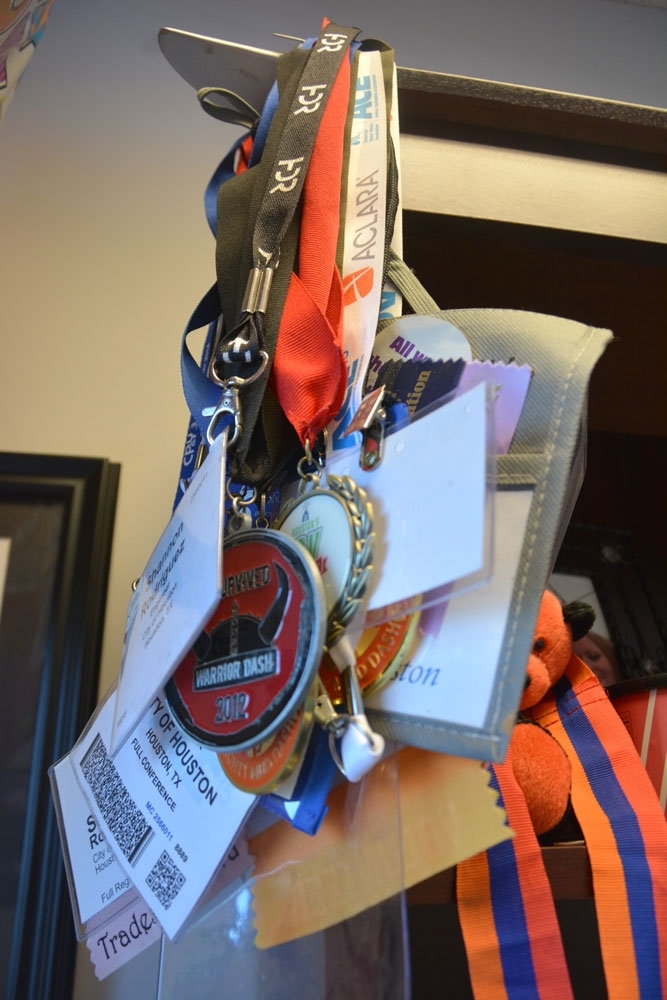 More in this category: « Hot shot mechanic turns the screws on fires Four-alarm foodie: David Paige feeds a hungry horde »
back to top 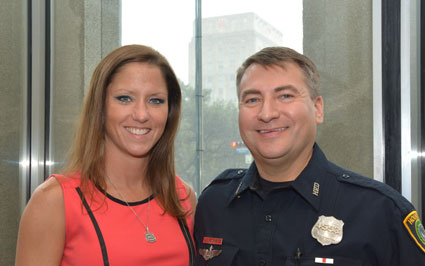 Working for the City of Houston brought Shannon and George Rodriguez together.