CDC and World Health Organization tips to help prevent and control the spread of antibiotic resistance: 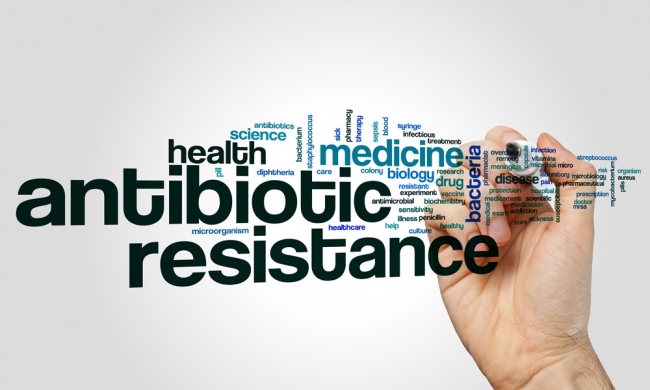 Alexander Fleming’s discovery of penicillin in 1928 and its mainstream availability in the 1940s saved millions of lives and revolutionized healthcare worldwide.

But now, nearly 100 years later, the overuse and misuse of antibiotics have prompted health authorities to raise a red flag and assert that we’ve had too much of a good thing.

With an estimated 2 million antibiotic-resistant infections and 23,000 related deaths reported each year in the United States alone, the Centers for Disease Control and Prevention and the World Health Organization single out antibiotic resistance as one of the biggest public health threats of our time.

The City of Houston Health Department is working with the CDC and other healthcare agencies to educate the public and healthcare providers about antibiotic resistance through awareness campaigns, infection control and tracking, and hosting an annual antimicrobial stewardship symposium. 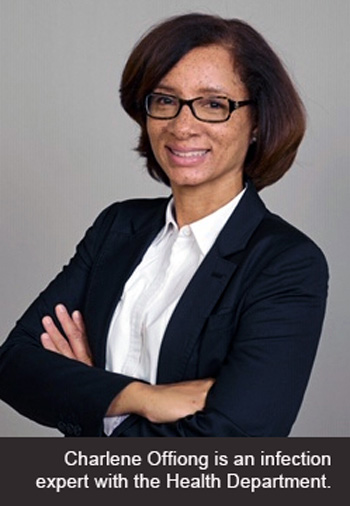 Her work, which is funded by a grant from the CDC, focuses on infections associated with healthcare settings such as hospitals, physicians’ offices, ambulatory centers and nursing homes.

“Some advancements in the medical field would not have been possible without antibiotics. Cancer treatment, organ transplant, caesarean sections, and life-saving measures for premature infants have been successful because we have had antibiotics to prevent and fight infections,” Offiong said.

“But every time we take an antibiotic, we give bacteria the opportunity to learn how to fight it.

“We’re seeing infections failing to respond to antibiotics.  Patients with resistant infections can have longer hospital stays and higher mortality rates,” she said.

The World Health Organizations lists pneumonia, tuberculosis, blood poisoning, gonorrhea and food-borne illnesses that cause gastrointestinal infections among the common diseases that are becoming increasingly difficult, if not impossible to treat in advanced cases.

This is particularly concerning in hospital settings where patients develop infections after an unrelated procedure, as well as the elderly patient population who have more than one chronic condition like diabetes and hypertension, leaving them more susceptible to infection.

Offiong cites several causes of antibiotic resistance, but chief among them is the overuse or inappropriate use of antibiotics.

It’s important to note that resistance occurs naturally as bacteria adapt and evolve, she said, but inappropriate use of antibiotics has made it easier for bacteria to triumph over the drug.

“It will take a change in behavior to prevent the common reaction of wanting an antibiotic. We’ve used antibiotics for so long, we tend to not see some of the associated adverse effects. It’s about changing the mindset that if you’re sick, you need an antibiotic,” Offiong said.

“Antibiotics are relatively inexpensive, so sometimes patients may not appropriately take the antibiotic. They’ll say, ‘I already feel better, so I can just stop taking these,’” she said.

The lack of new antibiotics on the market also threatens physicians’ ability to treat infections. The pharmaceutical industry has been slow to develop and introduce new antibiotics, Offiong said.

Investing in the development, production and marketing of drugs that treat a one-time or occasional infection is less profitable than producing drugs for chronic conditions taken daily over the lifetime of a patient, she explained.

That leaves doctors and patients with few alternatives to fight advanced, drug-resistant infections.

“When infections can no longer be treated by first-line antibiotics, more expensive medicines must be used,” the World Health Organization states on its website. “While there are some new antibiotics in development, none of them are expected to be effective against the most dangerous forms of antibiotic-resistant bacteria.”

Offiong said fighting antibiotic resistance will require enhanced communication between patients and providers as well as an overhaul in attitudes toward health and wellness.

“A lot of time there is pressure by the patient to ask for an antibiotic, and some physicians feel pressured to write a prescription for the patient,” Offiong said. “You call in sick, you go to the doctor’s office and you might feel like you need to come away with something more than advice go home, rest, drink fluids.

You need to listen to your doctor and take medications appropriately. We want patients to be informed so they can have productive conversations with their physicians and become empowered health advocates.”