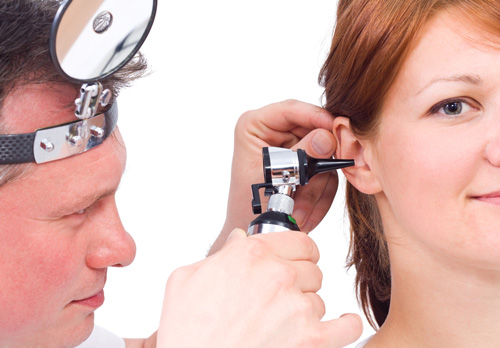 For the right equipment:

Signs you may have hearing loss:

How to protect your hearing:

Protect your ears now to save your hearing later

Michael Howard’s world is much quieter than it used to be.

Howard interprets building codes for the Public Works and Engineering Department at the Permitting Center on Washington Avenue. It is primarily office work — a far cry from the racket and noise of the woodworking shops where he got his start as a union carpenter nearly three decades ago.

These days, the soundtrack to his workday — gentle keyboard clicks, phone calls and normal speaking voices — is more like Barry Manilow easy listening compared to the heavy metal banging, buzzing and screeching of tools and machines early in his career.

Howard still hears the echoes of the machine shop, though, because prolonged exposure to high-decibel noise caused partial hearing loss and left a persistent ringing in his ears.

“The noise from the machines in the shop is extreme, to say the least,” Howard said. “Even when you are wearing earplugs and protective gear, sometimes it can put you on your knees. That’s how loud it gets. I think I lost about 60 percent of my hearing just due to that job, and it’s only gotten worse.”

Howard is not alone. Although hearing loss is often associated with aging, exposure to occupational and recreational noise impacts millions of people’s hearing for life regardless of age.

The American Academy of Audiology estimates that approximately 36 million Americans have hearing loss, and more than half of the hearing impaired are younger than 65. Hearing loss may be caused by genetics, injury or illness. But noise-induced hearing loss is increasingly common, according to the Occupational Safety and Health Administration.

OSHA estimates that 22 million American workers are exposed to potentially damaging noise on the job every year. That gets expensive too. Workers’ compensation spending totals almost $250 million nationwide. From airports and road crews, water treatment plants and solid waste, there are dozens of city jobs where employees are exposed to prolonged noise at work.

“My hearing loss affects me the most when I try to talk to people on the telephone,” Howard said. “It can be extremely frustrating because I’m continually asking them to repeat themselves. I can tell they’re talking loud enough and that I should understand them, but I just can’t make out the words they’re saying. It used to drive my previous boss crazy because she liked to call people on the speakerphone. I can’t hear at all on a speakerphone. With the background noise and the echo, voices just disappear in the noise.”

Noise-induced hearing loss is caused when hair cells in the inner ear are damaged. These sensory cells convert what we hear into signals to the brain. Damage to hair cells causes permanent hearing loss, according to the American Academy of Audiology. Eduardo Estrada, a HITS systems analyst, said his hearing was affected by exposure to noise from working in IT data centers and server rooms at previous jobs.

“At first it may sound like a good idea to have IT employees’ office inside these rooms for quicker access to the equipment, but in the long run, the noise from the HVAC units and servers and computers has the same effect as constantly hearing noise in the 90 decibel range,” Estrada said.

“After two months of working in the server room, my eardrums felt itchy. It felt like needles stabbing the inside of my ears by the end of the third month,” he said. “When you are exposed to such noise constantly, you develop hearing loss and a constant ringing in your ears that does not go away. … I noticed that sometimes I go deaf for about a minute or two. It starts like a tuning fork next to your ear and then it feels like you just dove into a swimming pool, where it sounds and feels like water and pressure in your ear canal, then silence. It gradually comes back.”

Muffled and distorted sounds, misunderstood speech and physical symptoms aside, untreated hearing loss can affect your quality of life. Common side effects include fatigue, irritability, tension, stress, withdrawal from social situations and depression, according to the Better Hearing Institute. 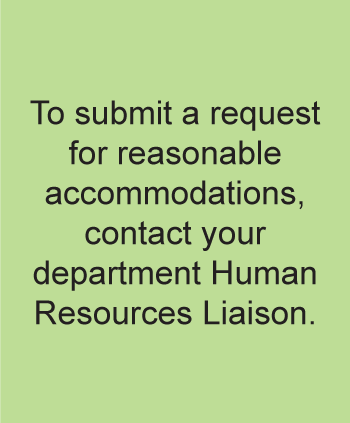 Howard can attest that straining to hear all day can take its toll.

Howard said he frequently seeks the solace of silence when he’s away from the office.

“It makes you feel like you have had to work twice as hard all day long just to hear, you just don’t want to do that when you get off work, so you try to find things that do not deal with hearing,” Howard said.

“Sometimes I isolate myself at home. The slightest loud noise makes the ringing in my ears worse. If I have family and friends come over, I back off if they start getting loud,” Howard said. “I have grandkids, and I have to watch myself closely to make sure I don’t get too irritable with them because of that. They know I have a hearing problem and they try to keep the noise down.”

Lindsay Canning, an assistant city attorney in the Legal Department, experienced genetic hearing loss at age 14. Canning said her hearing doesn’t get in the way of doing her job, but certain adaptive devices are helpful.

The city has two options available for captioning, said Alvaro Marron, a HITS system support analyst. The Clear Captions Ensemble phone is a tablet style phone separate from the Cisco desk phone that most employees have. When the Ensemble phone is used, calls are transcribed into text through a call center, Marron said. HITS is also piloting a caption service that displays on Cisco phones, but the pilot program is only compatible with certain phone models.

“We will determine the best solution, and we’ll work with the employee to register with a captions account while phone is configured,” Marron said. “Each registration asks the submitter to confirm under perjury of law that they are hearing impaired as the services provided are free of cost.”

Captions and adaptive devices can help you at work, but what happens at home? Canning said she uses a mobile app on her phone called InnoCaption.

An in-network audiologist or ear, nose and throat doctor must diagnose the employee’s hearing loss and determine eligibility for hearing aids. The cost depends on the employee’s health plan and the device that best suits the needs.