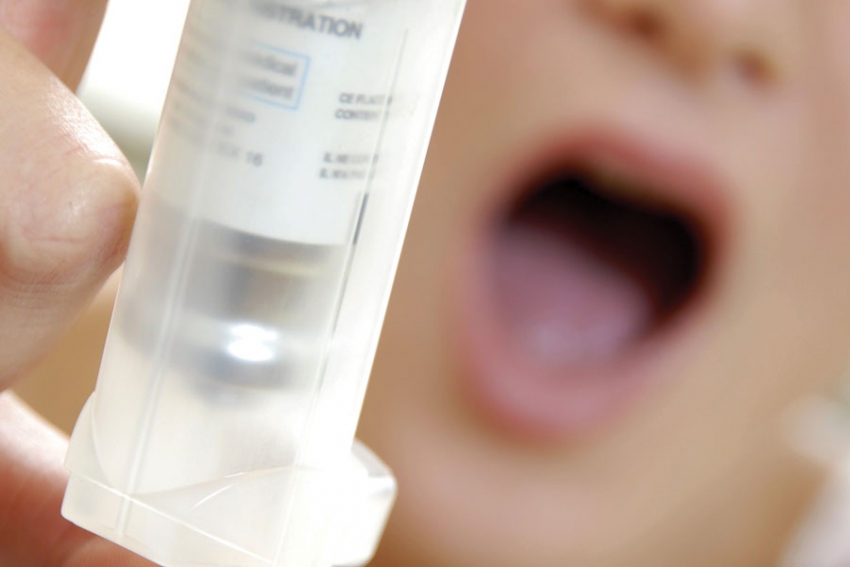 For asthma sufferers, health plan’s zero copays are a breath of fresh air

Like many 7-year-olds, Jocilyn Hudson was excited about her first birthday sleepover. But when Hudson began to wheeze and gasp for breath during a pillow fight, her friend got scared and called her mom. Hudson’s parents rushed her to the emergency room. They would spend the next four days in the intensive care unit of Chicago’s La Rabida Children’s Hospital.

“I wanted to still play even though I could not breathe,” said Hudson, now a senior account liaison with Public Works and Engineering.

Diagnosed with severe persistent asthma at 9 months, Hudson became familiar with doctor visits and trips to the emergency room at an early age.

“You get tired of going in and out of the hospital all the time,” she said.

Once a month since her diagnosis until age 17, Hudson had checkups with her family doctor. He reviewed her symptoms, attacks per day, and how well she moved air back-and-forth through her lungs.

“That type of information helps doctors understand what level you are and what medications you need,” said Dr. Mark Netoski, a pediatrician and Cigna’s medical director.

In 2012, more than 25 million adults and children were living with asthma in the U.S., according to the Centers for Disease Control and Prevention. The same year, more than 1 million emergency visits resulted in a diagnosis of asthma.

Although living with asthma can be challenging, it can be managed.

“You need your diagnosis, your asthma action plan, and to make sure you take your medications,” said Netoski.

“A controller is designed to keep you stable, and a reliever is for wheezing,” he said.

Although Hudson is not enrolled in the city’s health plan, having no copays for asthma medication will help employees manage the costs of the disease, she said. Replacing medication can be costly, especially if you’re a severe asthmatic.

Since moving to Houston from Chicago in July 2011, Hudson has suffered three asthma attacks and changed her asthma action plan six times.

With each change to her plan, her doctor increased the dosage on her inhaler, Hudson said. The air is more humid here.

Changes to asthma action plans are based on how the patient feels day-to-day and on symptoms, Netoski said. If a patient had a severe attack, they may need to be seen once a week.

Hudson sees her primary care physician three times a year and her pulmonologist twice a year.

“Anything that has to do with my asthma, he often checks with the pulmonologist if he alters anything,” said Hudson of her primary doctor’s efforts to co-manage her care with her pulmonologist.

Time for a change

“It’s like an itchy burning feeling inside of your lungs,” said Hudson of her most recent asthma attack last spring. “You can feel it. And then you start coughing and immediately start wheezing.

“It’s frightening,” she said. “I am a lot older, and I know the effects it can have on your body.”

After a cold, the flu, and a respiratory infection earlier this year, Hudson decided something had to be done.

“It’s very frustrating,” she said. “I’m the breadwinner of my home.”

Along with regular doctor visits, Hudson began to make positive changes in her diet and started working out.

“I could see the correlation with the medicine not working versus me not doing anything,” she said.

Three times a week, Hudson works out for 30 to 45 minutes at the Fonde Recreation Center or her home.

“I do a lot cardio and weight training,” Hudson said. “There’s less pressure on your lungs. There’s more clarity and the ability to do more. Exercise is a must.”

“Exercise is generally good to maximize your health,” he said. “But you might have to premedicate.”

Hudson, who never leaves home without her inhaler, believes diet and exercise have helped make a difference.

“In order to be functional with this disease, you need to have all those components,” she said.

“We try our best to be a team,” Hudson said.

Hudson has learned to recognize and try to avoid her asthma attack triggers: stress, negative environments and negative people.

And she also avoids environmental irritants.

“Mites, certain plants I can’t be around, or cats,” Hudson said.

For Hudson, a change in the season could result in an increase of symptoms.

“Anytime we have an equinox or solstice, I’m prepared that I may get sick,” Hudson said.

“Dust mites, pet dander, and roach droppings are the most common triggers,” he said.

And don’t smoke, he added.

“If you can smell it, it can trigger an attack,” said Netoski of cigarette smoke particles that act as irritants once released into the air.

“There might be some sacrifices the family has to make to ensure the health of the patient,” said Netoski of eliminating exposure to possible triggers. 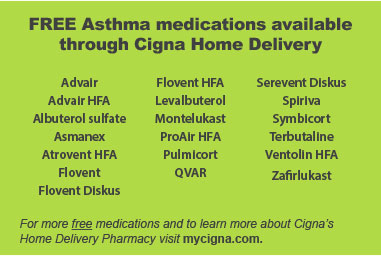 Hudson said emotional wellness, family support, and self-accountability have helped her regain control of her asthma symptoms. She also understands the importance of taking her medications, getting checkups, and maximizing her overall asthma health.

“You could die from this,” said Hudson. She should know. Three of her friends died from asthma complications, she said.

Patients who don’t take their controller medications as prescribed might discover that their reliever medications don’t work well, Netoski said. Then they can find themselves in an emergency situation.

“A lack of ability to get enough oxygen to your lungs is life-threatening,” he said. “Once you’re diagnosed with asthma, you need to take it seriously.”